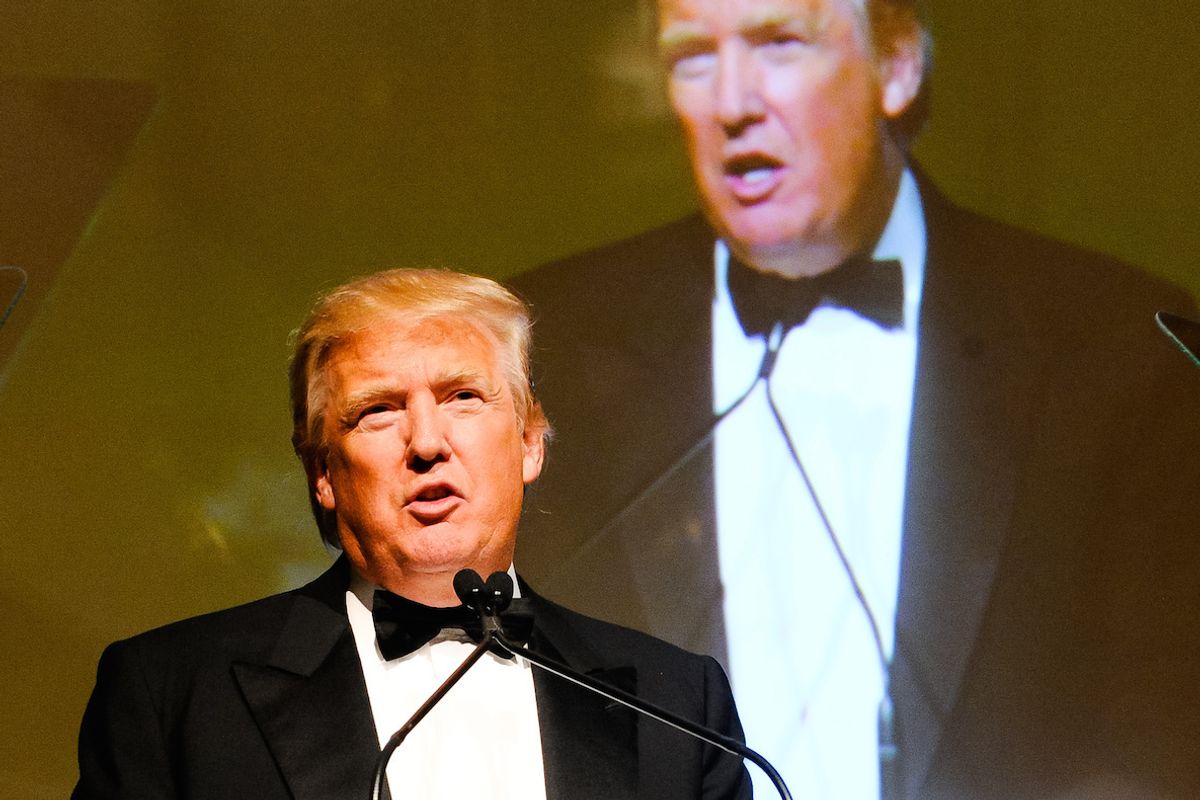 [UPDATE] Poem For Trump Is NOT Being Used For Inauguration

UPDATE: As corrected by Snopes.com, the poem believed to be the **official** poem used for Donald Trump's inauguration on Friday was simply inspired by it. AKA it's not the official poem.

The poem, which was not commissioned by Mr Trump or his transition team, refers to snatching power from "a tyrant" who has "ill-gotten power".

It was written by celebrated American poet Joseph Charles McKenzie of the Society of Classical Poets.

The group said the inspiration behind the poem is "to touch on the classical poetry existing throughout American history, and the inauguration poem marks important moments in US political history".

They are merely "recommending" it for Trump's team to use.

A poem written President-elect Trump's inauguration this Friday celebrates the Trump clan's Scottish roots (his mother, Mary Anne Macleod was born and raised in Scotland till she was 18) while taking time to exalt Trump to Christ status, and call President Obama a "tyrant."

The piece was written by Joseph Charles McKenzie, from the Society of Classical Poets, premiered in The Scotsman magazine this past weekend, and contains more fuckery than you'd even fathom:

Come out for the Domhnall, ye brave men and proud,

The scion of Torquil and best of MacLeod!

With purpose and strength he came down from his tower

To snatch from a tyrant his ill-gotten power.

Now the cry has gone up with a cheer from the crowd:

"Come out for the Domhnall, the best of MacLeod!"

When freedom is threatened by slavery's chains

And voices are silenced as misery reigns,

We'll come out for a leader whose courage is true

Whose virtues are solid and long overdue.

For, he'll never forget us, we men of the crowd

Who elected the Domhnall, the best of MacLeod!

When crippling corruption polluted our nation

And plunged our economy into stagnation,

And plump politicians reneged on their promise

The forgotten continued to form a great crowd

That defended the Domhnall, the best of MacLeod!

The Domhnall's a giver whilst others just take,

Ne'er gaining from that which his hands did not make.

He's enriched many cities by factors of ten.

The honest and true gladly march with the crowd

Standing up for the Domhnall, the best of MacLeod!

True friend of the migrant from both far and near,

He welcomes the worthy, but guards our frontier,

Lest a murderous horde, for whom hell is the norm,

Should threaten our lives and our nation deform.

We immigrants hasten to swell the great crowd."

Coming out for the Domhnall, the best of MacLeod!

No longer policing our words and our thoughts;

Its ignorant hirelings pretending to teach

Are backward in vision, sophomoric in speech.

Now we learnèd of mind add ourselves to the crowd

That cheers on the Domhnall, the best of MacLeod!

The poor man, the sick man, with young children crying,

The soldier abroad and the mother who waits,

The young without work or behind prison gates,

The veterans, wounded, all welcome the crowd

That fights for the Domhnall, the best of MacLeod!

Teach women to look and behave like us chaps,

The Domhnall defends the defenseless forlorn;

For, a woman's first right is the right to be born.

Now the bonnie young lassies that fly to the crowd

Have a champion in Domhnall, the best of MacLeod!