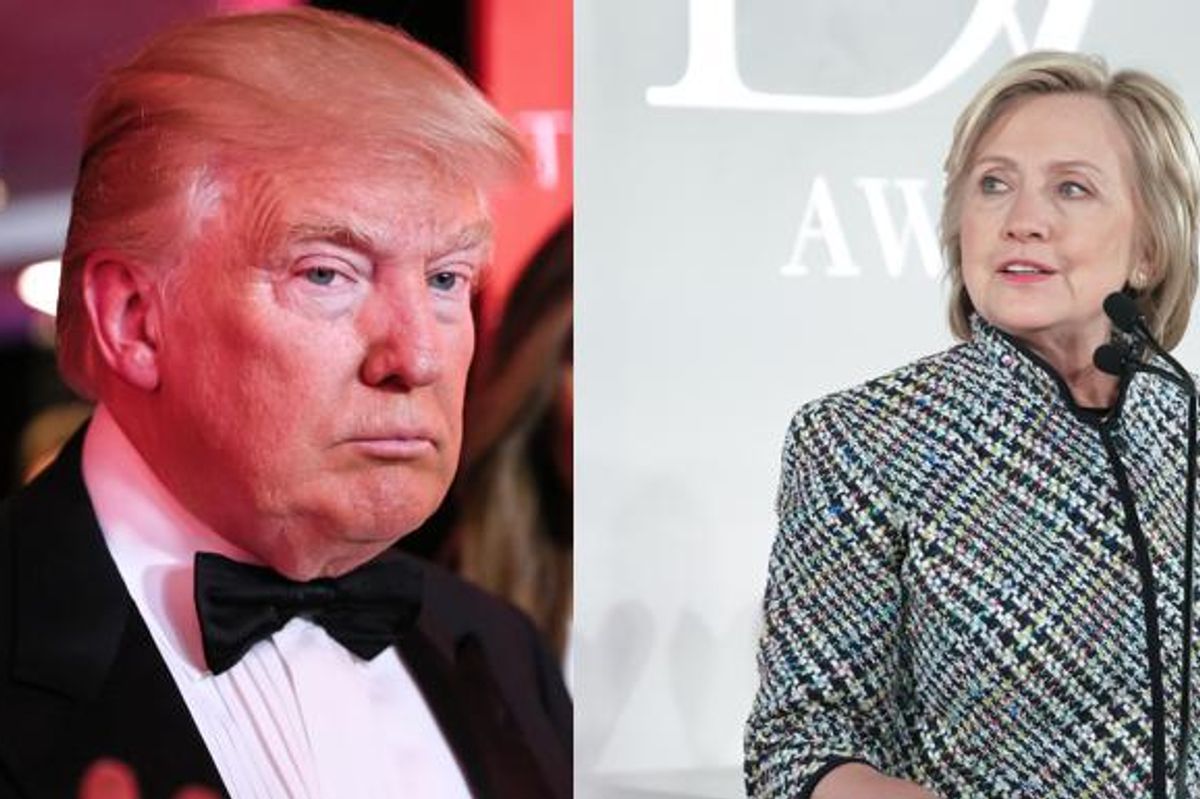 And it's as obnoxious as you'd expect.

While the nation (and free world) gnaws off our collective hand in nervousness over the first presidential debate tonight, the Trump/Pence campaign has bought a new political Snapchat filter ahead of it.

While other presidential candidates, including Hillary, as well as her former Democratic nominee rival Bernie Sanders, have purchased localized filters on the social media platform, this is the first-ever nationwide filter.

I can't even fathom how much our orange-haired harbinger of Hell dolled out for this.

Even if the "Crooked" part were true, I would take one thousand flaming Crooked Hillarys over one racist, woman-hating demagogue in any lifetime.