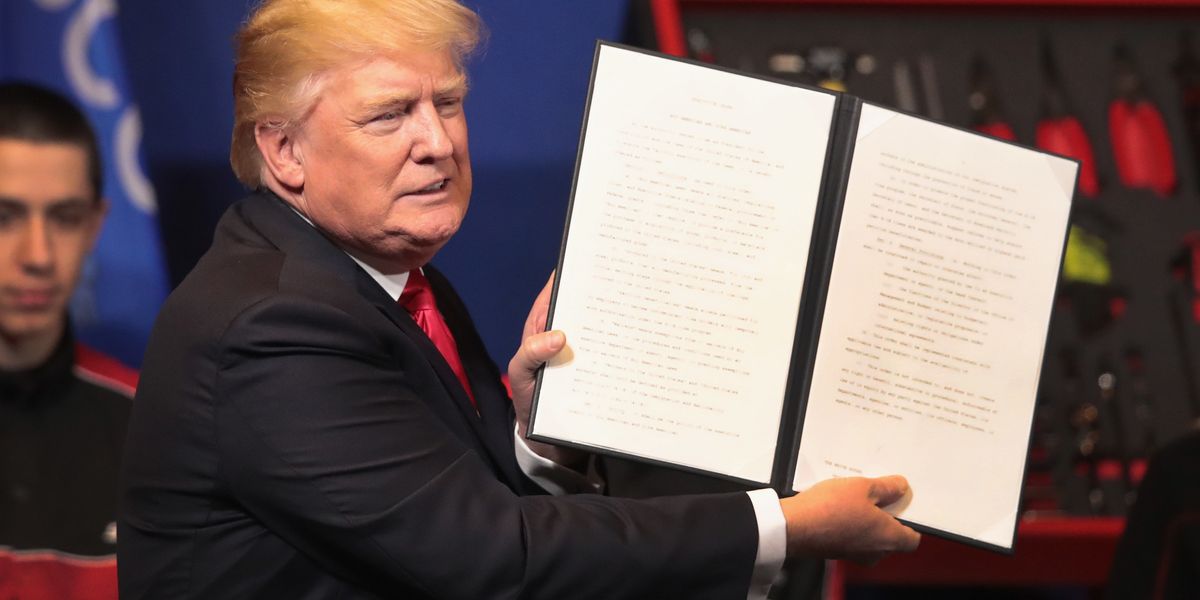 Another day, another racist Trump policy. Trump has decided to rescind a program called H-4EAD, which allowed spouses of immigrants living in the U.S. under H1-B visas to work. Now, those spouses, who are predominantly Indian women, will have to stop working when the policy goes into effect in June.

H1-B visas are in such high demand that the applications filled up in a week, The New York Times reports. Most of the people applying are Indians. While other skilled workers often get permanent residency within a year or two of applying, Indians often have to wait up to a decade because so many people are applying from their country. For this reason, spouses who came with partners on H1-B visas were prohibited from working for many years despite often being highly educated.

Ending 4-EAD only makes that wait time longer and more complicated. It can also lead to children who came to the country with their parents being deported. If their parents don't get greencards by the time their children turn 21, they can no longer live in the country.

The policy will mean economic hardship for the immigrant families affected as well as a loss of skilled workers to the U.S. economy. It is rooted deeply in Trump's fear of brown and black people working and living in the U.S. despite the countless ways they contribute and deserve to be here.