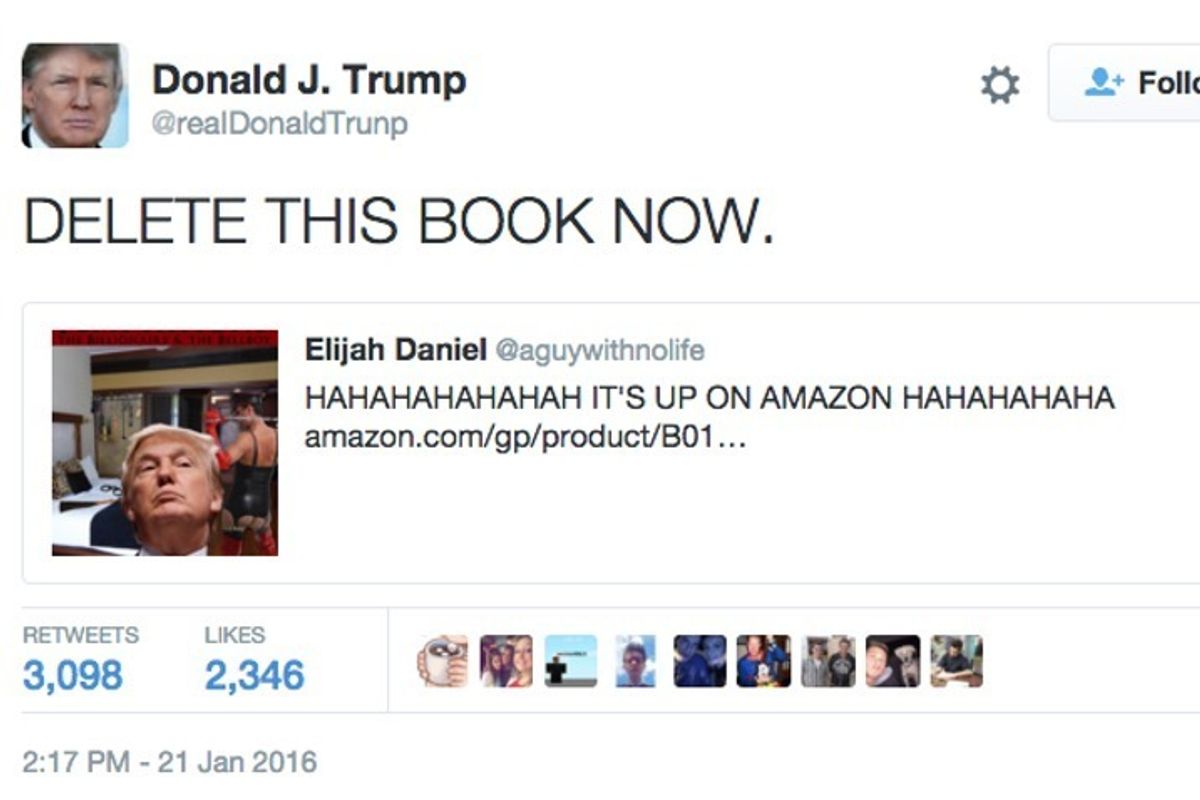 There's been a popular debate in the comedy world in recent years over what topics are acceptable to joke about. Are there some things that are simply too dark, too horrible, too unimaginable to mine for humor? Comedian Elijah Daniel has fearlessly engaged with this delicate subject by creating comedy from from the most grotesque, horrifying, twisted question plaguing contemporary American culture: what is it like to have sex with Donald Trump?

Inspired by a recent Huffington Post article, Daniel jokingly tweeted that he planned to write a Fifty Shades of Grey-inspired paean to the presidential hopeful and "soggy Cheeto". After prodding from his followers, the author made good on his word and wrote the work in a fit of inspiration over the course of four hours (aided by four bottles of wine).

i'm going to get drunk tonight and write an entire donald trump sex novel like 50 shades of grey & put it on amazon tomorrow i swear to god.
— Elijah Daniel (@aguywithnolife) January 21, 2016

Originally published four days ago, the steamy, gag-inducing tale has already racked up one hundred forty-three reviews, ninety-five percent of which have been five stars.

On the title page, Daniel notes: "All characters in this book, including those inspired by real people, are fake. Everything in this book is fake. And after this book, my parents' love for me will probably also be fake."

If lines like, "His gorgeous ass flapped behind him like a mouthwatering stack of pancakes in his pants" do it for you, you can purchase the book for $1.99 on Amazon. Then, when you finish, cleanse your palate with something less disgusting, like the infamous Marquis de Sade-inspired film of sexual torture and degradation Salo.