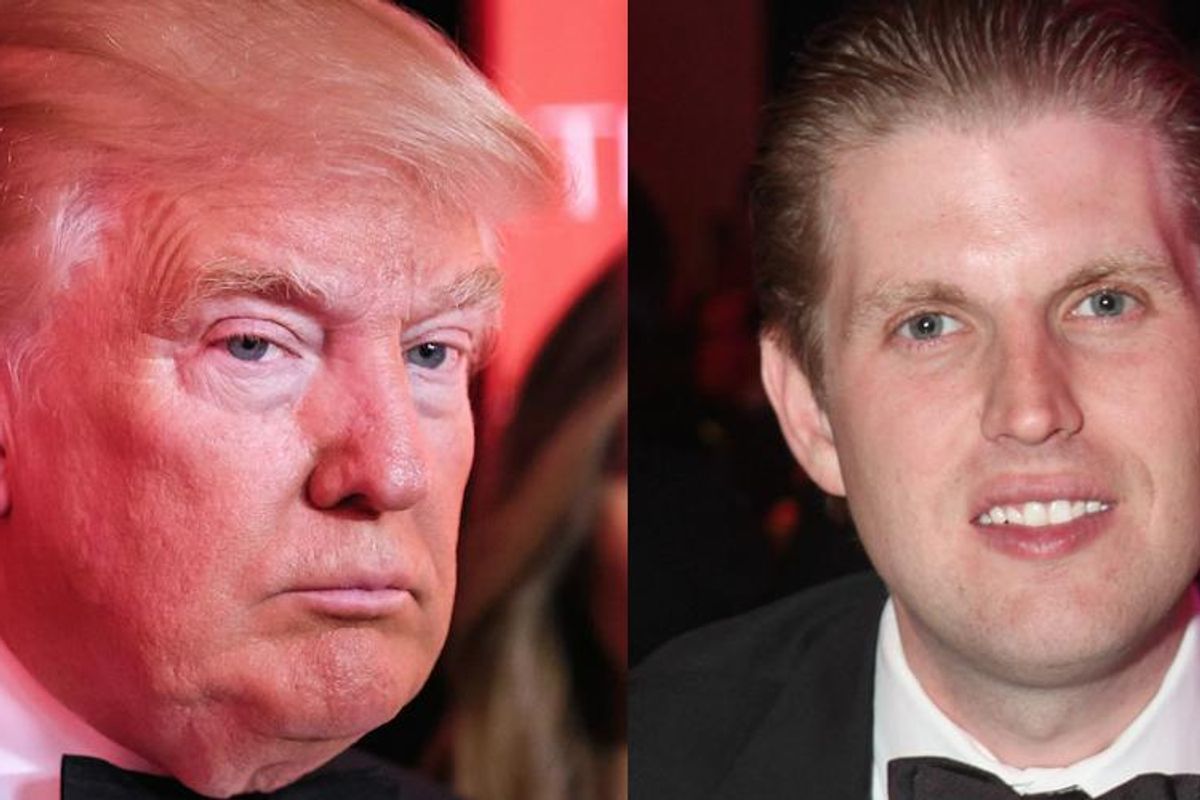 Right now, as the sky darkens, and ushers us into the long, starless twilight ahead of us--maybe an eternity! The world seems uncertain, unpredictable, and frightening. But right now, we're granted some reprieve from the collective breath-holding--a point of stability--that all is truly right.

That at least one of the truths we know remains a truth--not some abstract, rootless thing spinning endlessly through fiery blackness.

Republican presidential nominee Donald Trump, and his son Eric Trump seemed less than able to trust their wives (Melania Trump, Lara Trump) to make their own choices while voting in Manhattan earlier today. Fortunately, we trust America (kind of).