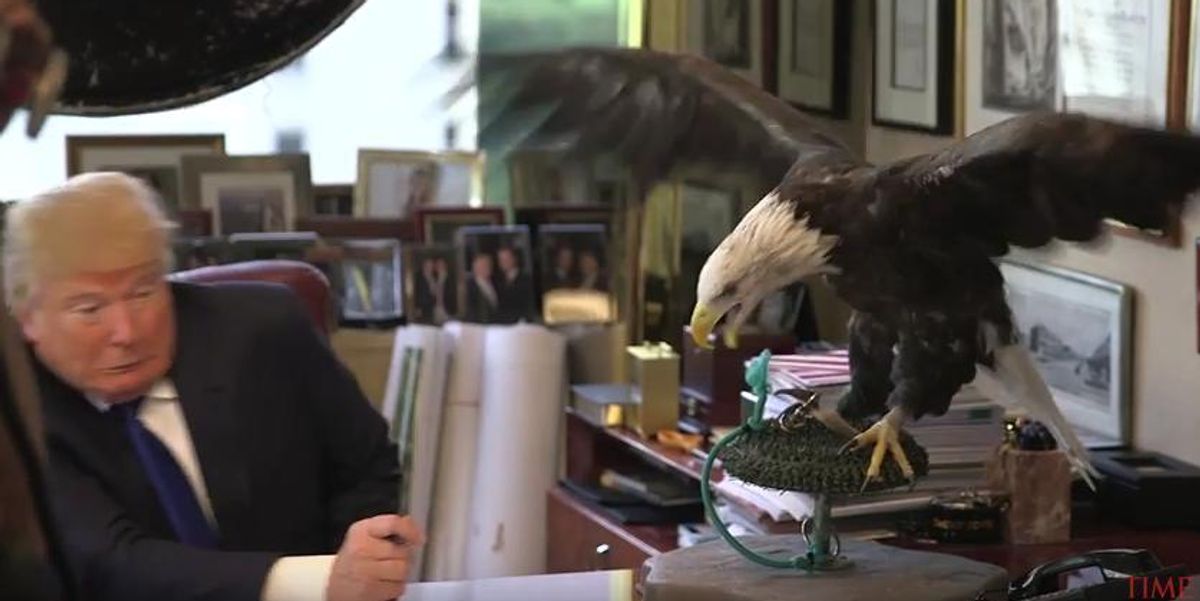 In case you had a sheet pulled over your head yesterday (hey, it happens), perhaps the greatest footage of 2015 began making the web rounds.

Sentient garbage water Donald Trump got a few more pumps in his infinitely expanding ego-balloon, after TIME gave him the "runner-up" spot in their Person of the Year contest.

During his photo shoot, the heir turned fascist posed with a literal bald eagle (huh), and in a gorgeously meta-turn, things went...south.

Graciously, TIME released the video for our viewing pleasure:


The eagle must've sensed Trump's chasm-heart, and made many attempts to claw at him.

President Bitch Boy had someone repeatedly fixing his infamous comb over; WAH, WAHHHHH.

Trump plays it off like he's chill about it, but the genuine fear in his eyes will assuredly make your week.