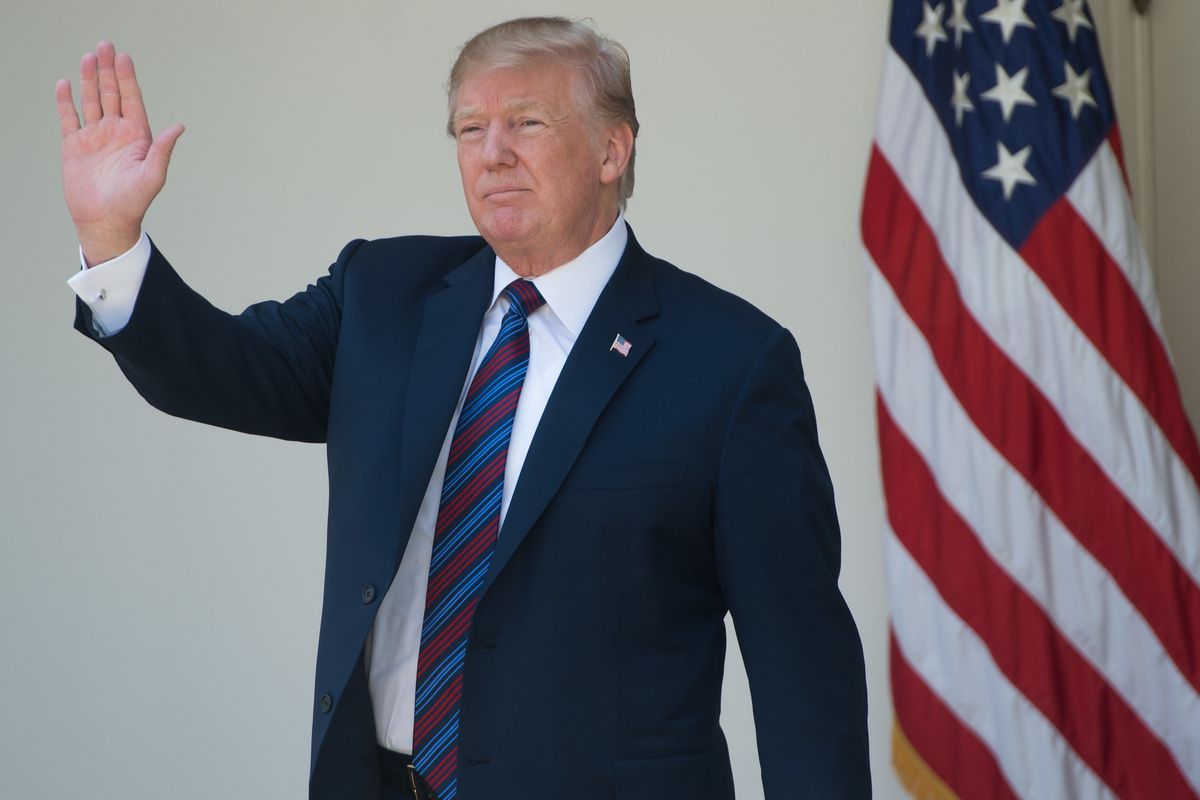 "It stayed with me, that I've never seen him laugh," he said." Not in public, not in private. And at a dinner with someone — I mean, I'm not a comedian but I occasionally say something that's funny that people chuckle with each other. But I never saw anything that resembled a laugh...And so I went and tried to find examples of videos where he's laughing and I could only find that really wasn't a genuine laugh."

Comey describes Trump's lack of laughter in his memoir too, writing that it is likely rooted in his, "inability to be vulnerable or to risk himself by appreciating the humor of others, which, on reflection, is really very sad in a leader, and a little scary in a president."

Trump has responded with characteristic eloquence. He countered the allegation that he doesn't have a sense of humor by declaring that Comey is "not smart!" Burn.

There are several videos of Trump laughing, but they are few and far between — a stark contrast to former President Barack Obama, who was not only poised and affable, but also very funny in his own right. In a meta turn of events, you can see Obama discussing one of his favorite things to laugh about...President Trump: