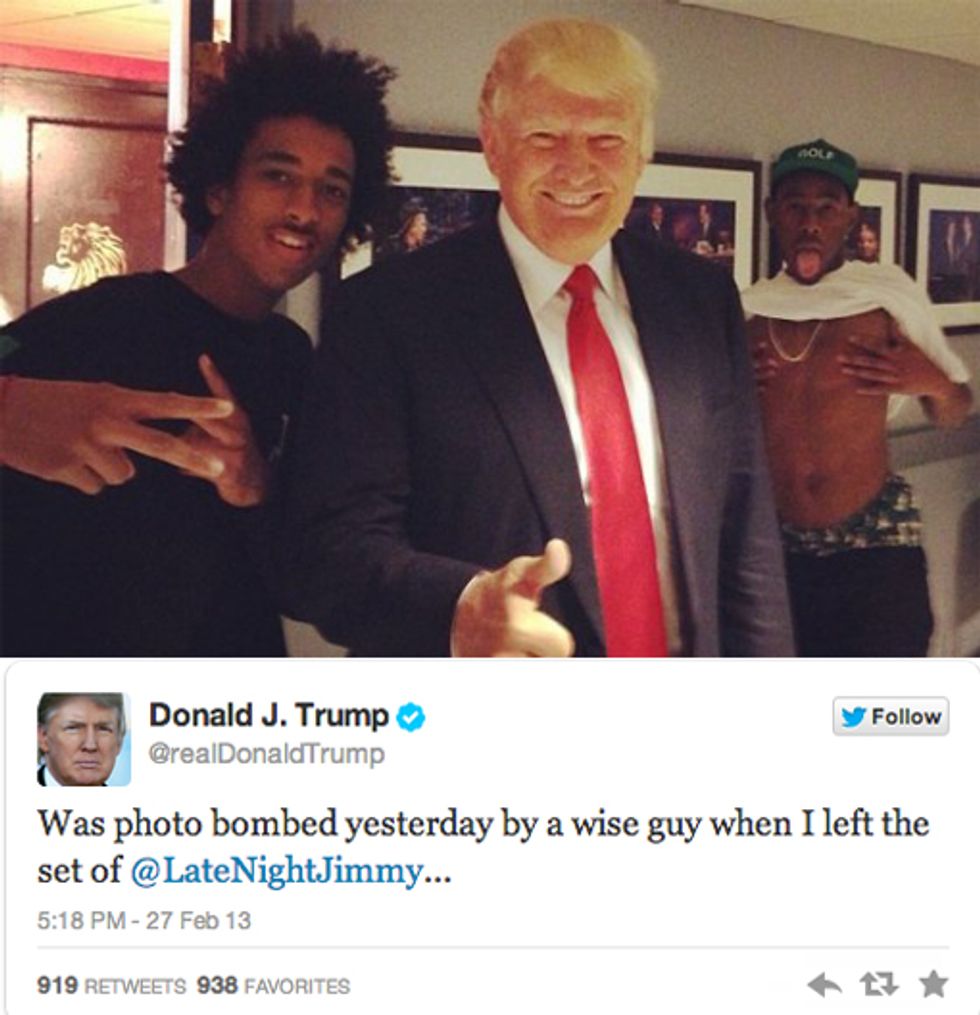 1.  Donald Trump didn't appreciate Tyler, the Creator photo-bombing him on the set of Late Night With Jimmy Fallon last night -- but holy shit, we did. [via Daily Intel] 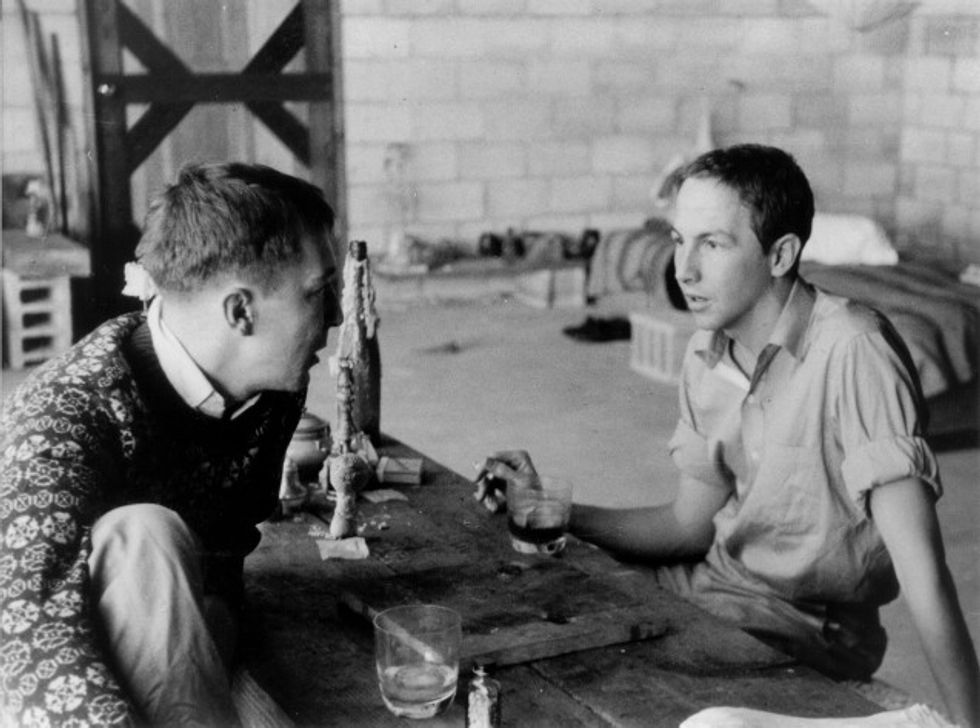 2.  MoMA's new installation on the art of Jasper Johns and Robert Rauschenberg is getting flack for not acknowledging the artists' 6-year long homosexual relationship. Just a reminder of MoMA's track record: they're still mum on Andy Warhol's sexuality. [via Slate] 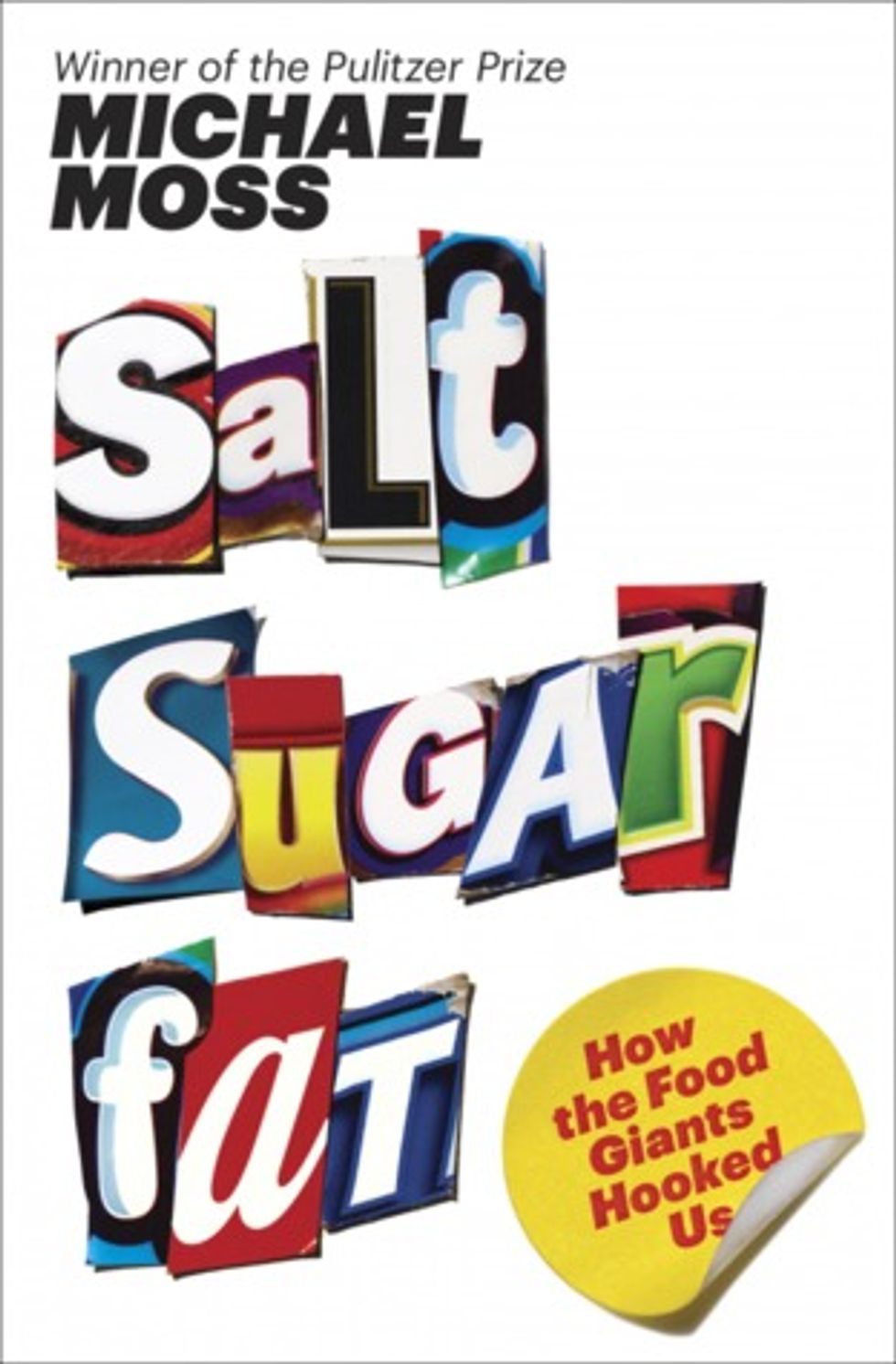 3.  Pulitzer Prize winner Michael Moss's new book Salt Sugar Fat reveals a ton of unsavory details about how little America's biggest food companies seem to care about the safety or health of their costumers. Examples include Coca Cola referring to its biggest drinkers as "heavy users" and Frosted Mini Wheats using extremely faulty science to convince parents that the cereal is beneficial. The book sounds like a must-read and also so, so depressing. [via NPR Books] 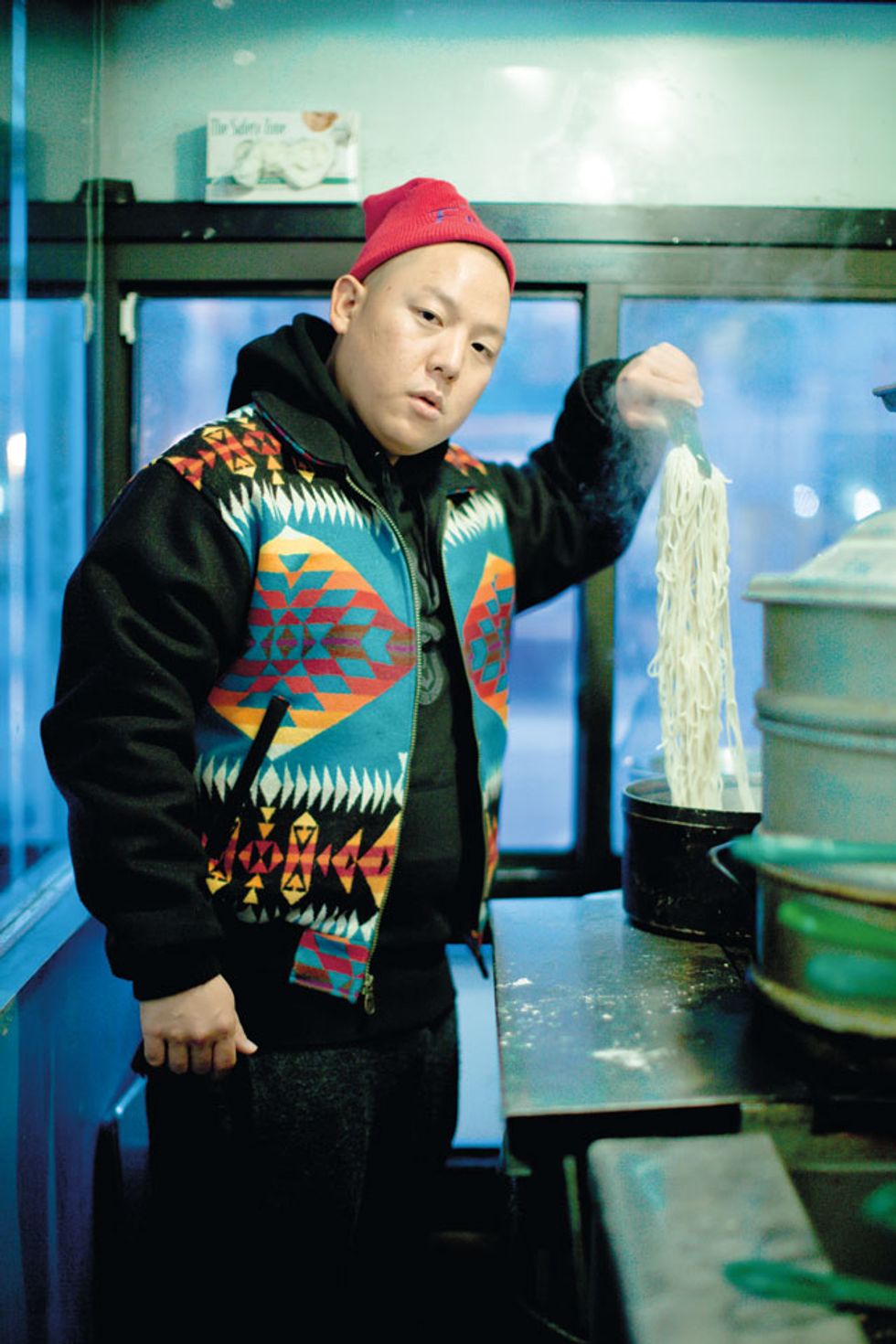 4.  Eddie Huang is writing another book! The next one will be called Undercover Brother and will focus on a trip Huang took with his brother to mainland China. We'll definitely be reading that. [via Eater] 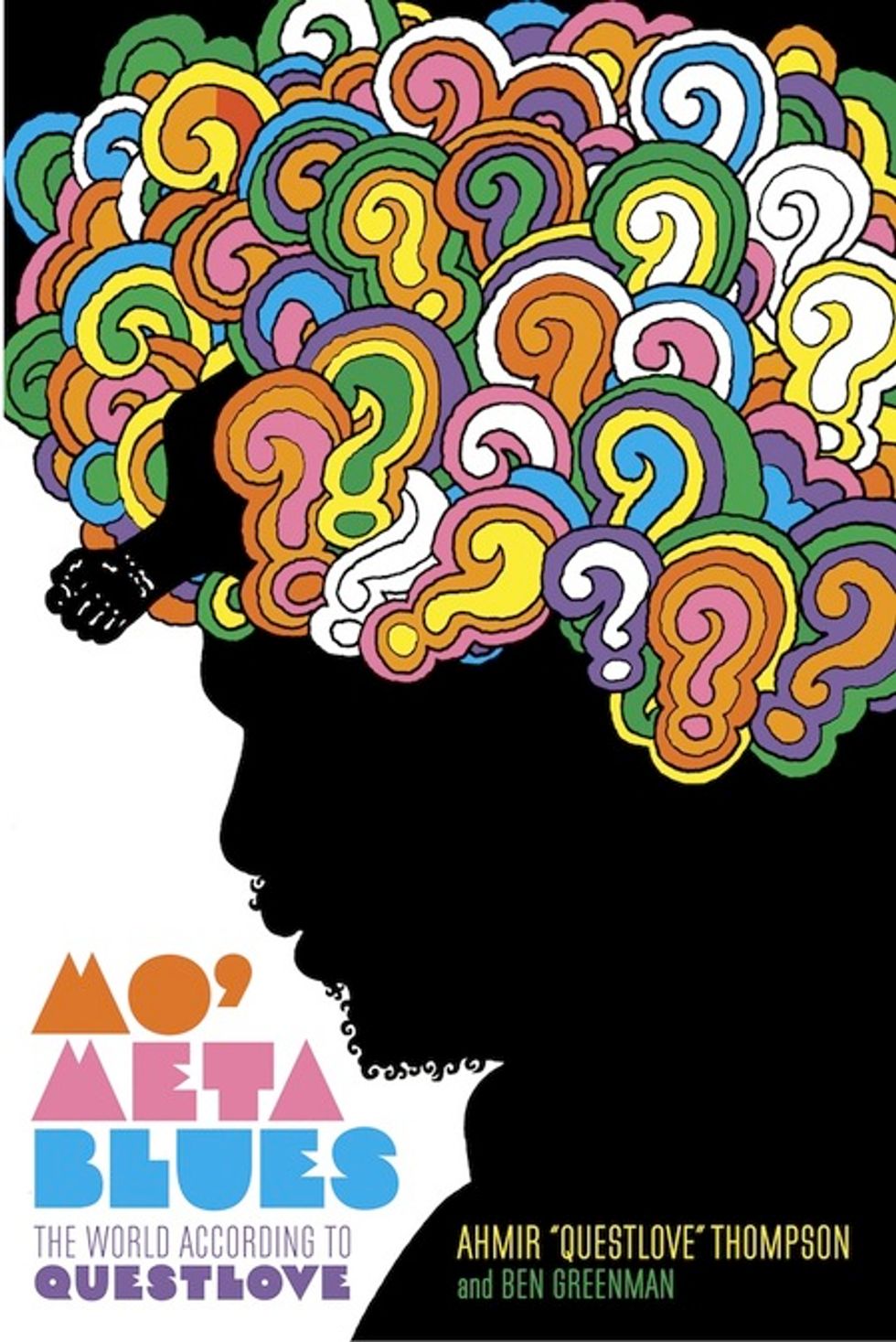 5.  Man, it's the day of people landing memoirs. Questlove, drummer of The Roots, will publish his memoir Mo' Meta Blues: The World According to Questlove on June 18th. It's described as "a punch-drunk memoir in which everyone's favorite Questlove tells his own story while tackling some of the lates, the greats, the fakes and the true originals of the music world." We would read that for the crazy stories about celebs whose identities are thinly veiled. [via Pitchfork] 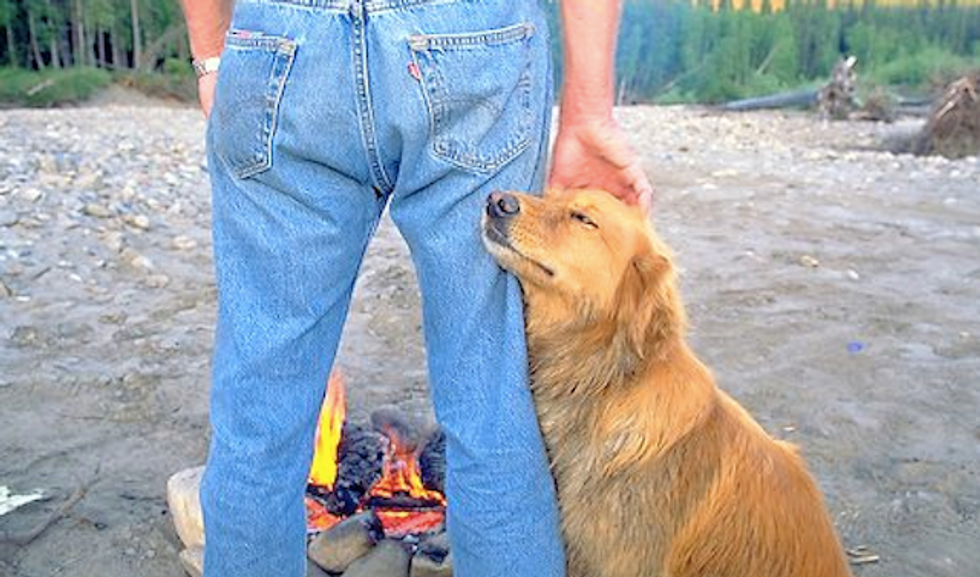 6.  A dog accidentally shot its owner in Florida. Are we really that surprised? [via Death and Taxes] 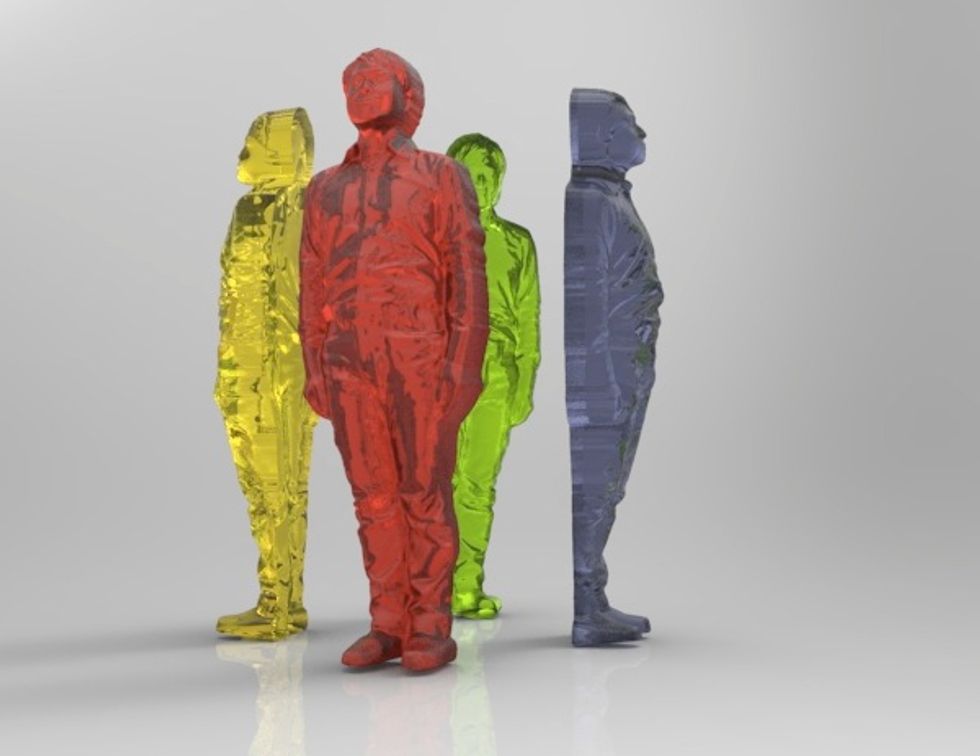 7.  Meanwhile, in Japan, a company called FabCafÃ© will make a 3D scan of your body and make a life-size gummy replica of you for around $65. Delicious, creepy, and surprisingly cheap (we think). [via BetaBeat]