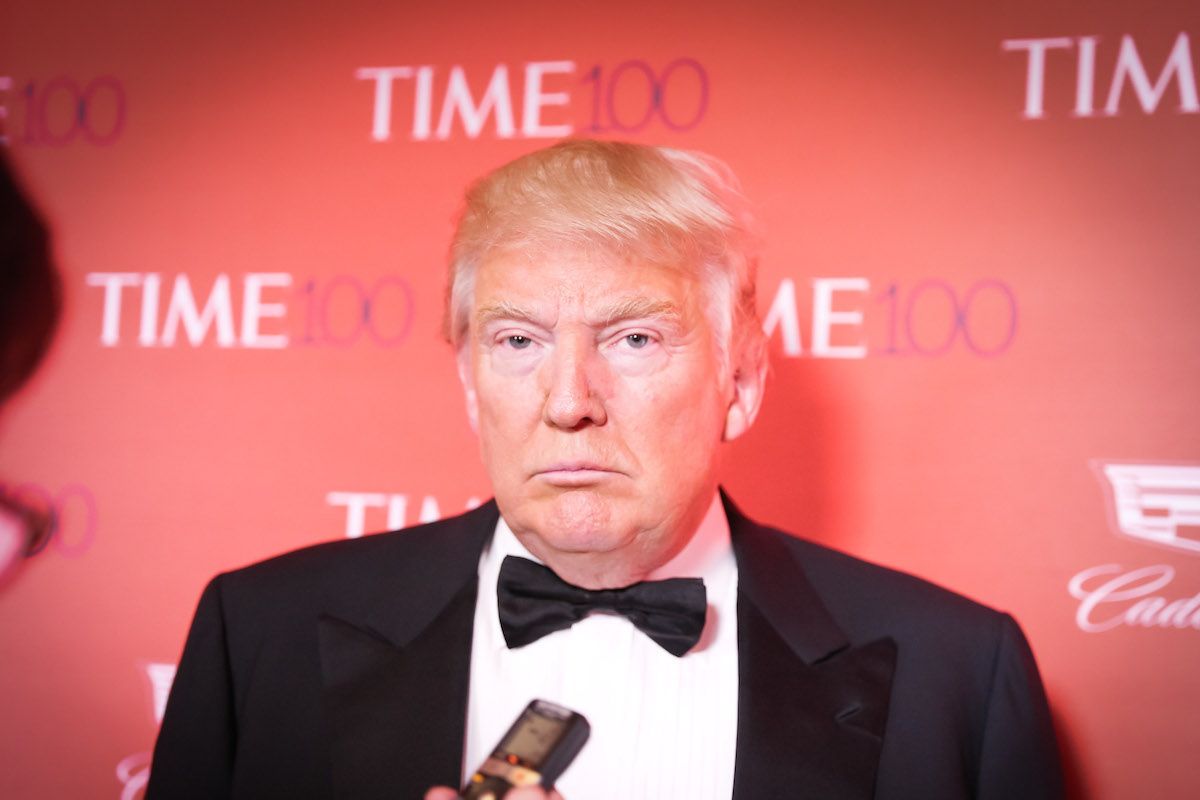 Donald Trump's truly deranged vendetta against former Miss Universe winner Alicia Machado continues to reveal just how big the cracks in his mental stability are: the Republican presidential nominee unleashed a new Twitter rant about Machado, who Trump--the co-owner of the pageant--systematically bullied and harassed over her apparent weight gain following her 1992 win.

Early this morning, Trump tweeted about opponent Hillary Clinton, claiming her mention of Machado at the debate, and her campaign featuring her in an ad, is part of an unfounded smear attack; he asserted that Clinton helped Machado become a U.S. citizen as a prop for her to use against him. He also insulted Machado, once again, calling her "disgusting" and claiming she had a sextape.

Did Crooked Hillary help disgusting (check out sex tape and past) Alicia M become a U.S. citizen so she could use her in the debate?
— Donald J. Trump (@realDonaldTrump) September 30, 2016

The Daily Dot points this Twitter user, who completely eviscerates that assertion, citing their own journey to getting citizenship:

As someone who recently became a citizen, I have some things to say about this. 1/? https://t.co/SNRMgVCnfi
— Polly Mosendz (@polly) September 30, 2016

Trump carried on with his appalling tirade:

Wow, Crooked Hillary was duped and used by my worst Miss U. Hillary floated her as an "angel" without checking her past, which is terrible!
— Donald J. Trump (@realDonaldTrump) September 30, 2016

He used the word "paragon":

Using Alicia M in the debate as a paragon of virtue just shows that Crooked Hillary suffers from BAD JUDGEMENT! Hillary was set up by a con.
— Donald J. Trump (@realDonaldTrump) September 30, 2016

And he continues to be one of those people who spells judgment, "judgement."

He railed against the LIARS!

He also initiated a boycott of USA Today, which earlier this morning ran an article, written by its editorial board, entitled "Why Trump is unfit for presidency."

The people are really smart in cancelling subscriptions to the Dallas & Arizona papers & now USA Today will lose readers! The people get it!
— Donald J. Trump (@realDonaldTrump) September 30, 2016

"The people." What people? I'm not the people!

Hillary responded to this rant, calling it what it is:

What kind of man stays up all night to smear a woman with lies and conspiracy theories?
— Hillary Clinton (@HillaryClinton) September 30, 2016

Alicia deserves praise for courageously standing up to Trump's attacks. And he has the gall to blame her—and say he "helped"?
— Hillary Clinton (@HillaryClinton) September 30, 2016

She ties this to the larger issue at hand:

When something gets under Donald's thin skin, he lashes out and can't let go. This is dangerous for a president.
— Hillary Clinton (@HillaryClinton) September 30, 2016

She mentions other women who Trump has attacked, including Kimberly Noel Kardashian West:

This all relates to Trump's most blatant problem:

Let's see that contempt spelled out:

Abortion? Should be "punished."