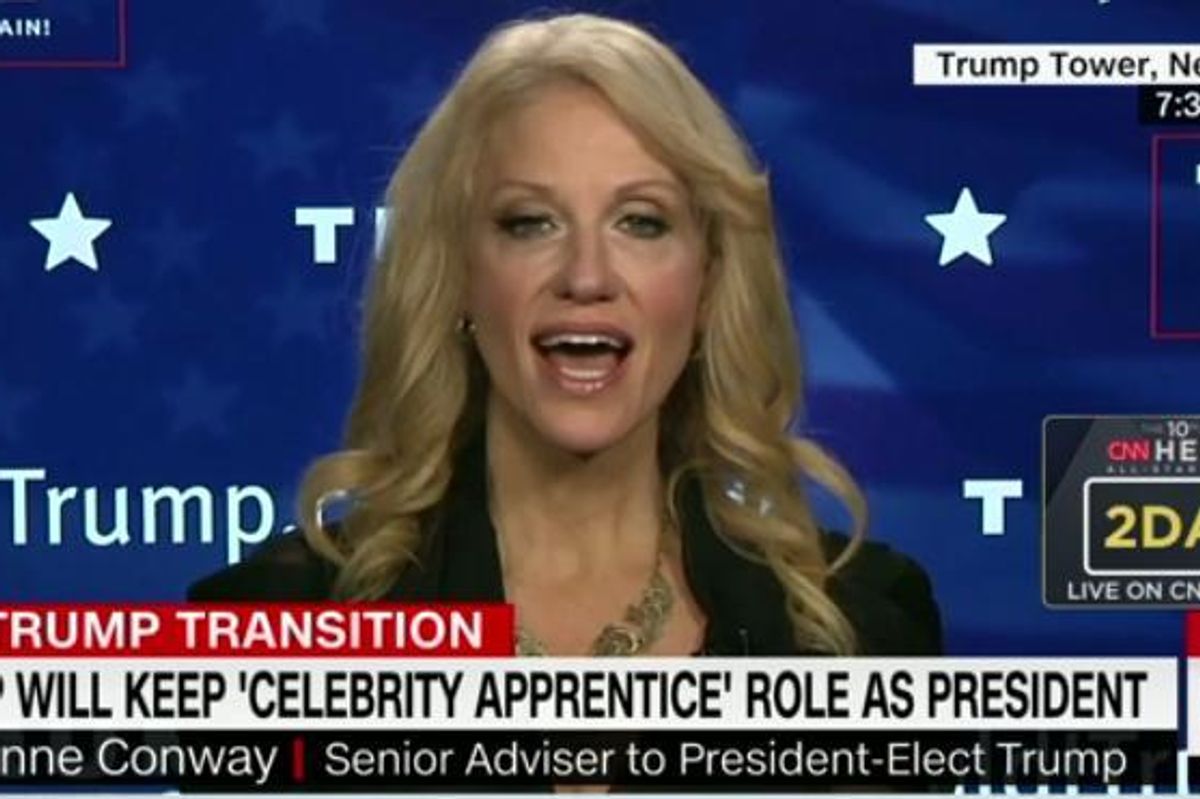 Donald Trump Will Work On 'Celebrity Apprentice' In His "Spare Time"

President-elect Trump continues to drag us into his Horror Carnival, now revealing his plans to remain executive producer of Celebrity Apprentice--which he used to host, and was replaced by with Arnold Schwarzenegger--during his hopefully single term as leader of the free world.

Our president is going to work on a reality show while he...presides.

This, of course, will be in his "spare time," according to Prophet Trump's campaign manager/top advisor, Kellyanne Conway, when interviewed on CNN this morning. Conway says "presidents have a right to do things in their spare time," even though--as CNN's Alisyn Camerot asked--Conway and the Trump campaign were ravenously critical of President Obama's "constant" golf trip.s

He's a very transparent guy. Everyone can see what he's doing, and the fact is that he is conferring with all types of experts who tell him what he can do and not do as President of the United States. If this is one of the approved activities, then perhaps he will consider staying on.

"PERHAPS HE WILL!!!!!!" Kellyanne says, later tonight, her head hanging out the window of her chauffeured Escalade, as it flies down the Garden State Parkway--the wind ripping through her white, shocked hair as she laughs and laughs.