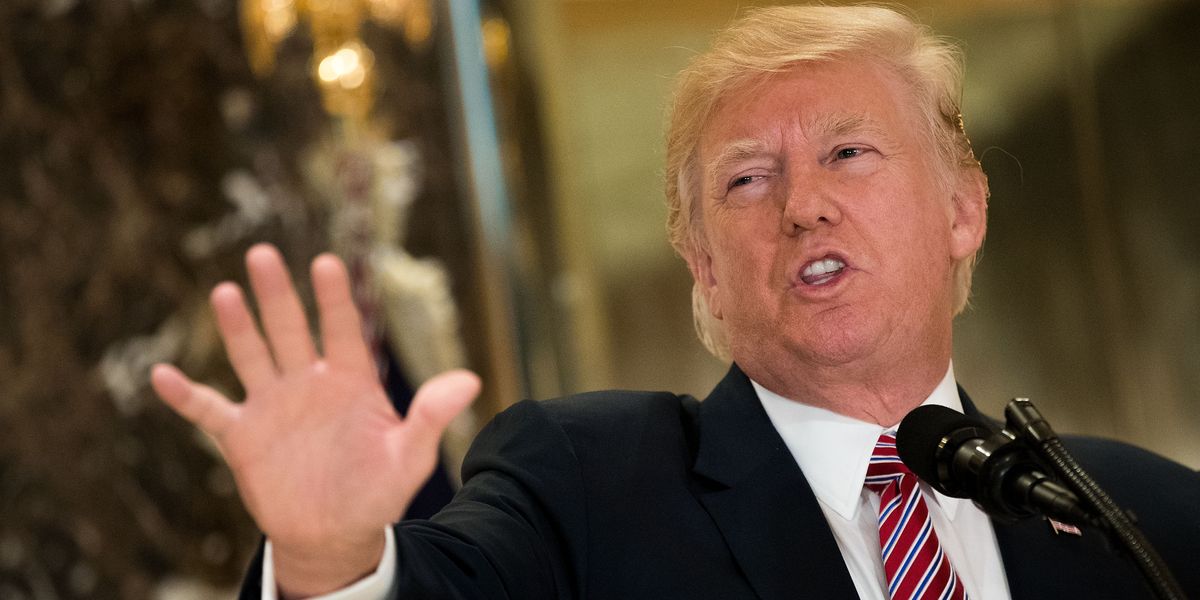 Donald Trump Backtracks, Blames "Both Sides" for Violence in Charlottesville

In the immediate aftermath of the violence over the weekend in Charlottesville, Virginia that left Heather Hyer dead and at least 19 others injured, Donald Trump failed to take a clear and direct stance against the KKK, neo-Nazis, white nationalists and the doctrine of white supremacy that fuels those movements.

Only after 48 hours of extreme public pressure, including four CEOS dropping out of his manufacturing council, Trump made a brief statement condemning those groups specifically. In a press conference from Trump Tower in New York City today, Trump undermined his previous statements by placing blame on "both sides" and conjuring up an "alt-left" comprised of anti-fascist protestors.

He then fervently defended people who were protesting the removal of a statue of Robert E. Lee, equating the Confederate General with George Washington and asking reporters rhetorically, "Is it George Washington next, is it Thomas Jefferson?"

You can read the full transcript of the presser here, or watch the video below:

Twitter is currently being flooded with responses to this conference from people on all sides. Speaker of the House Paul Ryan reiterated his stance against white supremacy shortly after Trump's remarks today:

We must be clear. White supremacy is repulsive. This bigotry is counter to all this country stands for. There can be no moral ambiguity.
— Paul Ryan (@SpeakerRyan) August 15, 2017

David Duke, meanwhile, had words of praise for the president:

Thank you President Trump for your honesty & courage to tell the truth about #Charlottesville & condemn the leftist terrorists in BLM/Antifa https://t.co/tTESdV4LP0
— David Duke (@DrDavidDuke) August 15, 2017

One White House official has already told the press that the conference, which was supposed to be about American infrastructure, "wasn't our plan." Surprisingly, a conservative Fox News pundit may have summed up our feelings in the most succinct way possible:

And in case anyone needed a reminder:

YOU CAN'T BE BOTH A NAZI AND A PROUD AMERICAN.

WE LITERALLY HAD A WAR ABOUT THIS.

PAPER put together a list of things we can all do to stay engaged with activism during this time, which you can read here.