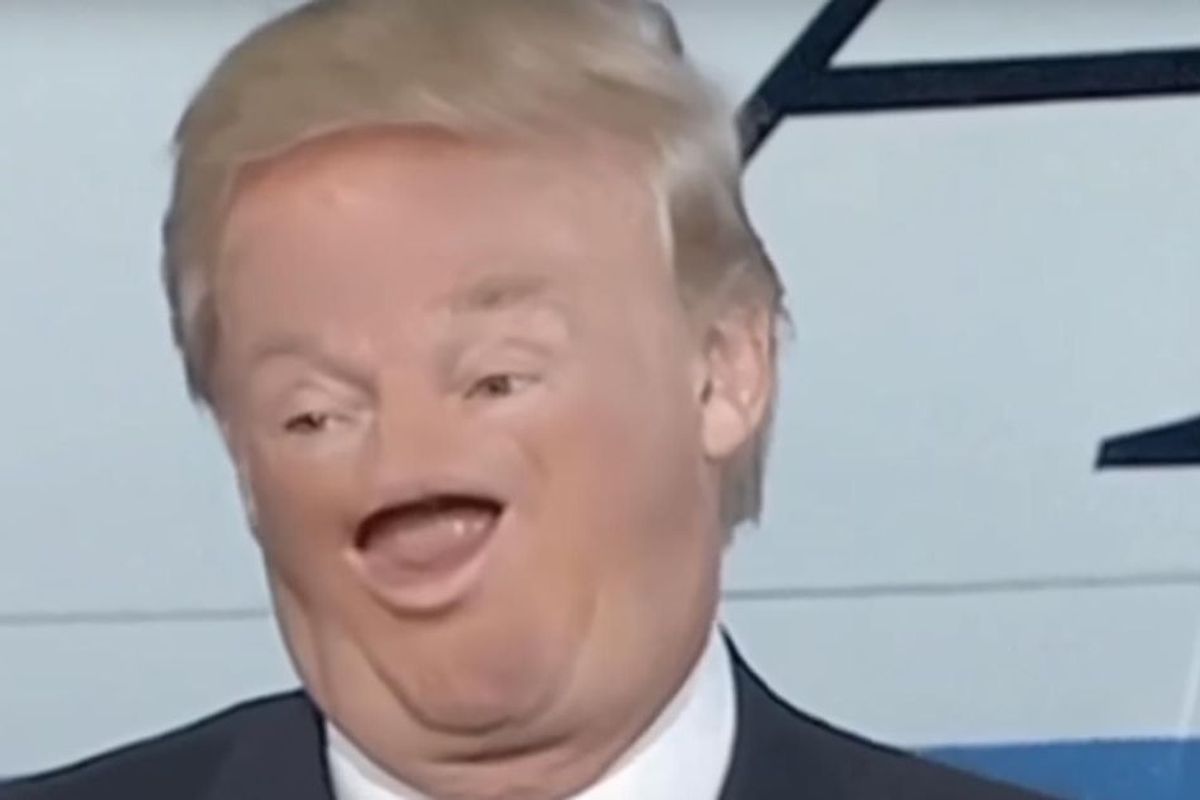 Two months to the DAY that the Pulse nightclub shooting occurred.

Just when you think Donald Trump out-horrors himself, he surprises you.

The Republican presidential candidate (who could very well win if we don't do something about it, aka VOTE) has been added to the headlining roster at a Christian rally tomorrow and Friday in Orlando, Florida.

Called "Rediscovering God in America," the two-day event is being put together by many of the US' most anti-LGBTQ right wing organizations.

Fellow meat mound glazed in dried garbage water, Marco Rubio, will headline tomorrow and Friday, while Trump will be speaking at "Pastors and Pews" Friday (the actual two month anniversary of the Orlando shooting, which occurred on June 12th) where he will speak on how he will benefit the Christian agenda..

The event Rubio is speaking at is being sponsored by The Liberty Counsel--a virulently anti-LGBT law firm who represented future resident of Hell, Kim "Kimbo the Dump Woman" Davis.

Rubio, a known-foam party enthusiast, made a statement on the backlash of his participation in this gathering:

The event I will be speaking at in Orlando is a gathering of local pastors and faith leaders: Leave it to the media and liberal activists to label a gathering of faith leaders as an anti-LGBT event. Because I believe that a strong America is not possible without strong families and strong values, for years now I have participated in events hosted by faith leaders to speak about the cultural and social issues before America, including the importance of parents and families, religious liberties and combating poverty.