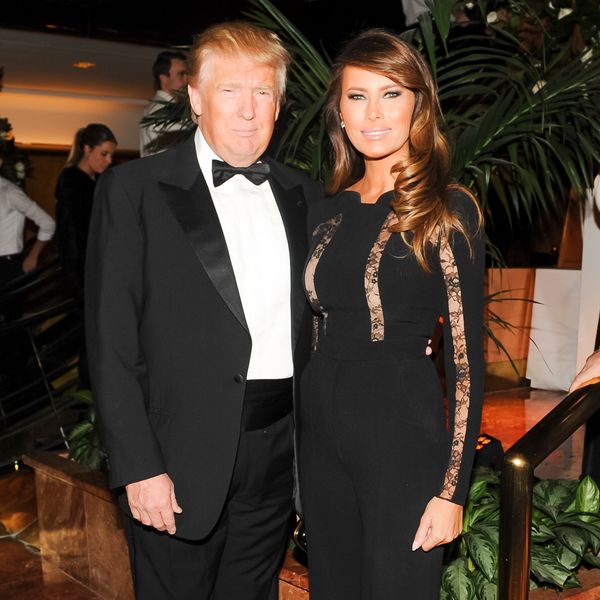 The whereabouts of Melania Trump have come under public scrutiny recently, as she hadn't been seen publicly for 24 days. She was seen yesterday for the first time at an official White House event that honored military families.

CNN reported that President Trump joked about her lack of visibility at the event, saying that people have been wondering if she left him. Her Twitter account also been regularly tweeting, posting on May 30th that she is, "at the White House w my family, feeling great, & working hard on behalf of children & the American people!"

Now, Trump has publicly addressed Melania's absence via Twitter. "Fake News Media has been so unfair, and vicious, to my wife and our great First Lady, Melania," he wrote. He continued, "During her recovery from surgery they reported everything from near death, to facelift, to left the W.H. (and me) for N.Y. or Virginia, to abuse. All Fake, she is doing really well!"

Melania recently underwent surgery for a benign kidney condition, which might have been a reason for her lack of activity. She also recently launched her "Be Best" campaign, which addresses social media, children's general well-being, and the opioid epidemic.