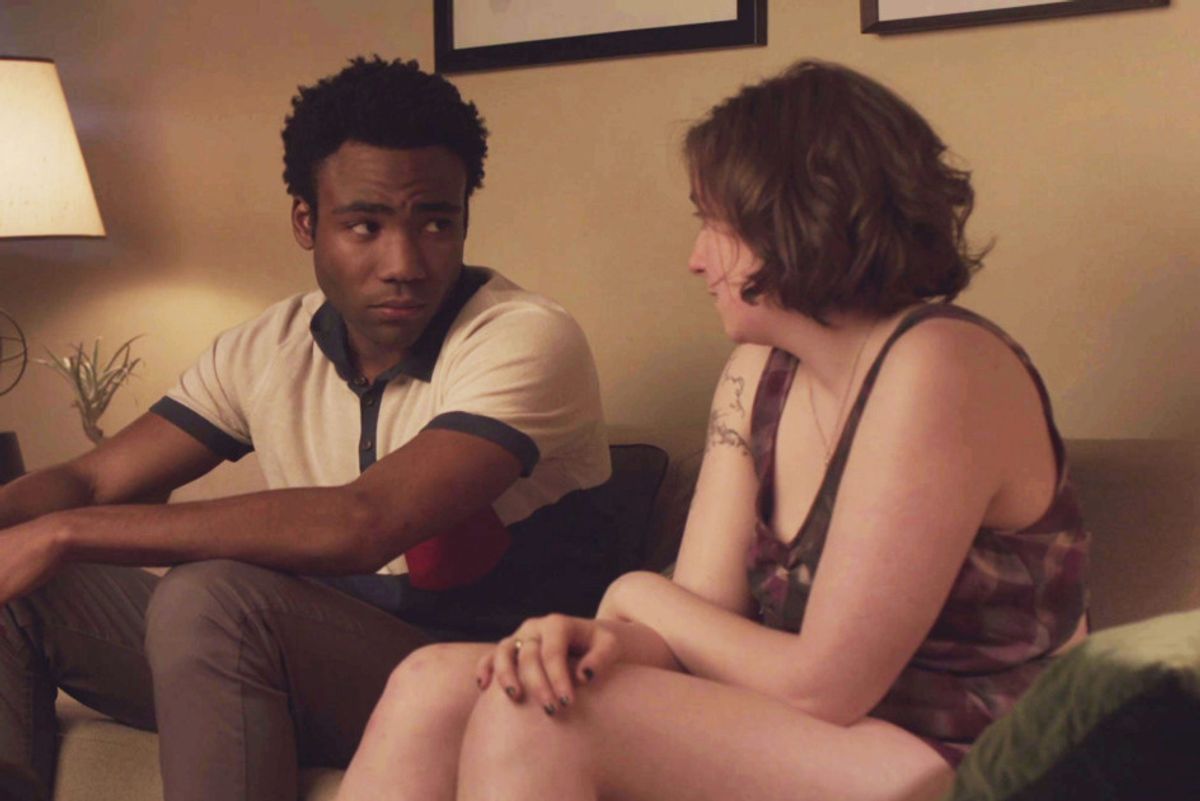 New York Magazine has delivered a glorious profile on ultimate Renaissance man Donald Glover as he returns this week with a second series of his hit show, Atlanta. For it, they reached out to Lena Dunham, who recruited Glover to play her boyfriend on Girls — and she had some interesting revelations as to Glover's time on his show.

If you remember early episodes in the series' second season, you might recall Glover as Sandy, the Black Republican boyfriend who seemed ill-suited to Dunham's character Hannah. The casting came directly after Dunham had been criticized for having no Black actors on the show, and Sandy was gone within two episodes.

In fact, in the pair's break-up scene, Dunham tells New York Magazine that Glover improvised all his acerbic takedown of Hannah — something that may have spoken to his experience on the Girls set as a whole. "Oh, I'm a white girl, and I moved to New York and I'm having a great time," Sandy said on the show, "and, Oh, I've got a fixed-gear bike, and I'm going to date a Black guy and we're going to go to a dangerous part of town."

Dunham told the publication, "Every massive insult of white women was 100 percent him. I emailed him later to say 'I hope you feel the part on Girls didn't tokenize you,' and his response was really Donald-y and enigmatic: 'Let's not think back on mistakes we made in the past, let's just focus on what lies in front of us.'"

To hire a Black actor because of lack of diversity criticism then have the audacity to hope he didn't feel tokenized is... a lot. Regardless, there are other excellent gems in the feature, including the fact Glover hired a "white translator" to communicate with FX execs, so they would understand the importance of keeping the "n" word in Atlanta.