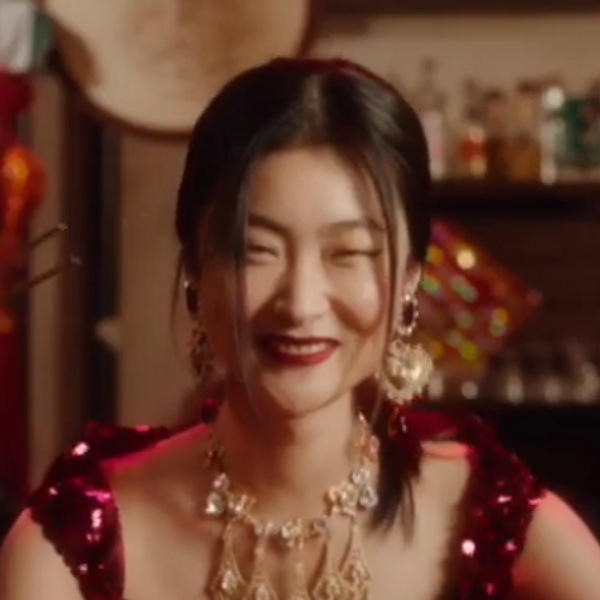 Following mass backlash in response to a series of offensive advertisements aimed at the Chinese market, Business of Fashion reports that Dolce & Gabbana has canceled a Shanghai runway show that was scheduled to take place today.

The ad campaign, designed to help the label ingratiate itself with the Chinese market, stars a Chinese woman struggling to eat Italian food with chopsticks, all while a male narrator says things like, "is it too huge for you?" as she faces off with an over-sized cannoli. It is abjectly offensive and, quite simply, difficult to watch.

Dolce posted the videos on Chinese social media site Weibo, where they were met with immediate claims of racism from users. #BoycottDolce started trending, and the brand was forced to remove them from the platform. At time of writing they are still available to view on the brand's official Instagram, which would be inaccessible to most Chinese residents due to internet restrictions.

According to Business of Fashion, there are unverified reports that today's scheduled runway show was canceled under pressure from Chinese authorities.Chinese celebrities like Zhang Ziyi, Li Bingbing, Chen Kun had already publicly stated they would not attend after viewing the offensive advertisements.

If you're wondering what Domenico and Stefano think about this, well. Depends on who you believe, because Stefano is claiming that a series of damning screenshots in which he defends the advertisements are the result of his account being hacked. Diet Prada has the tea:

Maybe this is the controversy that will finally cancel Dolce & Gabbana, although the luxury fashion house has weathered many storms before: criticizing the #MeToo movement, calling IVF babies are "synthetic children," dressing Melania Trump, and even calling Selena Gomez "ugly."