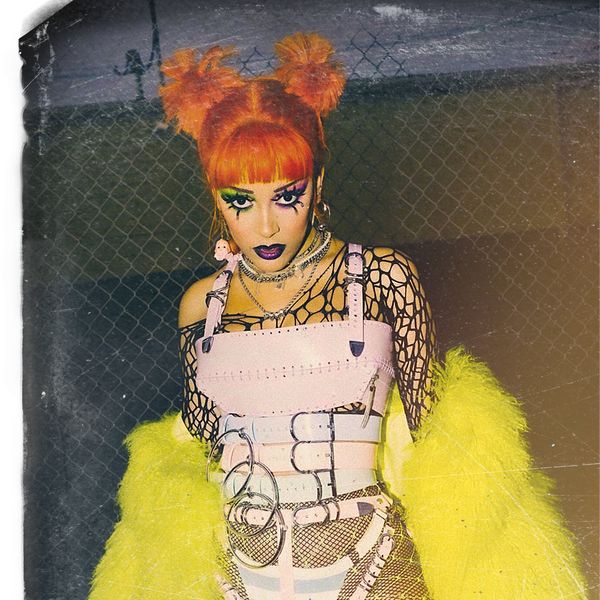 Doja Cat's 'Boss Bitch' Is A Ballsy Bite Back

Birds of Prey, the Harley Quinn extension of Suicide Squad starring Margot Robbie, is already making noise online despite it not yet having hit theaters. The soundtrack for the film features enough star-studded tracks to keep pop and rap fans alike talking, and last week's bombastic single made some major headlines. Megan Thee Stallion and Normani debuted their long-awaited collaboration, "Diamonds," which turned out to be an updated take on the Marilyn Monroe classic, "Diamonds Are A Girl's Best Friend." Now, it's Doja Cat's turn to break the internet.

"Boss Bitch," the latest single from the Birds of Prey album, is Doja's fiery clapback at her haters. Stans have compared the beat to some of Azealia Banks' more bass-heavy works, like "Heavy Metal and Reflective" and "Yung Rapunxel" off of Broke With Expensive Taste, but Doja brings something entirely new to the thumping instrumental. Her verses are as sharp as the weapons she brandishes in the music video for the song, and at one point crescendo into threatening yelps.

"I wear the hat and I wear the pants/ I am advanced, so I get advance," she barks at her opponents while partying in a nightclub that looks like its straight out of Harley Quinn's most delicious nightmares. Popping bottles left and right and kicking ass while doing it, Doja has never looked as determined as she does in the video for "Boss Bitch." Hot off the release of her album Hot Pink, it's clear that Doja's gearing up to become a household name — that is, if you don't already consider her one.

The full tracklist for the Birds of Prey album has already been revealed, and Doja's track is just one of many to look forward to leading up to the release of the film. Powerhouses Saweetie, Halsey, and Summer Walker all make appearances on the record, giving the project a flare that is uniquely ferocious and appropriate for the new decade. Watch the full video for "Boss Bitch" in the meantime, directed by Jack Begert, below.