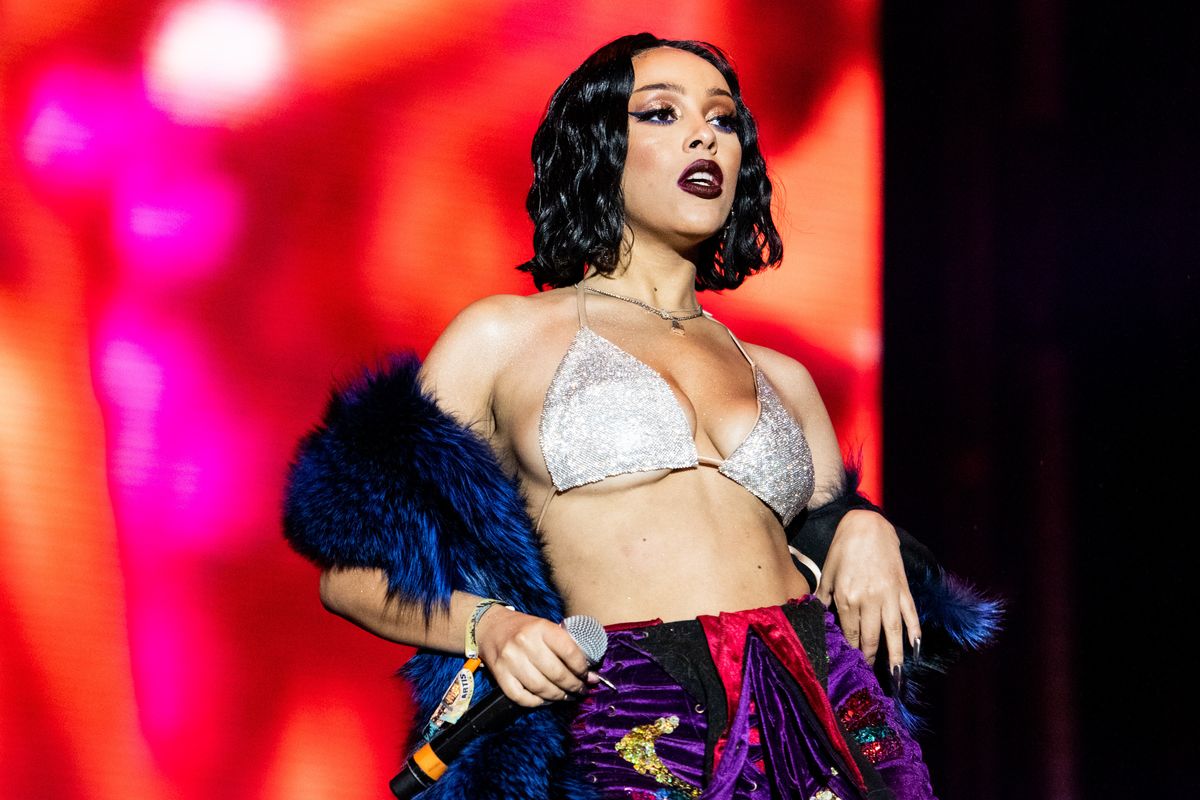 Doja Cat has responded to accusations of racism.

Over the weekend, the star came under scrutiny after her 2015 song called "Dindu Nuffin" resurfaced. The song title is a racist slur used to mock Black victims of police brutality. Additionally, Doja was accused of appearing in racist chats in the past, which led to hashtags like #DojaCatIsOverParty and #OnlyKlans going viral.

In response to the backlash, Doja issued a statement via her Instagram on Sunday night to apologize "to everyone that I offended."

"I've used public chat rooms to socialize since I was a child. I shouldn't have been on some of those chat room sites, but I personally have never been involved in any racist conversations," she began. "I'm sorry to everyone that I offended."

Doja then went on to say that she is "very proud" of her Black South African background and where she comes from, adding that the aforementioned song "was in no way tied to anything outside of my own personal experience."

"It was written in response to people who often used that term to hurt me," Doja explained, before saying, "I made an attempt to flip its meaning, but recognize that it was a bad decision to use that term in my music."

Doja also tried to reassure her fans she is "taking this all very seriously," and that she's "sorry for upsetting or hurting any of you."

"That's not my character, and I'm determined to show that everybody moving forward," she said.

See Doja's statement in full, below.