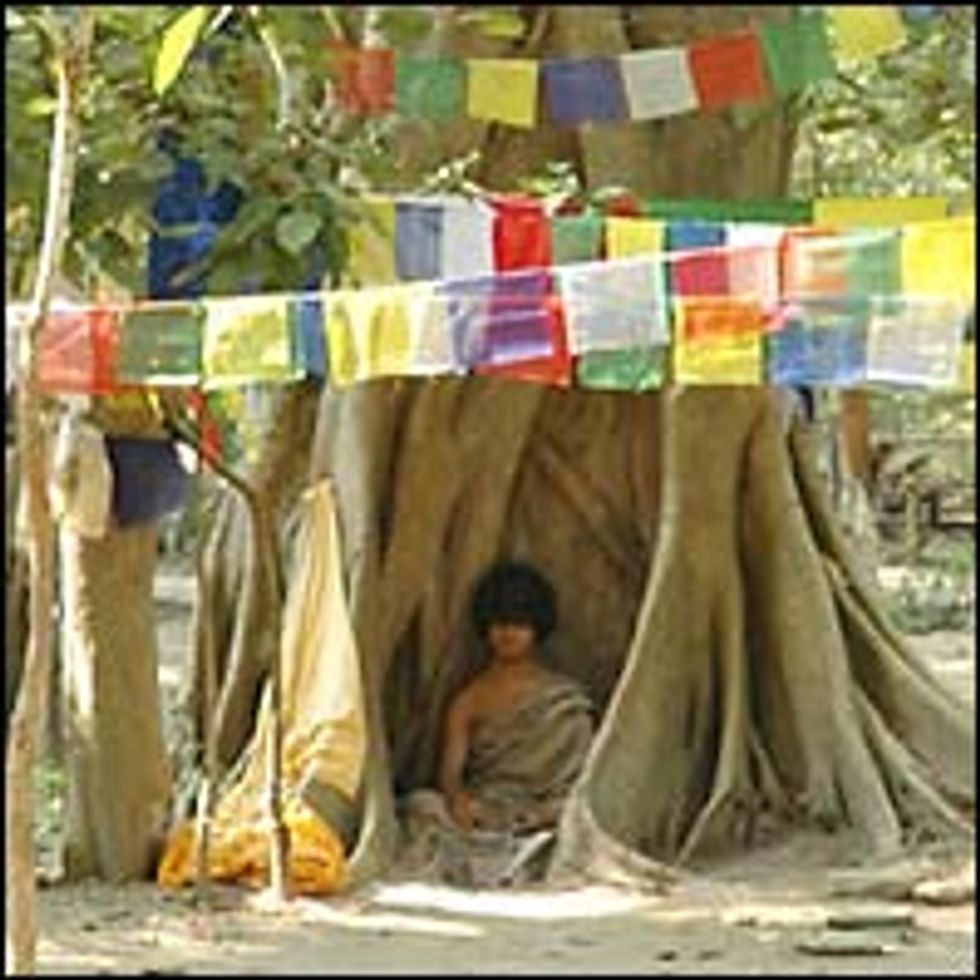 Here in the civilized West, we are still debating the merits of meditation. The best that science can come up with is qualified maybes like "people appear to undergo changes in parts of the brain that handle perception and attentiveness," says a new study. "We presume it's a good thing, but we don't know for sure." (NY Times)

Over in the East, under a tree in southern Nepal sits a boy whose been meditating for 6 months. People claim that he has neither eaten nor defecated and that a light shines from his head. For this and other reasons, crowds are gathering in the remote village declaring Rom Bomjon to be the new Buddha.  He denies it, claiming to be nothing more than a humble rinpoche. For you doubters out there, get this: Ram's mother is called Maya Devi, like the Buddha's mother. (Telegraph)