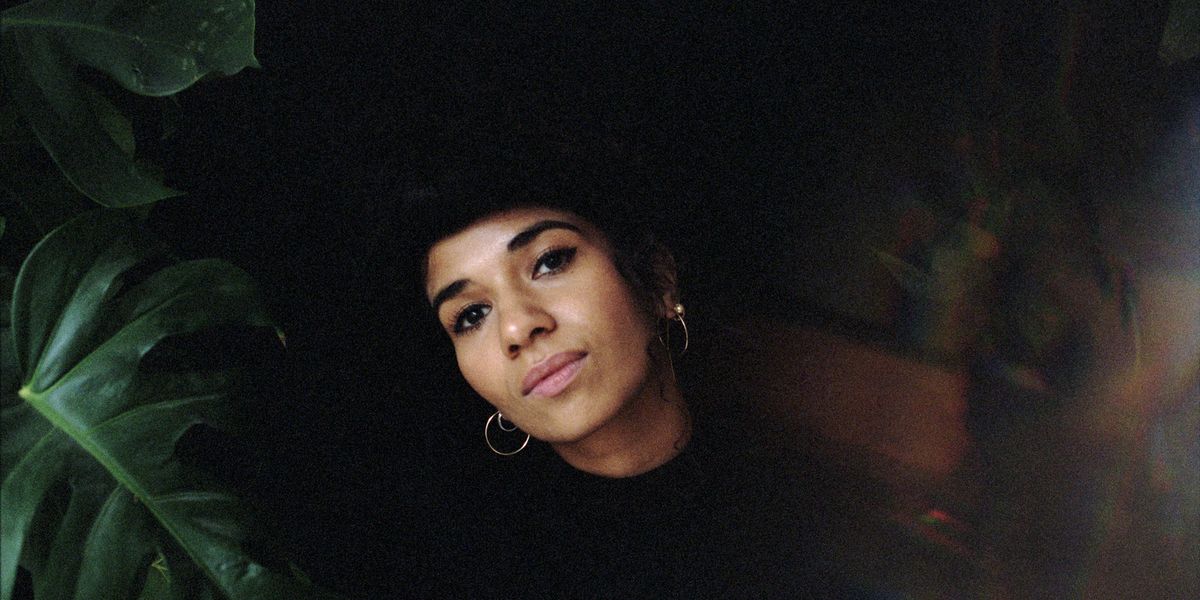 Throwing Shade Talks About Bringing Ethnomusicology To The Dancefloor

Nabihah Iqbal, aka Throwing Shade is busy woman -- hosting her own radio show, working in South African human rights law, being a black belt in Karate, and filming a mini-documentary series. However, the rising London producer still found time to release the iridescent, nostalgia-laden House of Silk EP. Not one to keep music and education separate, we sat down with Iqbal to chat about her interest in ethnomusicology, the origins of her moniker and more.

You do a lot of things besides performing. You have a degree in African history, host your own NTS Radio show, and you're working on a film soundtrack. I imagine that your days are just filled with music 24/7.

Yeah, when they're not filled with emails, they're filled with music. Answering emails normally takes up way too much time, but I'm doing music full time right now, so that's it, really. Whether it's making music, listening to music, or researching music for my NTS show, it's basically non-stop.

How does that research process work for your radio show? Most artists don't do extensive research like that.

I'm just a geek. I love doing the academic side of it. Sometimes my show will have a theme, and sometimes it won't. I just have to think about what I'm going to play, and then I look through my own music and find some tracks.

The description of the show on your website says, "An ethnomusicological perspective on weird and wonderful music from around the world." Could you explain what this means? How did the show come about?

Basically my show just consists of playing music from anywhere and everywhere, and talking about it a little bit to give the listeners some context. I'd say there are very few boundaries on my show. The main aim of it is to try and play as much music that I don't think people would have heard before as possible. It's about finding something new and exciting and discovering something through [the show]. So far, I think I'm doing okay because I receive a lot of messages from people saying that they're into it and are finding music on the show and then doing their own research after it. I guess it adds a sort of starting point or stepping stone, which is good. Studying ethnomusicology made me realize how much there is out there to listen to that you wouldn't normally come across. Normally, we just listen to chart music, normal Western pop/rock stuff, and classical as far as it will go. But it's limitless.

So you studied Ethnomusicology in college?

Yeah, I studied History and Ethnomusicology at the School of Oriental and African Studies, which is a college at University of London. Then I did a [Masters in Philosophy] at Cambridge in African History.

Do you think that's something you're just inherently interested in?

To be fair, I hadn't really discovered that kind of music until I went to university. Music has been my favorite thing my whole life; I've always been listening to so much, reading about it, going to gigs every day and stuff. When it's your favorite thing, you're just into it. Then when I went to university, the first thing that made my ears perk up was listening to Kora music, which is a West African harp. I was just like, "Whoa, this is amazing."

Do you think this gives you a different view—maybe more cynical, or not—of the music industry?

I think you have to be a cynic about the music industry when you're in it. I have done everything myself. I don't have management or anything like that, so it's seriously just dealing with everyone myself all the time, which is cool because I can handle it. But you learn a lot like that. It's hard work for anyone. I think it's harder if you're a girl, but I never complain about that because I think if you complain about stuff, you'll never get anything done. Rather than moaning about, "If I was a guy, this would be easier," which I think it would, you just have to identify the problem and make it motivate you to work harder and do better and prove yourself. So far, I think I'm a pretty good example of that because I've done everything myself as an ethnic female in something that's dominated by white males, but it's fine. If you love what you do and you're good at it, then people think you're good at it.

How do you think being a woman of color plays into everything you do—the radio show, music, navigating the music industry?

To be fair, I think most of the time it doesn't really matter. People don't really ask me where I'm from or anything like that, but I also think that's a factor of being in London, which is so multicultural -- that every person is from a different place. No one really bothers asking what someone's background is or where they're from, which is a good thing; that's how it should be. Like I said, you do have to work very hard. There aren't a lot of female producers, and people automatically assume that if you're a girl you must be a topline or a vocalist and that you can't produce a track, which is just rubbish. Like I said, the best way of dealing with it is just working really hard and not feeling victimized. I don't like that kind of mindset.

Could you tell me more about where your name came from? It seems like the term 'throwing shade' has only recently become popular in the mainstream. I saw a Target ad the other day for an outdoor awning where they used it.

Oh, really! I think the whole interpretation of the term in America is really different than in the UK. I picked it because I just liked the phrase and discovered it from watching Paris is Burning, which is about the New York ballroom scene in the 80's, and after watching it I went to New York for the first time. I just like how it sounds. I didn't realize that in America there's a pretty negative connotation around it, which is about talking dirty about someone. That makes me think, "Oh, I should've changed my name." But it's too late now! I just like the phrase.

Since the term originated in predominantly Black and Latino drag shows, do you think there's any connection with the queer community?

Not anything specific. I'm not gay or anything, and I don't really want to associate myself with one particular community. If people from the queer community are into it, then that's cool.

Your new EP is called House of Silk. Why this name? I'm just pretty curious about your naming process, I guess.

Basically, all of my EP names so far have just come from weird phrases that I've seen in everyday life. I saw House of Silk on this really weird poster on the motorway advertising a party of the same name. I just liked it. I quite liked the idea of taking these weird, small phrases that I think can be quite poetic but nobody thinks twice about them because you just see it while walking down the street—taking them in a different context and putting them on a pedestal.


The one before that, Fate Xclusive, was from a shop front, and the spelling of "xclusive" was really weird and I liked that. 19 Jewels before that was actually from my watch. It says "19 jewels" on it.

How would you describe the sound of the new EP, and how is it different compared to your previous EPs?

In terms of the sound, I actually think that House of Silk is a pretty fitting title because it's quite flowing and has a lot of texture. It's definitely different from my previous stuff; there's more upbeat music on it because I tried to make two more dance-y tracks. There's quite a lot of variety in terms of each of the five tracks, and I don't want to make a record where every song sounds the same or where every song makes a person feel the same way. When I listen to the tracks on this record, each track makes me feel differently, and I hope they make listeners feel differently when they hear each one. I like playing around a lot with melodies and harmonies, and I think you can really hear that on this record. It's a bit more about that than it is about how heavy the baseline is. Maybe that's the feminine touch going into it, I don't know.

The House of Silk EP is out now via Ninja Tune.