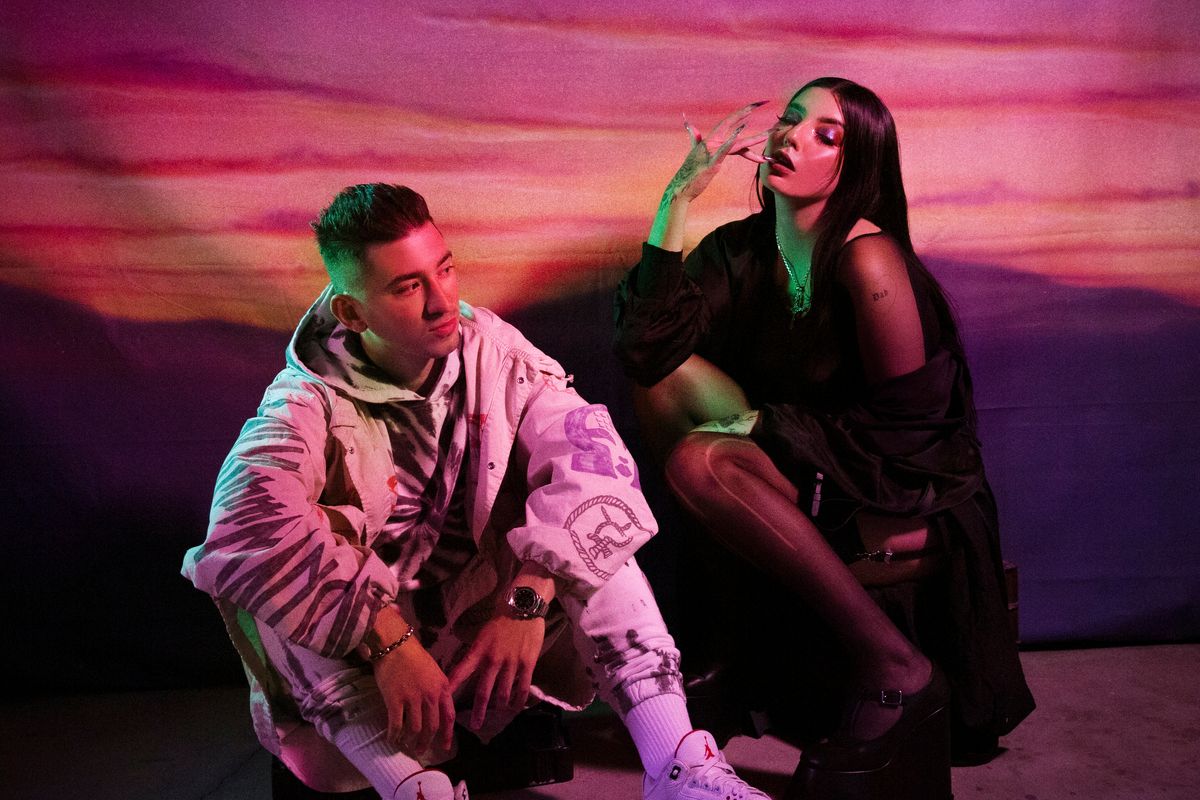 There's a thin line between thrill and fear — and DJ Politik and DeathbyRomy capture this sentiment perfectly on their new dark-pop collaboration, "Wolf." Premiering today with PAPER, its adventurous music video is gripping from start to finish, backed by lyrics about only wanting to "live in the moment" and waiting all night for the "moon's kiss" and a "wolf's cry."

In "Wolf," DeathbyRomy is picked up by an elusive stranger. There are speeding cars, neon-lit streets, underground parties and a rendezvous with human-wolf hybrids in the ALEXI-directed visual. Its ultimate goal, ALEXI tells PAPER, was to "pay homage to the '80s thriller/horror genre and create a narrative around the idea of werewolves running wild at night."

For his debut single as an artist/producer, DJ Politik explains that he really wanted to "make an impact" with the treatment for "Wolf," which was inspired by what the animal represents in folklore and gothic fairytales. DJ Politik says he wanted something "bold and cinematic that aligns with the theme of the record: Dark, eerie, energetic and reckless."

DeathbyRomy further amplifies these themes in "Wolf," wearing razor-sharp nails, colored contacts and metal chains. She says the visual "embodies that euphoric feeling you experience in moments of life where you let go of your inhibitions and judgement, and find yourself high off life and engulfed in the thrill of risk and adventure. It touches on the animalistic qualities we have as humans."

After all, what represents adventure more than the widely feared — and respected — wolf. As DJ Politik concludes, "Wolves have always symbolized power, freedom and fearlessness, which is exactly how I feel when I listen to this record. I hope that it brings out some of the inner wolf in all of us."

Stream "Wolf" by DJ Politik and DeathbyRomy, below.