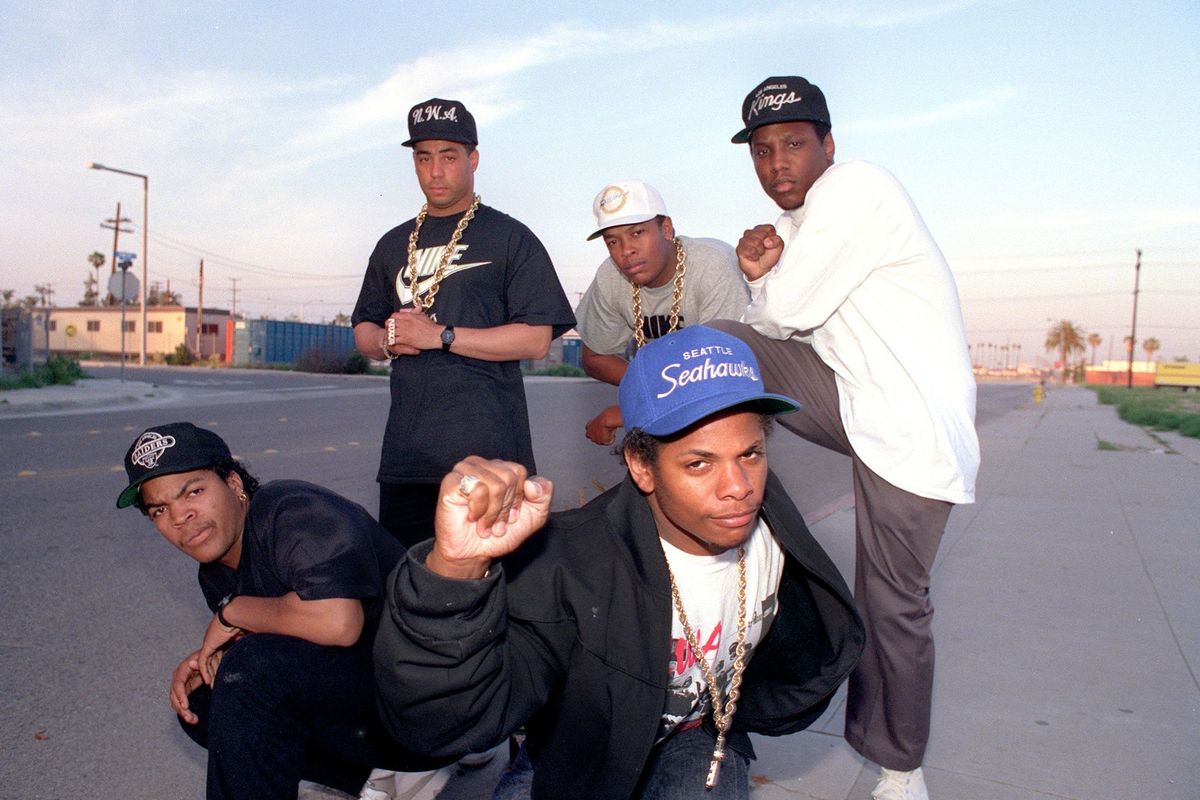 What better song to put on as cops put an end to an excellent party than N.W.A.'s classic "Fuck Tha Police"? A Massachusetts DJ decided to do just that.

Shenaningans Pub in Westfield, MA, was bopping during a homecoming weekend party for Westfield State back in October, with over 350 people crammed into the 160-person capacity club. The party drew the attention of the cops and fire marshal, who came to break things up.

DJ Boogy (a.k.a. Kashawn Harris) was manning the booth and had the track already cued up when the police arrived. The music was cut shortly after the song started. "I had no intention of inciting a riot," he said to MassLive. "It was just college kids having fun."

The officers who were working on clearing out the bar didn't think so. Last week a court fined Harris $50 for disorderly conduct. One of the cops, Juanita Mejias, wrote in her report, "I believed at that time the combination of alcohol, the excessive amount of people in the bar and the song that the DJ chose to play at that time was an intentional act by the DJ to incite the crowd [that] showed a reckless disregard for public safety." Somebody cue up "Fight the Power."