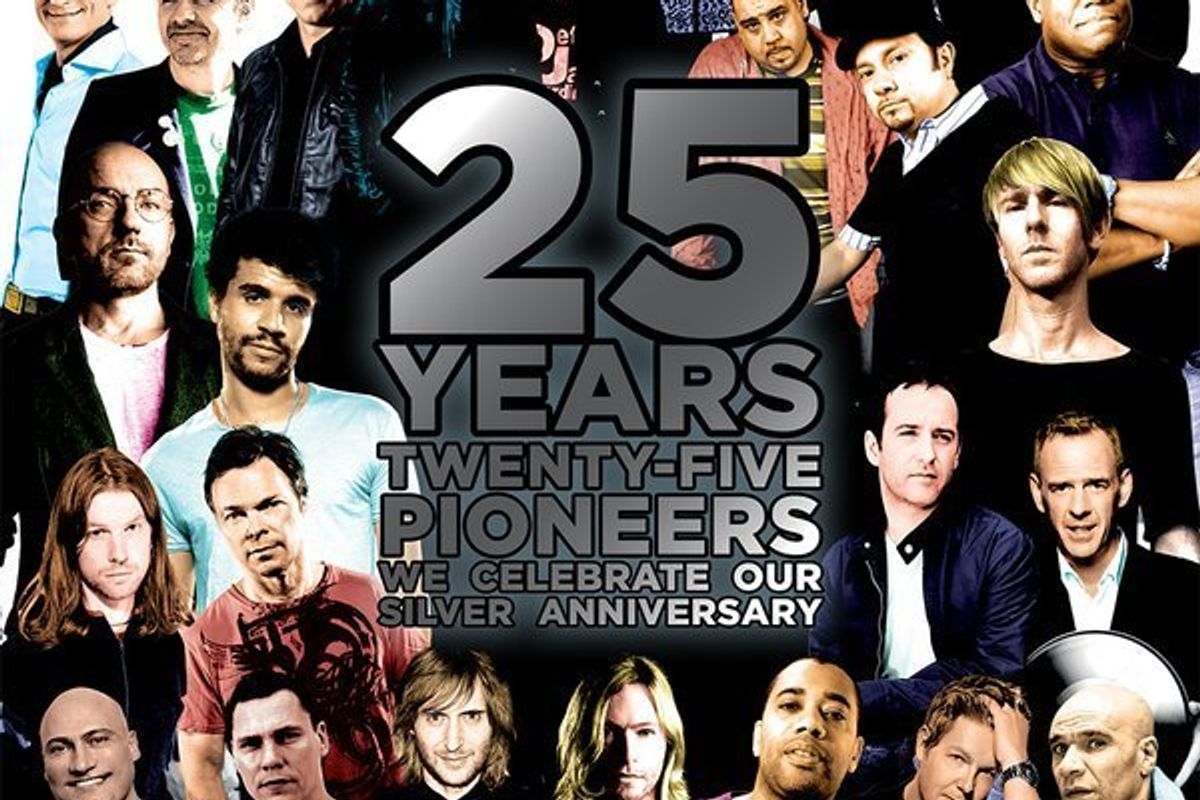 DJ Mag Releases Their List Of 25 Dance Music Pioneers...And They're All Men

DJ Mag, the self-proclaimed "global voice of dance music," unveiled their 25th Anniversary issue celebrating 25 dance music pioneers; which is all well and good, barring the fact that all of their pioneering picks are men. Since it's not like we hear enough about dudes ruling dance music -- a scene anchored by an ethos that DJ Mag editor Carl Loben himself acknowledges is "built on equality and there is a wealth of talent in the industry from all genders and races from all walks of society." L O L.

Here it is! Our bumper 25th anniversary issue celebrating the pioneers of dance music is out tomorrow! pic.twitter.com/IvrQHO7nUs
— DJ Mag (@DJmag) April 27, 2016

In a statement issued to The Fader, Loben wrote, "Like all subjective lists, it caused much debate in the office. The main issue we came across was the inclusion (or lack of inclusion) of any women (something mentioned in the editor's letter)." However, he said that "after a painstaking process," the editorial team "made a conscious decision to avoid tokenism."

They couldn't think of one worthy woman to join the ranks of these (debatable) greats? Like, Drum n' bass pioneer Goldie and Aphex Twin are undeniable inclusions, but what about Trax co-founder/"Queen of House" Screamin Rachel, contemporary house gamechanger The Black Madonna, tech-savant/privacy activist Holly Herndon, Nina Kraviz or Maya Jane Coles? Because they would merely symbolic gestures of ...what? Reality? What about Venus X, whose GHE20G0TH1K parties have acted as the launching pad for some of the most forward-thinking talent in leftfield dance? Or how about a special technical allowance for Sarah Lockhart, whose Tempa Recordings imprint paved the way for today's dubstep takeover and whose term as Rinse FM's station manager has ushered in grime's second wave? What about fucking Björk?

The most confusing part of Loben's statement though, is when he acknowledges that the magazine is "wholly aware that — sadly — the dance music industry is — even today — male-dominated and we've continually sought to address this balance in the pages of our magazine and via our online channels." But for a publication that was criticized for giving 3 out of 100 spots in their Top DJs list last year to women, I'm not really sure how sad you actually are about the industry being male-dominated.

Either way, big ups, DJ Mag -- way to fight the good fight in the name of meritocracy. Because lord knows we need to keep celebrating men in dance music if anything's ever going to change.