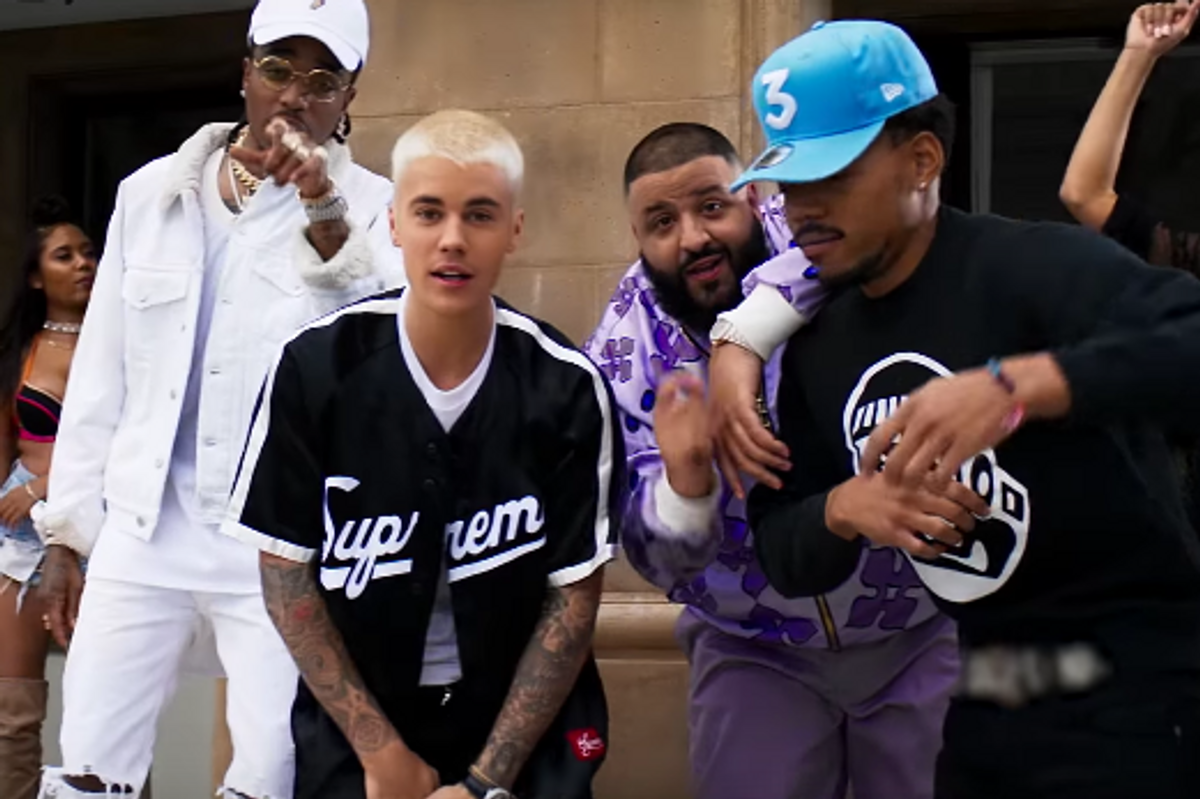 We open on Khaled, apparently telling Chance to come on down to his manor via his Beats by Dre headphones. Then a girl, whose boobs are bouncing way too much to be comfortable, rides up on a white horse in stiletto Louboutins with a pained expression that could not be more of an indicator of things to come. What is to come? You ask. Well. A very, very blonde Justin Bieber looks like trying too hard to be hard, Quavo looks cool but out of his comfort zone, Chance looks like he's never seen that many women in his life, Wayne looks like the lean has very much caught up with him and Khaled, well, he's just trying to bring (and keep) everyone together.

All in all I think it's really a budgeting issue. The funds that went into ensuring 10,000 Instagram models are present really could have been redirected into something like, and I know this controversial, a "concept." Frankly I would've been here for anything that wasn't this.

Watch below, though, and decide for yourself. Offset's brief appearance might make it worth your time, but even he can't save this hot mess.