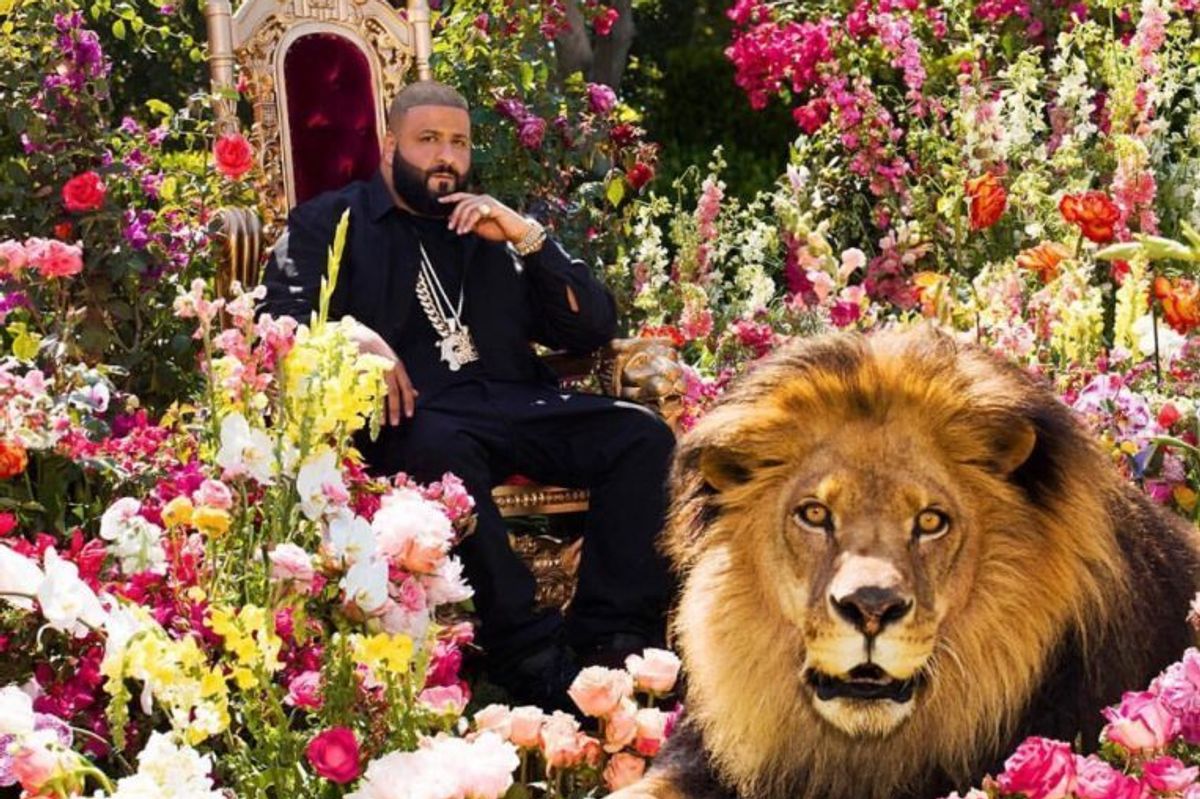 We're less than one week away from the release of DJ Khaled's new album, Major Key - can you feel it? The track list for the June 29th release was unveiled on Instagram earlier today and LITERALLY EVERYBODY IS ON IT.

I'm pretty sure that they don't want us to have a Khaled album featuring Jay-Z, Drake, Future, Nas, Big Sean, Kendrick Lamar, J. Cole, Bryson Tiller, Chris Brown, Nicki Minaj, Rick Ross, Gucci Mane and 2 Chainz, but that's what we're going to get. Alongside this epic teaser, Khaled dropped thrive jam 'Holy Key,' featuring Kendrick (that verse!), Big Sean, and 70s RnB queen, Betty Wright. It's an ideal song to accompany an imaginary camera panning around you to as you stand on your yacht in the middle of the ocean, sipping Apple Ciroc and feeling #grateful.

Listen to 'Holy Key' below, and listen to his Drake collab, 'Get Free' here.