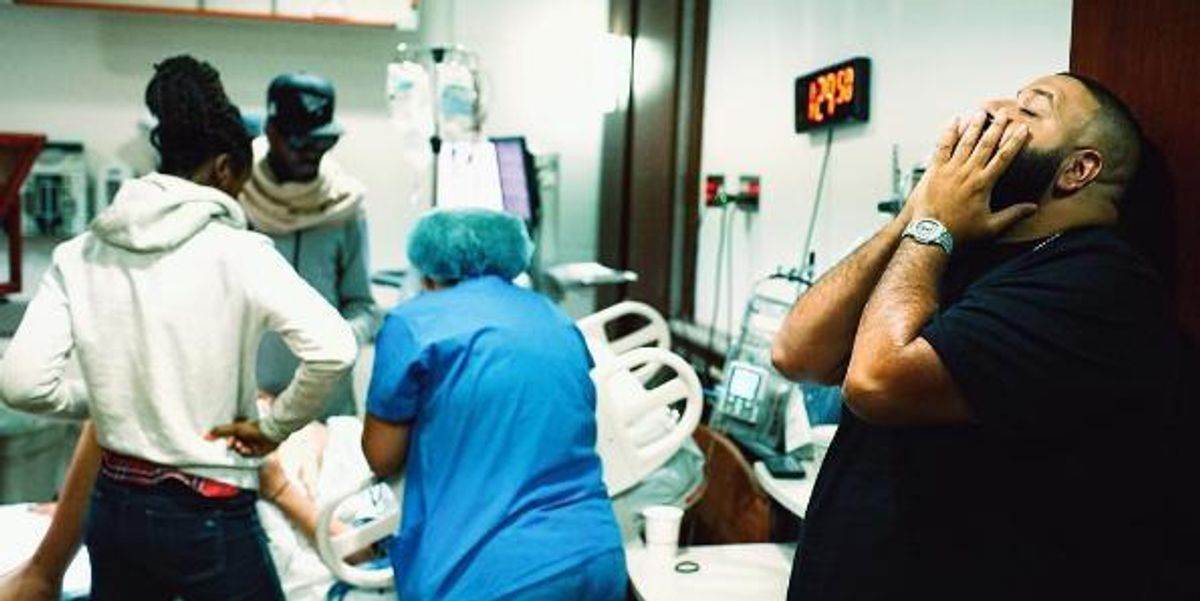 DJ Khaled Documented The Birth Of His First Son On Snapchat

Because of course he did

Beautiful Person DJ Khaled and his fiancée Nicole Tuck put together a very special episode of Snapchat yesterday, as he live broadcast the birth of their first baby boy. It all started on Instagram with the announcement that Tuck's water had broken...

And from there, he continued to lift the veil on the the miracle of life via Snapchat, as he shot emotional footage of his chats with the doctors, his wife's contractions, and his waiting room jitters, all set to the soundtrack music off his last album, Major Key. Lion, the key emoji and the flowers in his garden were not present in the delivery room.

Another one! And by one I mean baby! Congratulations to them both.