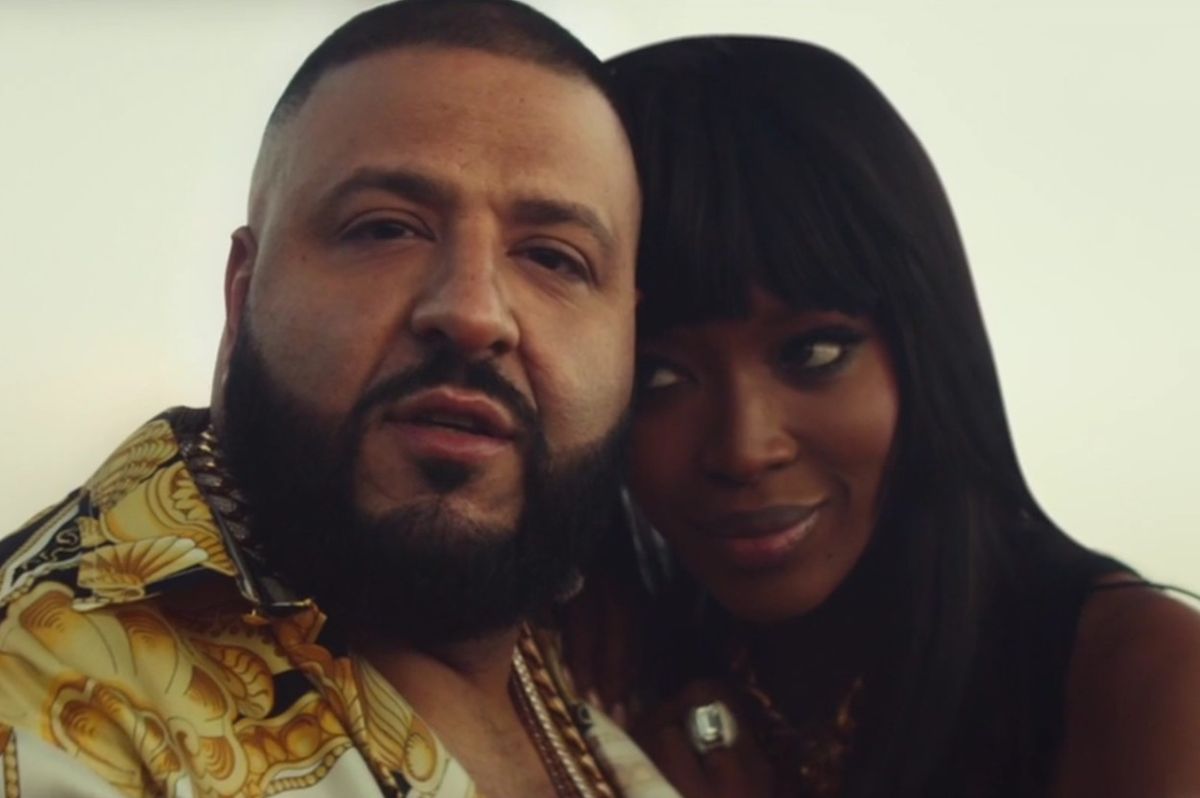 Only 24 hours after releasing a Miami-licious track with Drake, everybody's favorite producer and Snapchat motivational speaker DJ Khaled is smooching Naomi Campbell by the beach in a brand new Apple Music ad. His price went up! The very lightly scripted, awkward-in-a-fun-way commercial starts with Naomi driving Khaled down PCH as he tells the camera, "They don't want me in a drop top Phantom driving up PCH with beautiful icon Naomi Campbell!" She coos at him, he puts on his Drake collab, 'For Free,' and holds his arm out of the car window just long enough that it becomes kind of funny.

Against the backdrop of a gorgeous Pacific Ocean sunset, the two have an awkward conversation about how much they love Apple Music, Naomi turns on R.Kelly's 'Bump N' Grind', Khaled tells her "Go buy yourself the entire Givenchy collection" and Campbell gives Khaled a kiss.

This ad is a national treasure. Watch the commercial below, and then watch Khaled's incredible Snap story of the shooting day, where Khaled badgers Naomi with questions and selfies and the two end up popping bottles at Nobu. Don't play yourself.