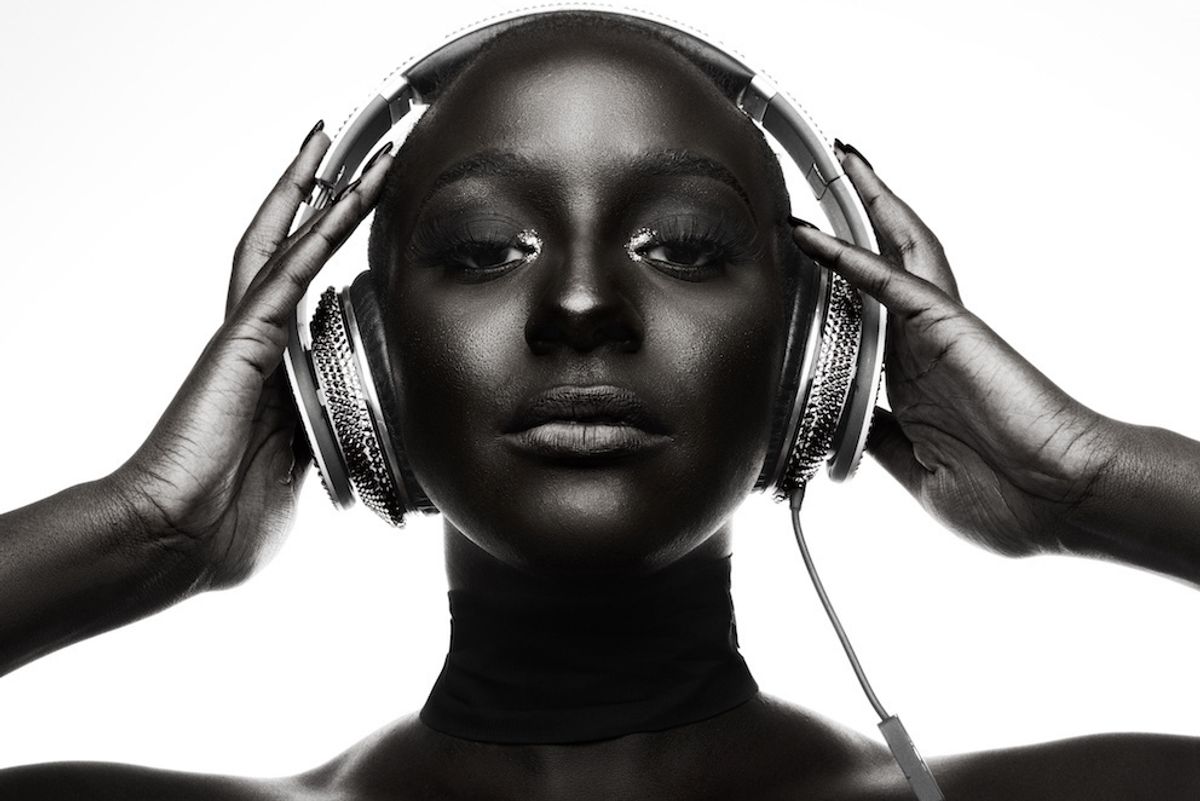 Nigeria's DJ Cuppy Is Making Her Own Rules

While it appears that now more than ever women are moving to the forefront of music, there's still a lot of work to do, and DJ Cuppy is leading the charge. Daughter of Nigerian fuel financier Femi Otedola, 25-year-old Florence Ifeoluwa Otedola has been dominating the African music scene for a scorching hot minute, and introducing the rest of the world to "Neo-Afrobeats."

Though breaking into the industry wasn't always smooth-rolling for the heiress. As popular and highly-paid DJ Paris Hilton herself said recently, "There's so many women DJs that are just killing it," but many are overlooked as a result of the rampant discrimination against women hoping to make it in DJing.

Cuppy, who attained her masters in music business from NYU last year and was later honored with Alumni Artistic Achievement Award, has also had to contend with racism and ageism. She was blackballed early in her career for her proclivity to insert afrocentric tunes in her sets, but pushed on to become the go-to spinner for high-profile parties — tapped by everyone from Elton John to Mark Zuckerberg.

PAPER caught up with Cuppy to find out how she broke down barriers and made her own rules.

I don't know much about the music scene in Nigeria, but I can't imagine it's the easiest place to launch a DJ career from. How did you build up your profile?

I definitely always felt like a true creative. Growing up in Lagos, one of the most colorful, cultural and dynamic environments in the world, really inspired me to express myself in different ways. There's a lot of male dominants [in the Nigerian industry], and a lot of quantity over quality. So it's hard to push through as a female DJ. We also come from a society that is quite ageist, so being young and DJing as a teenager, a lot of doors were closed. But through hard-work, passion and determination, here I am today proudly dominating as one of not only the country's, but the continent's leading female DJs.

Was there ever a real "a-ha" moment when you really knew you were really taking off?

That's a tough question because there have been so many times in my life I have seen [that] hard work really does deliver success. Probably DJing for the Nigerian presidential inauguration; that was an absolute honor. I mean, there's DJing for crowds, but no feeling like DJing for your country.

What has the fame been like for you? Can you still live normally when you return to Nigeria?

Fame has been interesting. I have never considered myself someone that cares about it. I feel like it's a byproduct of being talented and in the public eye. I have grown up under the shadow of a successful father, so I always had a certain amount of pressure and attention on me. That definitely has helped me cope well. But yes, it is weird when I am in traffic in Lagos and I see myself on a billboard or I walk into a coffee shop and they are playing my song. It is always very exciting. Life in Lagos is very different from everywhere else — Lagos is so big yet so small. It's nice feeling that African warmth.

You've spun for everyone from Elton John to Mark Zuckerberg. Tell me about a particularly memorable event for you.

When we look at moments in my life and landmarks as far as where deejaying has taken me, winning New York University's 2017 Alumni Artistic Achievement Award is a moment I will never forget. There is nothing better than your passion, something I would do anyway, becoming a skill, profession, and reason to be awarded for. It was a beautiful moment.

How did you link with Charlemagne?

Charlemagne I met when I was interning at Roc Nation. We instantly clicked. He's so curious about Nigeria and Africa, and I love how open-minded he is. He asked me to be a DJ on his MTV 2 show. Charlemagne has been a dear friend; he is someone I love as an older brother. He is smart, daring and very inspiring. One thing I have learned from Charlemagne is to always push the envelope and definitely believe in yourself.

The Afrobeat movement is gaining real traction in hip-hop, and I'm sure is soon set to dominate pop music. Can you see your footprint in that?

It is an exciting time to be an African creative, seeing collaborations and music growing. It is fantastic and gratifying to feel represented. But I also see a lot of value in authenticity, so want to make sure we all do what we can to preserve the roots.

Cuppy on Instagram: “THEY Said I Couldn’t Play Afrobeats At Their Party, So I Made My OWN Party! 🌵🎃 @CactusOnTheRoof 🎶🍾 #GreenLight #Halloween”

Did you have to fight to be taken seriously as a female DJ when you began?

Yes, nothing comes easy when you are a young, Black female DJ from the African continent. I have learned to use my uniqueness as my strength, and I think it is fantastic how suddenly the world seems to be celebrating uniqueness and diversity. There will be prejudice and assumptions made, but I always let my work speak for itself.

Were there any real setbacks in your career that you felt like giving up?

Definitely. I went through a phase where I was a bit lost in my sound. This was before Afro beats was appreciated and recognized on a global level. I used to play it and my clients would hate it, and I struggled. Now Afrobeat is getting the attention it deserves; I couldn't be more proud to be associated with the genre.

You're putting out singles and DJing the hottest events. Is there anything you feel you still have left to accomplish?

100 percent, I feel there's a lot I need to accomplish. My talent is a platform for more things to come. I am on an experimental path to figure it out. I just turned 25. Regardless of what I do, I hope that I inspire and change the rules.