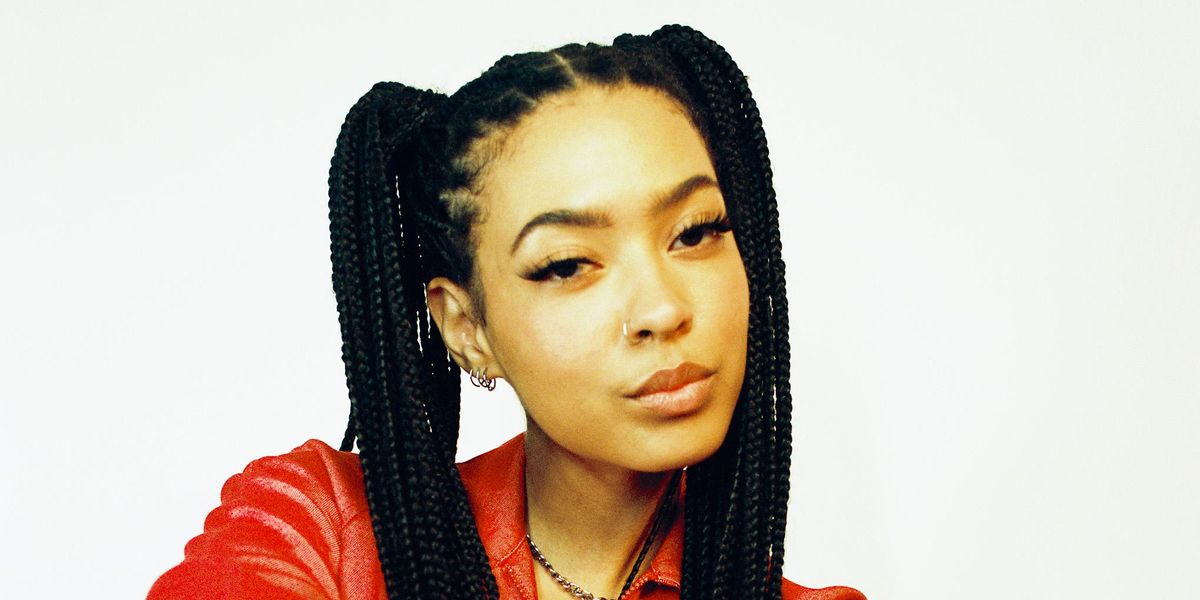 With this week's news of major US cities fully reopening in the summer, Dizzy Fae's "Body Move" arrives at a perfect time.

The bubbly, bouncing electro-pop cut is lifted off her four-track EP, Antenna, due out May 26, following the release of its lead single, "360 Baby." And if both songs are any indicator of what's to come from the Minneapolis artist — who's worked with everyone from Lizzo to Kehlani — Antenna is sure to be an explosion of weirdo club anthems for post-vaxx partying.

"It'd be so cruel if I didn't let my body move," Fae sings on the hook, echoing a year spent with little-to-no movement across the world. To that end, she says "Body Move" is about "giving confidence; it's giving there's no better time than now; it's giving get into your body now."

Ultimately, Fae wants "people to feel good about themselves while listening to this," which is amplified by its perfectly nostalgic, over-the-top music video. The clip begins with a very Hannah Montana-style sitcom intro — complete with fake laughter — before "Body Move" becomes a full-on CGI race down Mario Kart's Rainbow Road.

Below, PAPER talks with Dizzy Fae about her latest release and all the places she's excited to hear it this summer, from the grocery store to literal labor rooms. Because after a year of stillness, everybody should make their "Body Move."

What inspired you to go the '90s sitcom-inspired route for your video's intro?

I love that intro so much. Honestly, I went this route to little by little showcase acting through bringing people to Dizzy's world. The transitions were inspired by Hannah Montana and other early 2000s sitcoms, but the handshake is actually mine and Fousheé's. I just asked it to be filmed back and forth, giving us Scott Pilgrim vs. the World vibes.

Who'd you collaborate with on this video? It's a visual feast.

Well since you ask... this is a small, but mighty team: We got my amazing manager Jake, we got Will Tooke, Zoe Hazlett, Ella Warren, Javier Cruz, Micheal Rodmaker, Andrew Badillo, Ash Sutton, Jaime Diaz, Michelle Sfarzo, Dan Forke, Christopher Rutledge, Jacob Mckee and Mathew Brown. The process was eight hours performing in front of a green screen. I had a lot of fun and the BTS of it — with barely to no effects — still makes the video look like a visual feast.

Where does this playful energy come from?

I've always been this playful. I'm just tapping more into myself. If I'm not me, no one else can be, so I might as well do me and this is what comes out. I really want people to dance when they hear this song.

The track's whispering Ying Yang Twins reference is iconic and hilarious. Are you a big fan?

I'm a huge fan of early 2000's music. I feel like everyone was in their bag. Ying Yang Twins are so iconic... it's time to hear them again.

As the world begins safely reopening, where would you ideally want this track to be played?

Everywhere. I'm saying in clubs, in bedrooms, in homes, in grocery stores, anywhere you shop, apple commercials, on treadmills, working out, having sex, birthing a child, in the car, in a bike, bitch on a boat — just feel good and wherever it plays, it shall do just that.

How did you still manage to make your "body move" this past year?

I use working out as a form of meditation. I also dance by myself a lot! I have a seven-foot mirror in my crib and I'm a Leo... danger danger high voltage. I've also come to terms with this idea I have of coexisting with everything around me — me as my soul and spirit — which includes my body, so it's my duty to just keep that shit going if I want to have a healthy coexisting relationship with it. One more thing: time is a social construct to me, so I allow myself to just move and know that if I'm present it's exactly what I should be doing and nothing is waiting for me but this body.