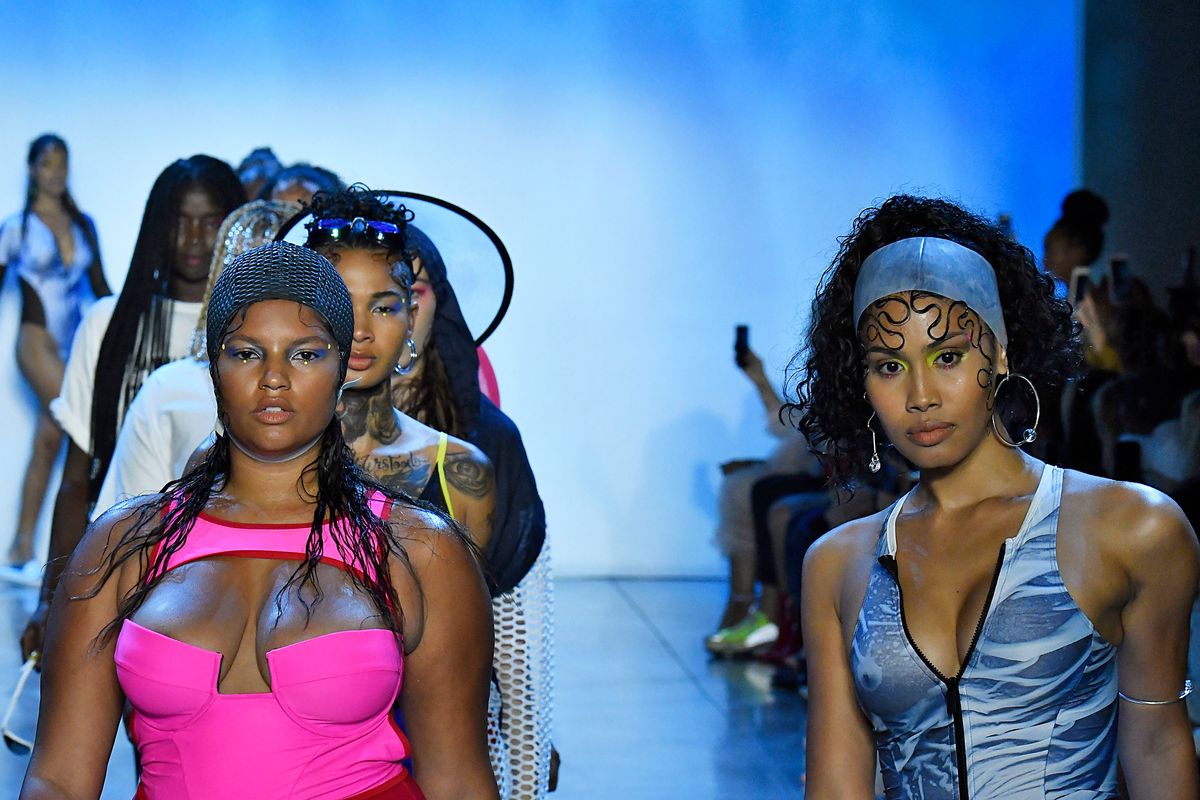 Is Diversity Still Just a Buzzword In Fashion?

Today, the Business of Fashion reported on a series of inclusion-focused initiatives the Council of Fashion Designers of America (CFDA) has launched to help with the ongoing diversity issue in the fashion industry, which is to say, noticeable lack thereof.

CFDA, a not-for-profit organization dedicated to advocating for the growth of American fashion, has created the Insider/Outsider report. The report outlines how fashion companies fail to hire "outsiders" in various leadership capacities, that is, racial minorities, women, and the LGBTQ community. This creates an unconscious bias among fashion's white majority "insiders," who, only seeing themselves in positions of power, recreate what they consider powerful in their hiring practices. Meanwhile, "outsiders" have difficulty penetrating those systems of power. This, of course, is nothing new, and helps explain lack of diversity across industries.

Regardless, the hope from CFDA's findings, according to the chief executive Steven Kolb, is to help "hold American fashion accountable to be inclusive and diverse." To start, they've partnered with PVH Corporation and hired Bethann Hardison, model and founder of The Diversity Coalition, as an advisor.

And while most can agree that any perceived industry-wide lack of racial and ethnic diversity goes from top-down, there are few solutions offered beyond casual "facilitation of discussions." Sure, there are more transgender, plus-size, disabled, and models of many ethnic backgrounds across age groups on runways and in campaigns than ever before. For instance: The Fashion Spot reports that, for 229 spring 2019 shows and 7,431 runway castings across New York, Milan, London, and Paris, roughly 36% of those cast were models of color, so, two in every five models were people of color.

While that is certainly an improvement even over the last five years, discrimination for models "against type" remains an issue, so fashion shouldn't pat its own back too hard. Tea being: as long as women like Munroe Bergdorf get fired from L'Oreal beauty campaigns for calling out racism, or Victoria's Secret can say it wouldn't hire trans models because they don't sell the "fantasy" of white cisgender womanhood, then there is still much work to be done. In the BoF story about the Insider/Outsider report, Kerby Jean-Raymond, the designer of the label Pyer Moss, was quoted retelling a time he walked out of a conference about diversity in fashion because it spotlighted activism and inclusion merely as trends that benefit business.

Related | 18 Transgender Models to Cast In Your Next Lingerie Show

Some may see these as isolated incidents, but there are countless untold stories like these pointing to a greater systemic problem. For one thing, as the Insider/Outsider report notes: diversity and inclusion should be centered on more than visibility of underrepresented people, and striving to create a genuinely open, nurturing environment of inclusion. During a leadership summit held by CFDA last October, 60% of industry attendees said they would rate their companies' commitment to inclusion and diversity at "three out of five points."

"The industry must recognize and prioritize efforts to support greater diversity on the business side: the financiers, the chief executives, the heads of fashion houses, the senior level magazine editors, and business leaders," Erica Lovett, manager of inclusion and community of Conde Nast, says in the report. "There is a lack of opportunity and access [...] It's a systemic issue tied to the homogeneity of industry leadership. Until fashion leaders across all categories become more diverse, we will continue to only progress at the surface level."

So with all of that in mind, who is calling the shots? Those who believe diversity — optics; what can fit onto a pie chart — is enough. Does it even need to be said that they're white? As a sexy buzzword, "diversity" suggests companies genuinely support people of all backgrounds. As someone who, myself, is often one of one at most companies I work at (Black, queer, non-binary), I look good on a brochure, but how have I been treated? In more cases than not, like a number, regardless of my potential, talent, or any value I bring to the table. I'm only one story of so many in this world of "insiders" and "outsiders."

Inclusion is harder to measure and doesn't fit neatly into a pie chart. But creating a culture of inclusion would include industry leaders, keyholders, and gatekeepers going out of their way to unlearn unconscious bias, by learning about people other than themselves. Seeing as how it's 2019, what the CFDA is aiming to create should become a requirement. Otherwise, the ideas of a more equitable fashion industry will remain just that: ideas.