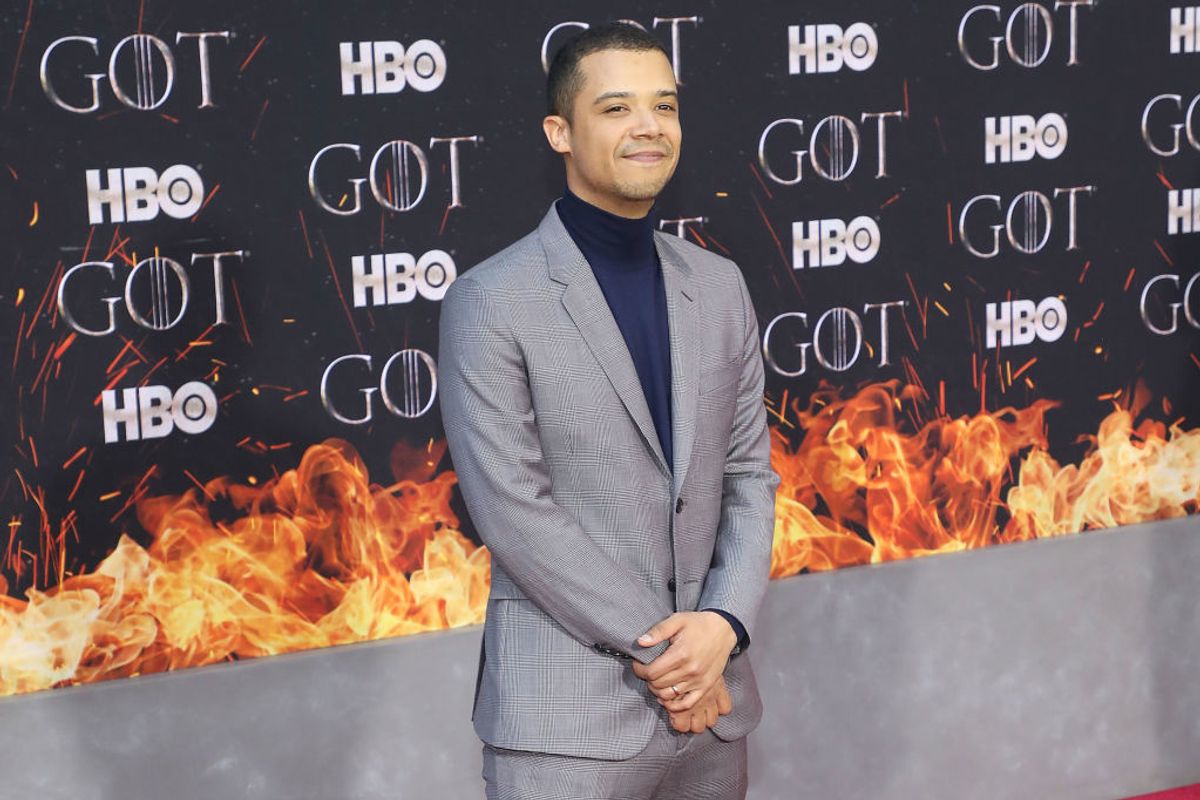 Game of Thrones is very white. That's the truth! Like most mainstream fantasy movies and TV shows, it features few Black actors in leading roles — and for no basically no reason that makes any clear sense. You can't exactly make "medieval historical accuracy" arguments when there are actual dragons breathing fire on screen, right?

Crucially, GoT does have some non-white cast members, and life is awkward for them when angry think pieces about the show's lack of PoC circulate every season. In a thoughtful interview with BuzzFeed's AM2DM host Saeed Jones, Jacob Anderson, who plays Grey Worm, said as much.

When asked whether he was pleased to see that the Game of Thrones prequel series will feature more diverse casting, Anderson said he was "really excited." Although he added that he was still "very proud" to have been part of the original show. "It's a weird thing," he said. "I think there are things that are touched on with Grey Worm... that speak on something to do with being othered in that kind of world. But yeah, it could have been better, you know?"

He went on to say that he and Natalie Emmanuel, who plays Missandei, are very aware of the show's diversity issues but also feel neglected when the conversation comes up: "I saw an article that was like, 'There are no Black people on Game of Thrones.' I can understand that impulse, but Natalie and I get erased from the conversation a lot. We get erased to strengthen an argument that doesn't need strengthening."

Something to keep in mind! Game of Thrones season six premieres next Wednesday.