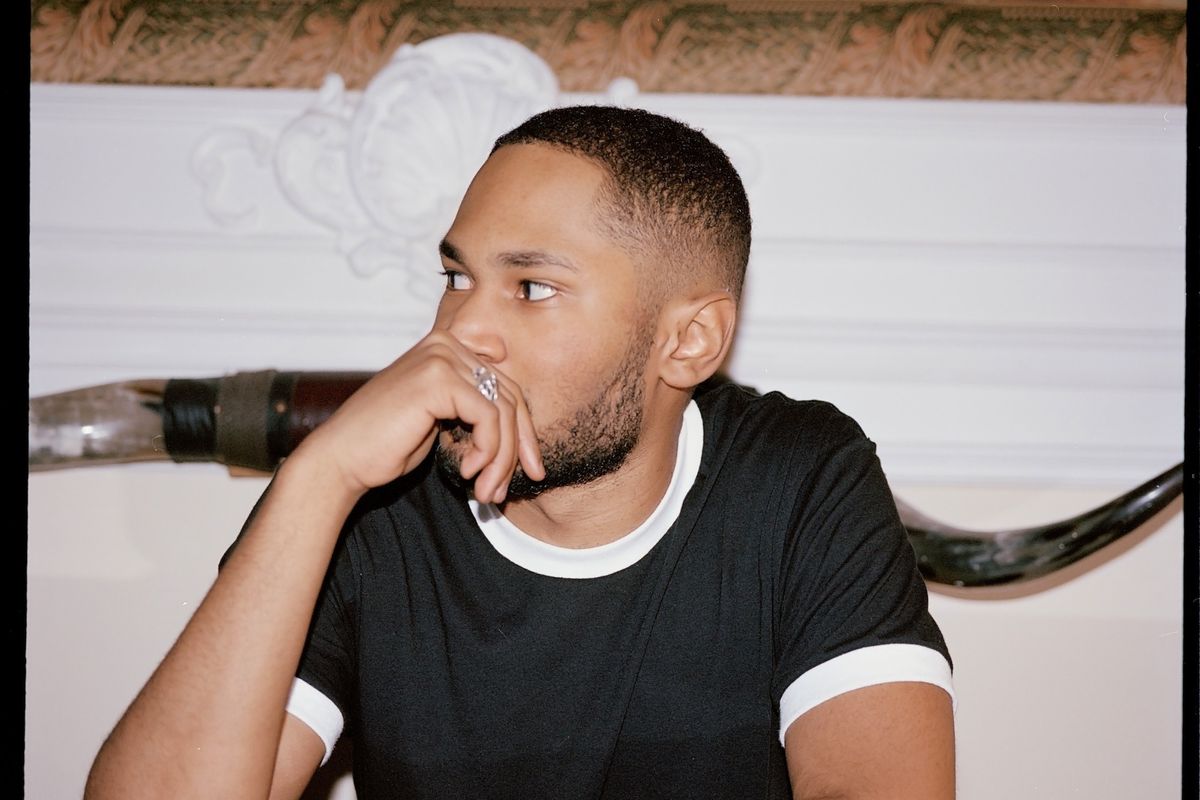 Ever since he uploaded that quick-to-go-viral remix of Janet Jackson's "If" three years ago, Haitian-born Canadian artist Kaytranada, aka Louis Kevin Celestin, has been known for beats that have a knack for circulating the net. However, come this Friday, his first physical release is set to drop in the form of his long-awaited debut album, 99.9%.

With 99.9%, the self-made internet phenomenon takes us on a journey through genre via his chameleonic, on-point production, featuring contributions from a selection of esteemed rappers, instrumentalists and vocalists like River Tiber. Going far beyond reworking golden oldies, it's quite the debut, with fifteen tracks of original material fusing a range of sounds and styles–from disco, R&B and jazz to soul, hip-hop and EDM. We caught up with Kaytranada to talk about his phone call from Madonna, being a "background dude" and why his happiness always comes first.

This album touches on so many different genres. While it takes us on this journey through different sounds, it's also a very cohesive album. Was it always your intention that the tracks be this diverse in regards to style/genre?

Yeah, totally. In some way I wanted to just do a whole album [that was] selling the same thing. Every track the same feeling, while always keeping it different. Not many people do that these days and to me that's why an album is boring. Having different types of music, different genres on every song, it was important. I feel like it's important to keep that alive.

What do your family and friends make of your music?

My parents are pretty much only about Haitian music. They did not understand [my music] right away. That's where they're from and that's their roots. [Outside of that] they just know pop music. Technically I was not making pop music, I was just making hip-hop, and they don't really like hip-hop music. Growing up it was really hard for them to understand [it]. Even when I eventually told them that I wanted to make beats and that I wanted to do hip-hop production, they were not happy. They pretty much saw it as a hobby and did not understand that it was a real thing. Now they understand more and they totally get it.

You've said that when you started out you were spurred on by a desire to help your family out financially. Is this still the case? Are you able to relax and accept that this is a career for life and that you have some security?

It's not so much [of] a struggle anymore. It's relief. I guess I was more fearful before, but now I'm less scared of the things that are going on around me. I'm more relaxed about everything. I am pretty much mellow. Where I'm at right now, I pretty feel that I'm on…no, not on top of the world, but like, I definitely feel good about what's going on. It was not like that before. I'm very happy.

What made you want to give up? What was the biggest challenge?

The fatigue, being so tired, missing my people at home, all that stuff… just being homesick and not making beats. [Making beats] always happens when I'm at home, I never had the ability to make beats on the road really, except if I had a big vacation break. There were [tours] where you'd have to do dates every day and that kept me from making music and kept me from creating....I realize now that all the touring was keeping me down. The fact that I was doing straight-up non-stop touring, non-stop doing dates, non-stop doing this, non-stop doing that, not having friends around… It was frustrating! ...Now I bring my brother out there [on tour] and my manager.

I have to mention the interview you did with Fader last month. It was really powerful and moving to read you talk so honestly about yourself...Had you always planned to be that honest? Did you have an idea of how you wanted the piece to turn out before you met with them?

I didn't prepare the whole thing… saying that I was gay or whatever. It wasn't the whole [point]. The whole interview wasn't to say that I was gay. I was basically just telling what I went through during the whole making of the album. It's true that I went through a depression… and just haven't been true to myself. When you go on tour for like three years straight, you don't really know what's going on when you go back home. [Going home] is a catch up. Last year I was trying to find myself, trying to accept myself, just trying to figure out who the hell I am. The whole interview was just me telling what I was going through.

You tweeted about some negative comments you'd had from high school friends after it went online. How were you feeling ahead of it going live and what has the response been like in general?

I was nervous… at the same time, I really care about my happiness, [that comes] first over what other people think. I'm very happy that people are open about it, and show me respect. The high school negative comments are pretty much the only negative [response] I've had so far. It's a blessing that people are still cool with it. If people are not cool with it, just don't talk to me about it. It's cool that way too.

Is there a collaboration that really woke you up to the fact you were doing well? Madonna reaching out to ask you to join her on tour must have been surreal…

Yeah, totally. She called me and asked me [to do it]. I was not really sure about doing it before [that], because you know, opening for a big stadium, it's crazy, especially if you're just DJing. You're probably not going to get the right vibe that you usually get. She eventually called me and convinced me. I had a good conversation with her on the phone. It was pretty surreal. I hung up the phone and I was like, "Damn, I just spoke to Madonna".

Other than her trying to convince you to open for her, what else did you talk about?

What did Rick Rubin have to say when you spent time at his studio?

For most of the beats he didn't say much other than, "That's crazy". It's pretty much a blessing to even get every two cents you can from Rubin.

You still live at home with your family in Montreal. You've said that you're waiting for the album to come out before you move out and get your own place. Why?

It didn't really have anything to do with the album, but in some way the album coming out means some sort of independence in my life. I've always been dependent on my family because of what I went through. It's a psychological thing. I want to fly the nest. I want to be independent for real.