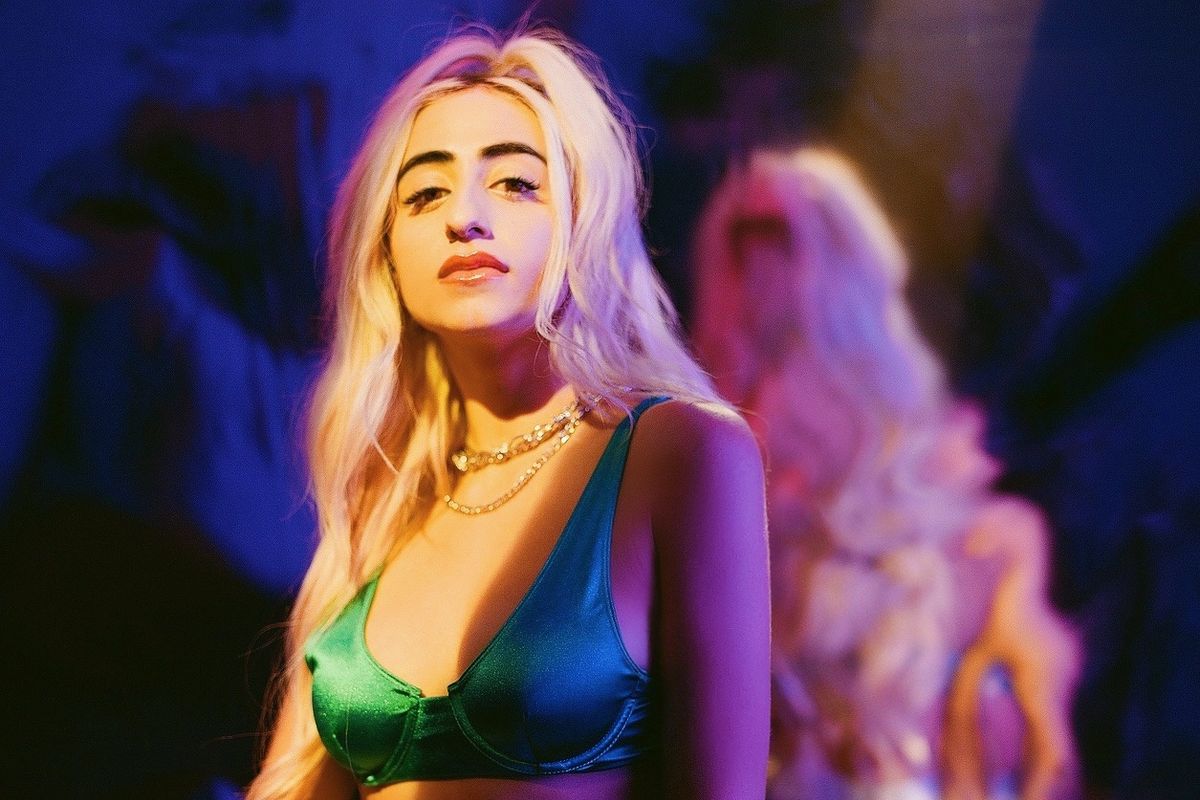 Get Away With Disco Shrine in Her New Video

Rising LA pop star Disco Shrine is building a name off her homage to disco by contrasting high energy pop beats with smoother, more relaxed melodies. In "Wanna Get Away," out today, she uses (the now very distant) ideas of vacationing to lure in listeners during this difficult time. She sings, "Thinkin 'bout the past/ And now, leave the stress/ Let's clear the clouds."

Related | Fields Is a '70s Heartthrob in New 'Verdugo' Video

The song arrives today with a music video (directed by Andrew Butte with help from Emilio Diaz), where Disco Shrine projects nothing but confidence and wavy, west coast summer vibes. The video features her lyrics in front of a water mirage, alongside playful clips of her dancing and dreaming of where to travel.

"Having to social distance and not knowing what lies ahead is a scary reality for most of us right now," Disco Shrine said. "'Wanna Get Away' is about using escapism as a way to cope with everything happening in the world."

"Wanna Get Away" is not just about the idea of escapism, she continued, "It's about not taking for granted the things we used to do, like going out with friends and wishing we could do the things we always said we would, like traveling."

Disco Shrine will also perform in a virtual show hosted by Salvi Saturday night where she'll perform "Wanna Get Away" live.