Dirty Mary, Crazy Larry & Race With The Devil On DVD 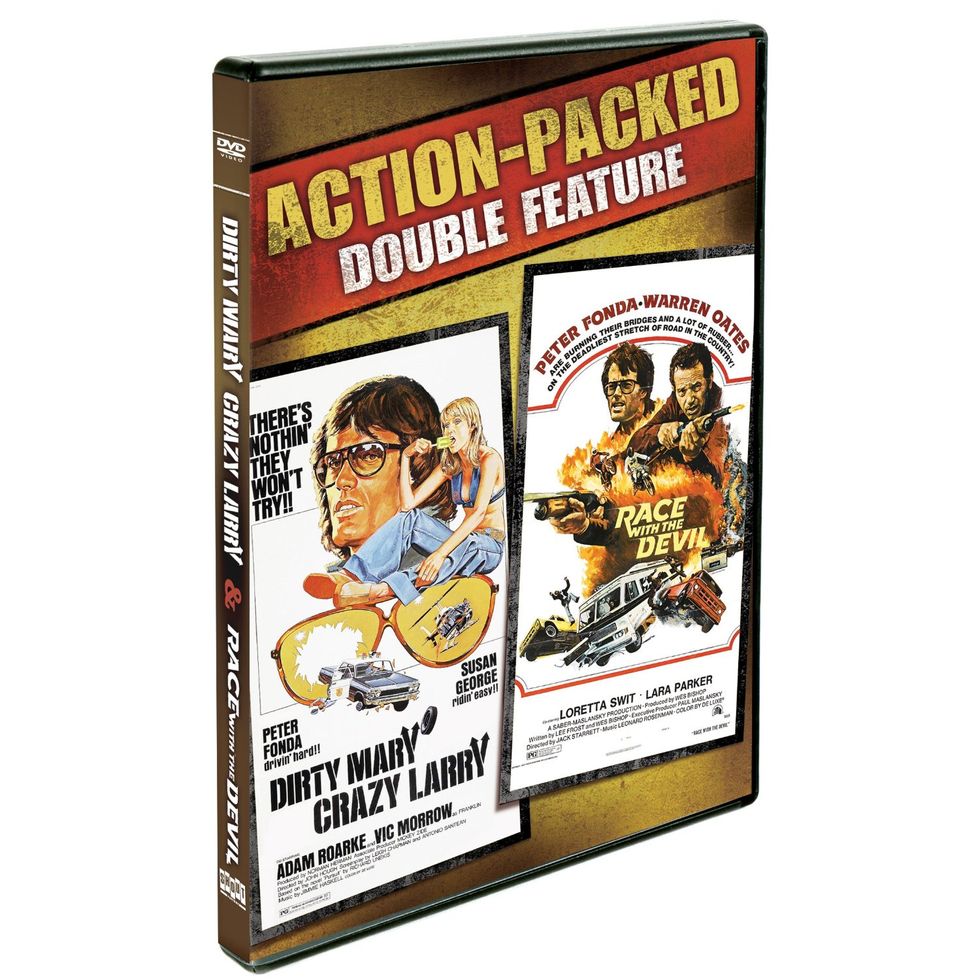 A double dose of Peter Fonda road action films: Dirty Mary Crazy Larry and Race With The Devil (Shout Factory). In Dirty Mary, Crazy, Larry (1974) Peter Fonda stars as Larry, a cocky stockcar racer who robs a SaveMart along with his mechanic Deke (Adam Roarke). Loudmouth, annoying, Mary (Susan George) hitches a ride with them and they haul-ass across the countryside in a blue souped-up 1968 Chevy pursued by the cops. "Do you remember Robert Mitchum in Thunder Road? I'm gonna powder his face!" Fonda brags as they outrun the authorities and try (unsuccessfully) to dump motormouth Mary at every crossroads. Race With The Devil (1975) Peter Fonda, Warren Oates, Lara Parker and Loretta Swit are vacationing couples traveling across country in a big RV. They unfortunately spy a group of satanists practicing a human sacrifice one night and are then chased by the devil worshipers across country. Directed by Jack Starrett, this is nice and suspenseful with a cool ending too.