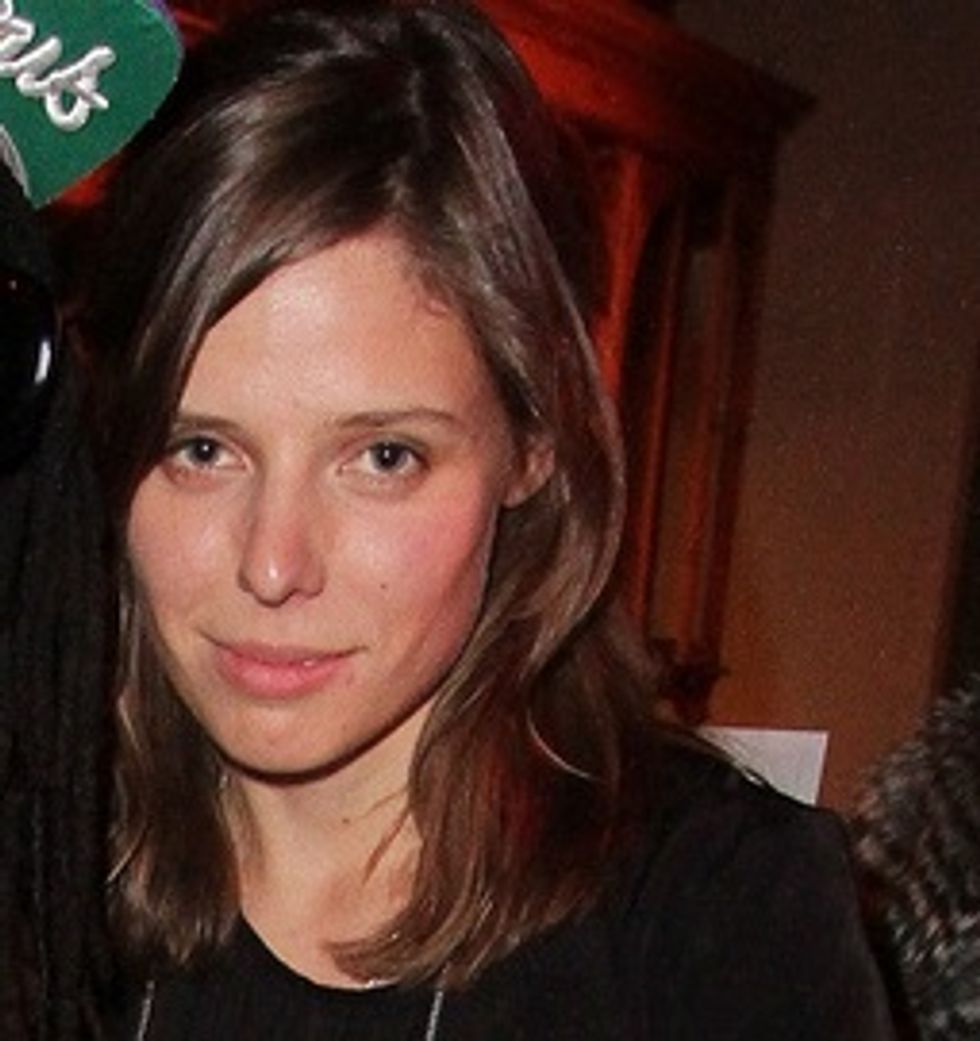 Whether she's road-tripping with an Elvis impersonator or capturing a teenaged ice-skater in a breakdown, Emily Kai Bock's music videos are, simply, beautiful. The Montreal-based director turned industry heads with her Grimes video "Oblivion," and has already shot a commercial for Coke and directed a documentary short on NYC's underground rap scene. With a documentary feature on experimental band Tonstartssbandht and a venture into scripted dialogue on the way, Emily Kai Bock is one to watch. We talked to her about her process, her love for the documentary, and how film is the greatest discovery of our time.
Has directing and film in general something you always knew you wanted to do?

No, not at all. I wanted to be a gallery artist for a long time, and only made painting and sculpture and installation. But with film, I wasn't attracted to what I was seeing on TV and in most commercial films, so I never knew that was a route that would be fulfilling for me. It just didn't seem like there was room for the films I wanted to make, until I discovered video art and conceptual photography and that led to me learning about film history and being exposed to more independent filmmakers. A huge curtain was lifted; basically everything that I was interested in, painting, music, making 3D installations, performance art, all those things I was attracted to came together in this world of film.

What is your process like when deciding the direction you want to take a video? How much for you is it a collaboration between the artist's vision and your own?

I've never made a video that was the artist's idea. I will speak to the band about the idea and they'll add stuff to it. For instance, I'm doing this video and the band wanted a cameo in it so I have to write these characters that fit into it. Grizzly Bear was also super open to whatever I suggested.

I get these ideas specifically for a song and I want to reuse them for another song or video but it never works that way because the idea is really custom to the band or to the song itself. That's good though, because it keeps you working and challenging yourself to have to go through the process of laying the groundwork for an idea and not knowing if it works until the edit. The hard work is sitting down and planning it and praying it's going to be something that other people like looking at.


Your Grimes "Oblivion" video is obviously one of your most well-known works and one of my personal favorites. How did the concept for that video come to you?

I was thinking a lot about masculine culture and macho settings like frat boy culture. I just started thinking about that a lot when I shared a loft space with these five guys that was also an art collective. I was thinking about being the only girl in a lot of situations -- the film world is very male-dominated and the music world can be that way as well. I know Claire was the first girl to be onstage [at the loft space] when it was all male bands playing shows. So I was thinking about being surrounded by masculine energy. I also watched this documentary in art school about boys being taught to suppress their emotions and to be tough, and that's not ever put on girls because girls are allowed to be emotional and in touch with their feelings. It was also a mix of aesthetics, because shooting in a stadium at night is just a beautiful and epic experience. And, of course, Claire is so captivating.

A lot of your music videos, from "Oblivion" to Kool Music's "Running Back to Everyone" to Sebastien Schuller's "Nightlife" are portraits of a specific person or group of people you've seem to have just encountered. It's very documentary. Do you find yourself being typically drawn to that sort of focus when it comes to music videos?

That's a running thing for sure. I like getting to know the camera's ability to enter into the world or even the headspace of a person. Often, for me, I'm thinking about people I see on the subway and I would love to follow them home. Everyone has an insane life story and it's hard to break through to that. That's something film has definitely given me -- this insight into someone else's perspective and worldview. For centuries we've been perfecting all these separate art forms like writing, painting, music, but with film, we get to tie all of these together. I think it's the greatest discovery of our time -- other than space technology and airplanes. [Laughs]


Your documentary segment from New American Noise for the Sundance Channel profiles a host of NYC based rappers like Angel Haze, Mykki Blanco, etc. How did you get involved in that project?

Sundance had already chosen the cities and my video commissioner asked me to cover New York. So I started to email some of my musician fans and Claire [Boucher] had played a bunch of shows with Mykki Blanco and told me about the alternative rap scene there and how people are experimenting with it. It seemed so interesting to think about this rich legacy that people connect to, all these New York rappers and how they're walking the same streets as Grand Master Flash and Biggie, who birthed hip hop. The city itself is a central character.

I also read that you're working on a documentary about the band Tonstartssbandht? Can you tell me more about that?

I'm really good friends with Tonstartssbandht. They make very experimental music; it's like this form of electronic boogie rock with beautiful vocal over-dubbing and drum and guitar jam sessions. A few years ago, they played a show at the loft space, and I think that was one of the first moments of me thinking, "I have to grab the camera now and film this," so I started filming their shows and interviewing them. Then I learned about their father who is also an experimental musician. So, I flew down to Florida and started interviewing him a bit and I was very moved by how families support each other in the arts. I really believe in what [Tonstartssbandht] do and what they're making but how do you live when you want to make something that's not mainstream? There's a lot of beauty in what they're doing and I wanted to learn about the artists' struggle and how families operate under that. I'm just tying it together now and hopefully edit it by the end of the summer.

Last year you directed an ad for Coke. Were you at all reluctant to do something that commercial as an artist?

I was reluctant until I started learning about the world of directing and basically understood that you don't make any money at all -- if anything you lose money because you want to make your films better and you invest more money out of your pocket. For me, I can't have a part-time job right now, because I'm either editing or planning the next shoot. I see that it's a bit of a trade-off. That video for Coke allowed me to live for five or six months where I made four or five music videos for free.

Besides the Tonstartssbandht documentary, are there any future projects that you're doing that we can look out for?

I'm actually writing my first fiction short that we're shooting in the spring.

Can you tell me a little bit about the plot?

I haven't even told anyone about it at all. [Laughs] I don't want to say too much about it. I can tell you it will probably be 20 minutes and it will be ready by the winter or fall, if I can edit by the summer. It will be a venture into dialogue, which will be really exciting for me.