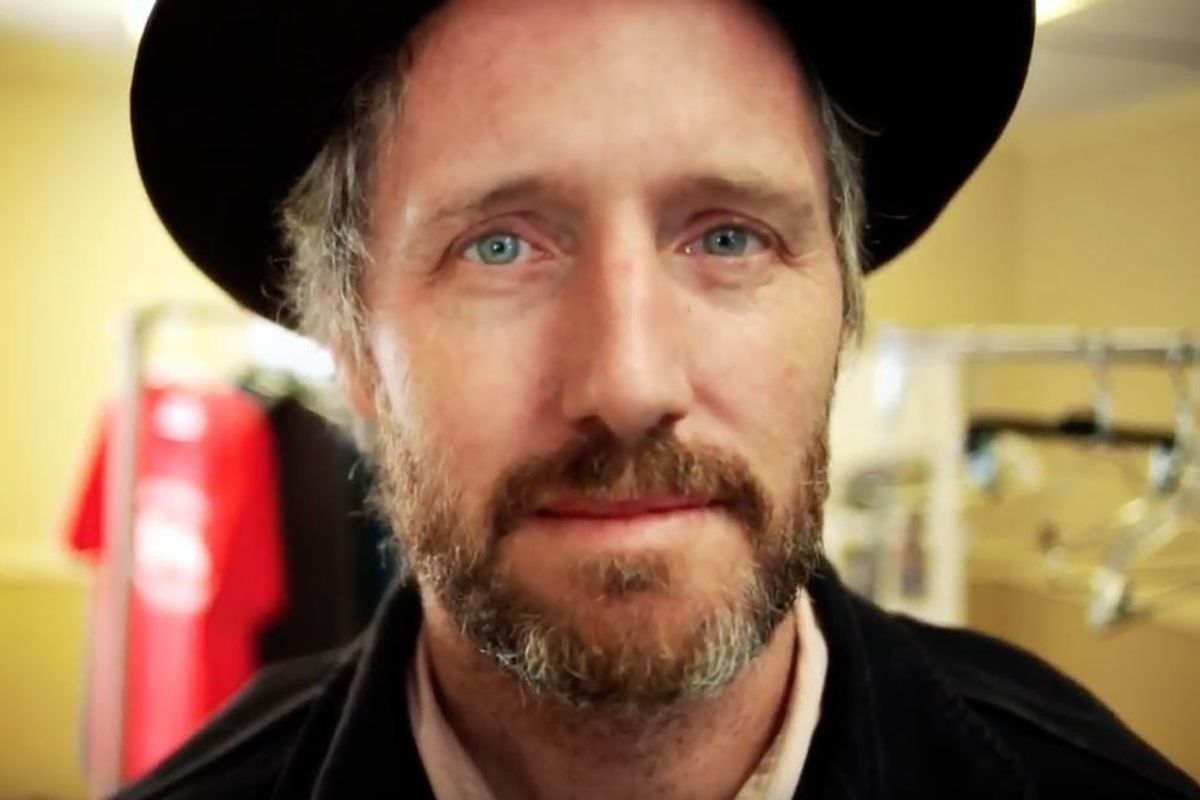 Annette Benning's performance in 20th Century Women is the talk of tinsel town. She's justifiably touted for an Oscar for her role as a single mom in Santa Barbara coping with the changing world of the late '70s. One of the year's most likeable dramedys, it also stars Greta Gerwig, Elle Fanning, Billy Crudup and Lucas Jade Zumann, but the real star for New Yorkers on the downtown scene in the '90s is the movie's director, Mike Mills.

While he's known today primarily as a film director who began his career in music videos for bands like Air, Yoko Ono and Blonde Redhead, the Mike Mills who lived in New York before that was part of a loose-knit tribe that gravitated around Max Fish and the Alleged Gallery on Ludlow Street. Alleged, run by Aaron Rose, was the first gallery to cross-pollinate the California and New York scenes driven by skateboarding, graffiti, street fashion and independent music. Mills, who had moved from California to study art at Cooper Union, became integral to a group that has since grown in notoriety as the Beautiful Losers (book and movie) that includes Shepard Fairey, Mark Gonzales, Spike Jonze, Margaret Kilgallen, Barry McGee, Phil Frost, Chris Johanson, Harmony Korine and Ed Templeton. These originators began to create art that reflected the lifestyles they lived, a movement of sorts that has since grown to be as influential as its '80s forbearers Basquiat, Haring, the graffiti writers, et al. As a graphic designer, Mills had a creative role on Kim Gordon and Daisy von Furth's X-Girl, a low profile mainstay of the group that also included Mark Ronson, Kathleen Hanna, Thurston Moore and Chloe Sevigny. Even before he went out to Hollywood to make his name as a filmmaker, Mills was already a star of a creative community that would go on to have an impact on the culture on a parallel with hip hop's global footprint.

20th Century Women is a tour-de-force in several ways. Both a throwback to the late '70s and oddly of-the-moment as it addresses our fears of growing up at any age and confronting the future. On the surface, a story focused around a single mom (Annette Benning) who engages the residents of her home-cum-boarding house to help her son navigate his teens, it is also full of foreboding as the U.S. unknowingly moves out of a benevolent Jimmy Carter administration into the let-them-eat-cake years of the Reagan era.

Another in a series of fact-based fictions, Mills takes on the difficult task of looking at a world in transition as his '70s era real mom did when he was growing up at the dawn of punk in a home very similar to the one depicted in the movie. Greta Gerwig and Billy Crudup are the boarders, and Elle Fanning plays Mills surrogate Jamie's (Lucas Jade Zumann) platonic girlfriend who has the habit of dropping in for sleepovers. The script was written over a period of three years, which included the birth of a boy to Mills and wife Miranda July.

Since moving back to California in 1999, downtown has changed quite a bit. A visit to old haunts like Max Fish and Pink Pony turn up as hotels looming over the original tenements that are still standing. But the memories are as fresh as yesterday. "I think about New York all the time," Mills says, ensconced in the office of his distributor A24 Pictures. As is his custom, he's wearing a jacket and tie. After our talk, he's heading to a screening of the film where he's to be interviewed by Spike Jonze, a friend from back in the days of X-Girl.

His art teacher Hans Haacke, he says, "is still alive in my head." As is the long-closed Kim's Video on St. Mark's Place. "I can still see the auteur shelves in the back. Kim's was like my film school because I went to Cooper Union to study art. I didn't know what I was looking for and I didn't have a teacher so I just went to the back of the store and there was all of Tarkovsky and all of Godard and all Kurosawa and you'd just go through it. They were great. I like learning when I'm not in school."

Before telling the story of his mom, there was 2010's Beginners, another memoir as movie, this time focusing on his dad, a museum director in Southern California who came out as gay at the age of 85. "Beginners is a big shadow to get out from under," Mills says. "It was the biggest thing that ever happened to me. It was such a personal movie." And successful. It went on to earn Christopher Plummer, who played the father, an Academy Award for Best Supporting Actor. "Have you read Milan Kundera's Unbearable Lightness of Being?" he asks. "It's very polyphonic, goes back and forth in time, uses essay stuff, puts fictional characters against history, very multi pronged. I like real life but it doesn't have to be mine. I feel like I can investigate people's lives. I'm a documentarian in my research for my script, but I make a fictional film."

Mills has a lot to say and it's fun seeing this otherwise mild mannered aesthete get all passionate about movies. "I love Fellini too, Resnais, Truffaut. A movie like Amarcord or 81/2--those are, to me, the real high mark. Complexity and density of story lines, the decentralized perspective. Those movies have their own custom-built constructions, not borrowing film formulas or borrowing the conventions of plot to create forward motion. My films do come from real life, from real people and real memories, slightly more like a journalistic approach. I'm not excited about conventional film formulas, as you can tell."

Mills is interested in the time people lived in, but also the space, the psychological perspective. The details of the period piece are all there but not in a way that makes it the subject of the movie at the expense of the characters. "What were we thinking, what was most available emotionally, what were our issues, that was most interesting to research and develop," Mills says. Here's where art imitates life and vice versa. "My mom was born in 20s, grew up as a Depression kid, wanted to be a pilot in WW2. I wanted to talk about how strange it was to be her. She had me when she was 40 in 1966, which was really weird and no one did. She's not a normal woman. Imagine Amelia Earhart and Humphrey Bogart as a woman leaning more towards Bogart than Earhart. That's my mom. There she is in the '70s trying to raise me as a fish out of her historical water."

It sounds awfully serious, but Mills's light touch and comedic feel never lets the film drift into the maudlin. "We had a big house and we had a guest house and my mom was a contractor. And in the '70s, imagine what construction crews were like -- all these lost souls," remembers Mills. "And they were always around the house. America was much more dependent on each other, the idea of community was strong and the idea of privacy much less important. So my mom, like in the movie, was constantly inviting people over for dinner or to the house to give me advice for my life. Santa Barbara in those days was more like Grey Gardens than Oprah. Weird and bohemian. There was money but Grey Gardens money. Old odd characters. My mother would say, 'Michael, go sit with Mary Steele. She's going to leave the earth soon and we don't make characters like that anymore.' My parents were having parties constantly. And I was the bartender in those parties. And all those people were alcoholics. And I was a frequented part of the party."

The ensemble nature of the movie was nurtured by Mills with dance parties of punk music and Sinatra rotating on the dance floor of the constantly-in-construction house used as a set for the movie. Getting to know his actors and their getting to know each other is integral to his organic process that includes "improvisation and non-verbal interactions." "I took acting classes and acting workshops to be a better director," he says.

"You know what's funny. I find the big film world of the fancy Director's Guild of America don't associate directing with good performances. Directing is for macho type crane shots, dynamic shots, chase scenes. What I do is almost an effeminate form of directing," says Mills. "To me, my kind of movies, human performances, interactions between people is the heart and soul of the whole thing. I'm slightly staid, slightly shy, but I love a boundary-less, actor. I love the permission they give me to be more emotional to make these leaps. It's really a treat for me."