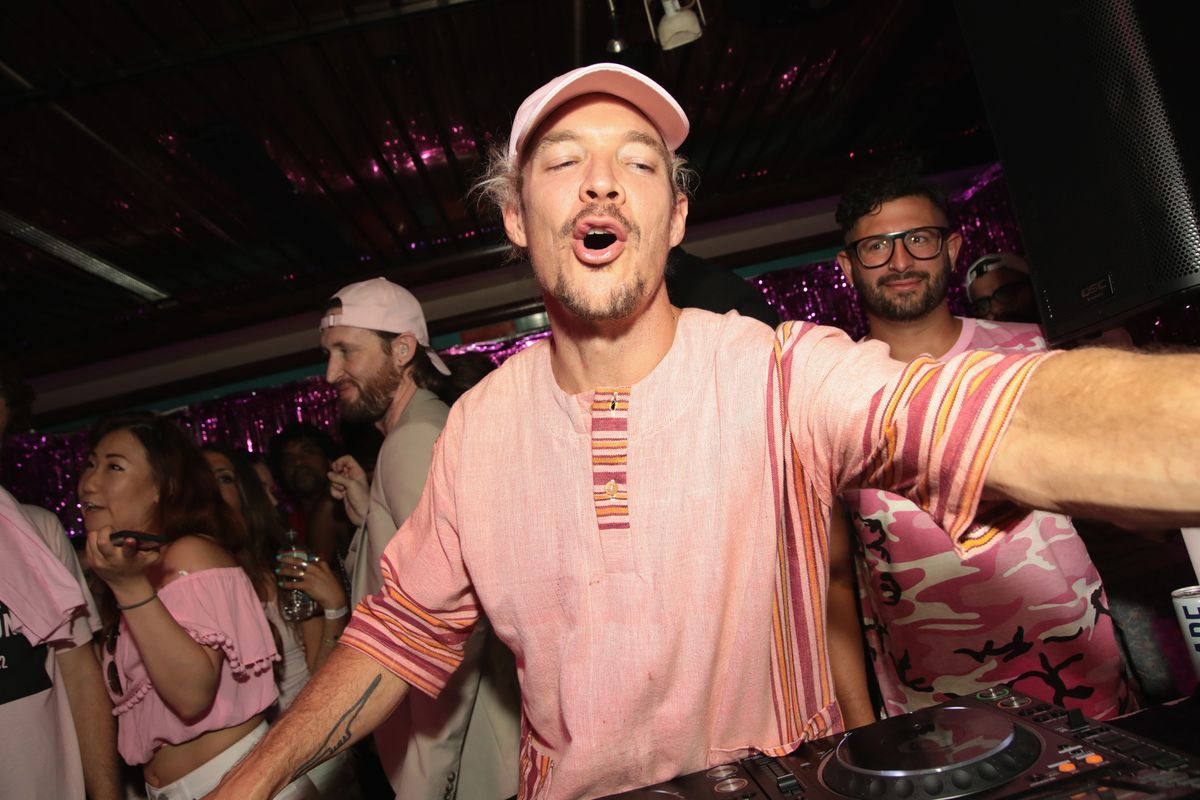 As you've likely heard by now, Sophie Turner and Joe Jonas had an unbearably chic second wedding — complete with a dog in a tuxedo — in France over the weekend. But as celebs not willing to take any chances, the two apparently decided to confiscate their Instagram-obsessed friend Diplo's phone following his now-infamous live stream of their shotgun Las Vegas ceremony.

For those of you who may not remember the couple's previous, post-BBMAs ceremony, Diplo decided to play wedding videographer and live stream the whole thing via Instagram — a move that Jonas joked "ruined" the May wedding. So, naturally, the second time around, Diplo apparently had his phone confiscated and "put in a holding cell during the ceremony."

"This is the only photo I got from Joe and Sophie Turner Jonas wedding," he wrote in an Instagram caption of himself walking down a set of stairs at the chateau they held the wedding the at. "Heard it was lovely tho."

That said, we can't totally blame Diplo, as he claimed in an interview with On Air with Ryan Seacrest that he had no idea that the wedding was for real.

Thankfully, both Jonas and Turner have clarified that they found the live stream hilarious. Because while Turner previously told PORTER that "it would have been better if no one had known," the broadcast was funnier to them than anything else.

Check out Diplo's latest post from the wedding, below.

This is the only photo I got from Joe and Sophie Turner Jonas wedding because they took my phone from me and put in a holding cell during the ceremony . Heard it was lovely tho 🥰