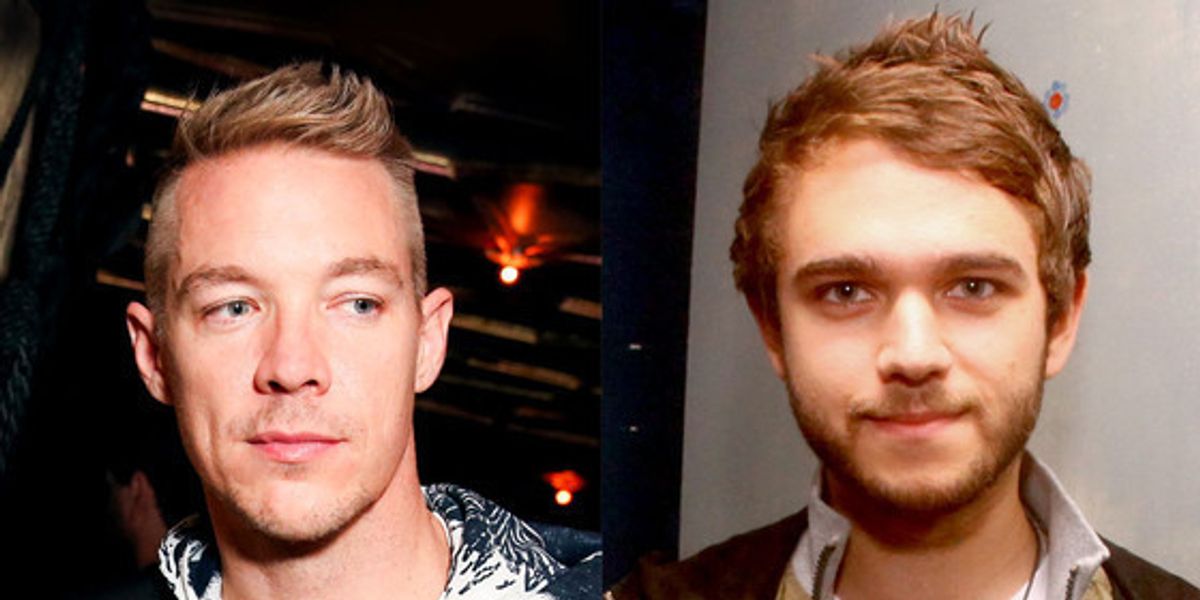 Diplo tore into Zedd's collaboration with M&M's 75th anniversary for a new cover of "The Candy Man" from Willy Wonka (with Aloe Blacc).

Zedd took the bloody bait, and clapped back, almost immediately:

Diplo, not surprisingly, responded with this (which he's since deleted):


Then Zedd corrected his grammar:


Then Diplo accepted his grammar lesson:

"You're better than this"


Then, in the douchiest form of Deus Ex Machina, DeadMau5 butted his big mouse head into the convo:

Then Diplo got existential: