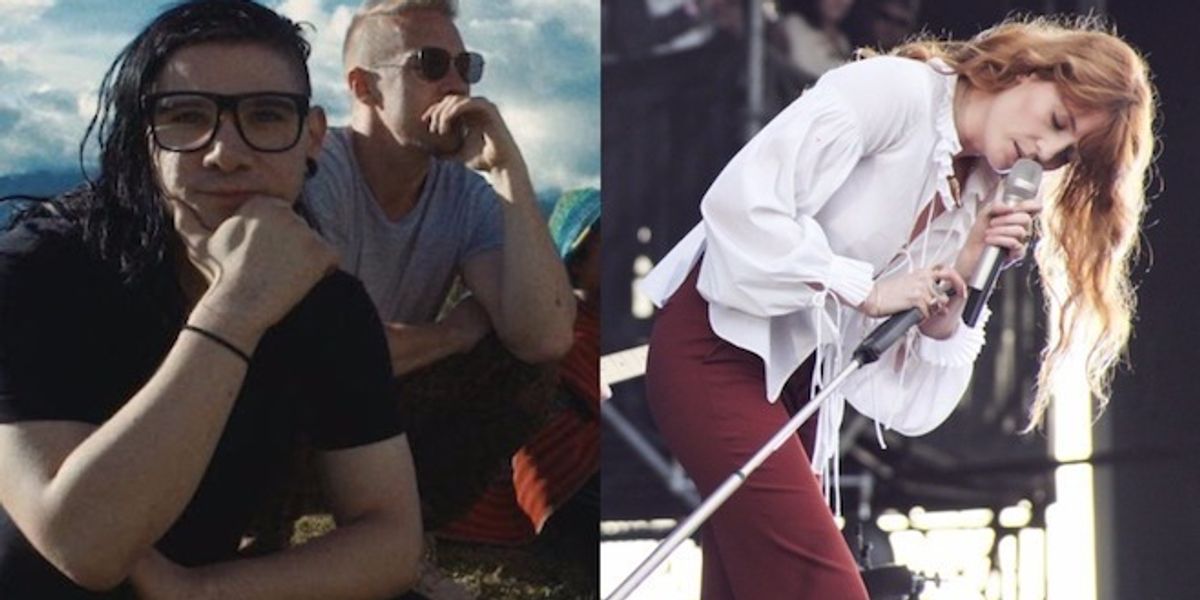 ...offered up teasers of an apparent collaboration with divine banshee Florence Welch on their respective Snapchats earlier.

You can clearly hear Welch singing, "Constellation around your heart."

And in Skrillex's clip.

Listen to another snippet from Skrillex's snapchat! Of Constellation around your heart ☄ pic.twitter.com/3f1q2VOqdE
— Florence Updates (@FATMUpdates) March 19, 2016

Jack Ü's song "Where Are U Now" with Justin Bieber won a Grammy this year, and arguably the biggest song of 2015...

...so with Florence's triumphant pipes, this will assuredly be a smash.