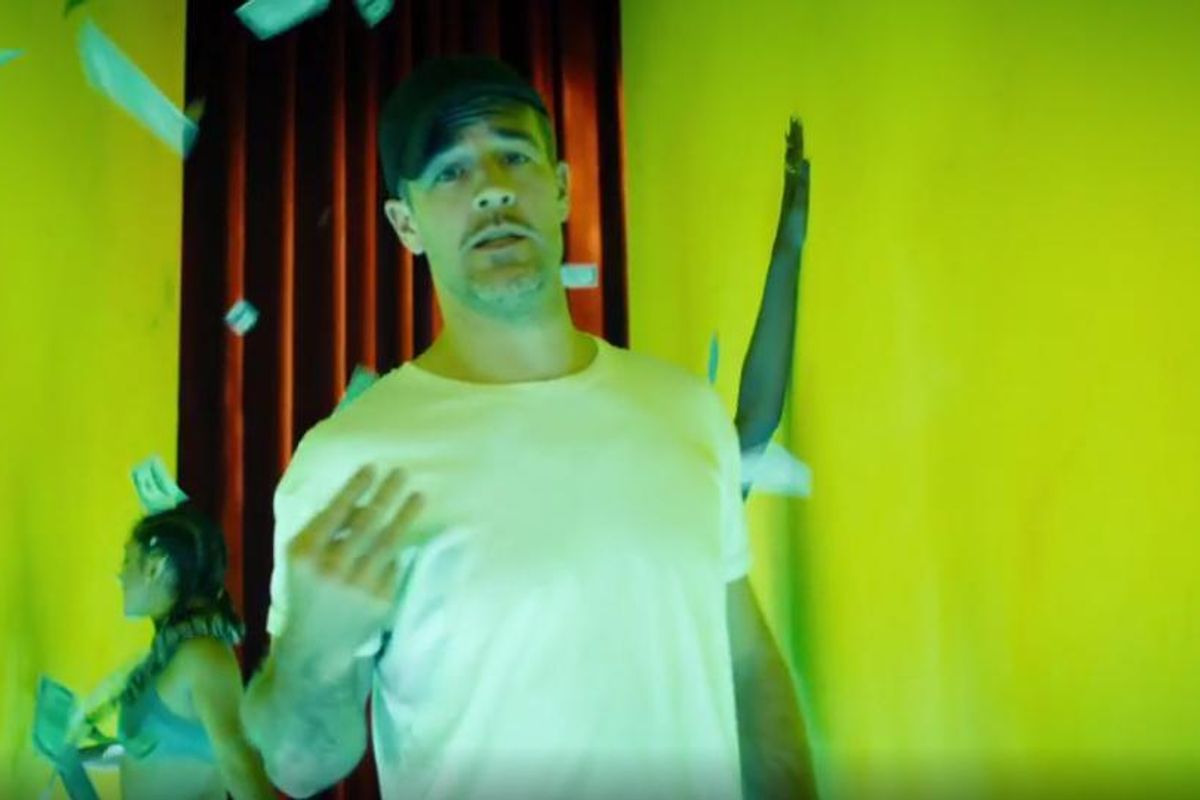 The Dawson's Creek star, an unlikely Diplo lookalike (at least I think so), caricatures the superstar producer in all his EDM glory. In scenes that are supposed to be relatable but are delusional, out-of-touch displays of wealth, Van Der Beek charms: waking up to a harpist in lieu of an alarm clock; scantily clad women twerking in his abode; production house elves; and a black guy named Jamar tweeting for Diplo, dawning the URL blaccent Diplo's often criticized for. Together, the scenes poke fun at Diplo's celebrity, and the perceptions people have of him.