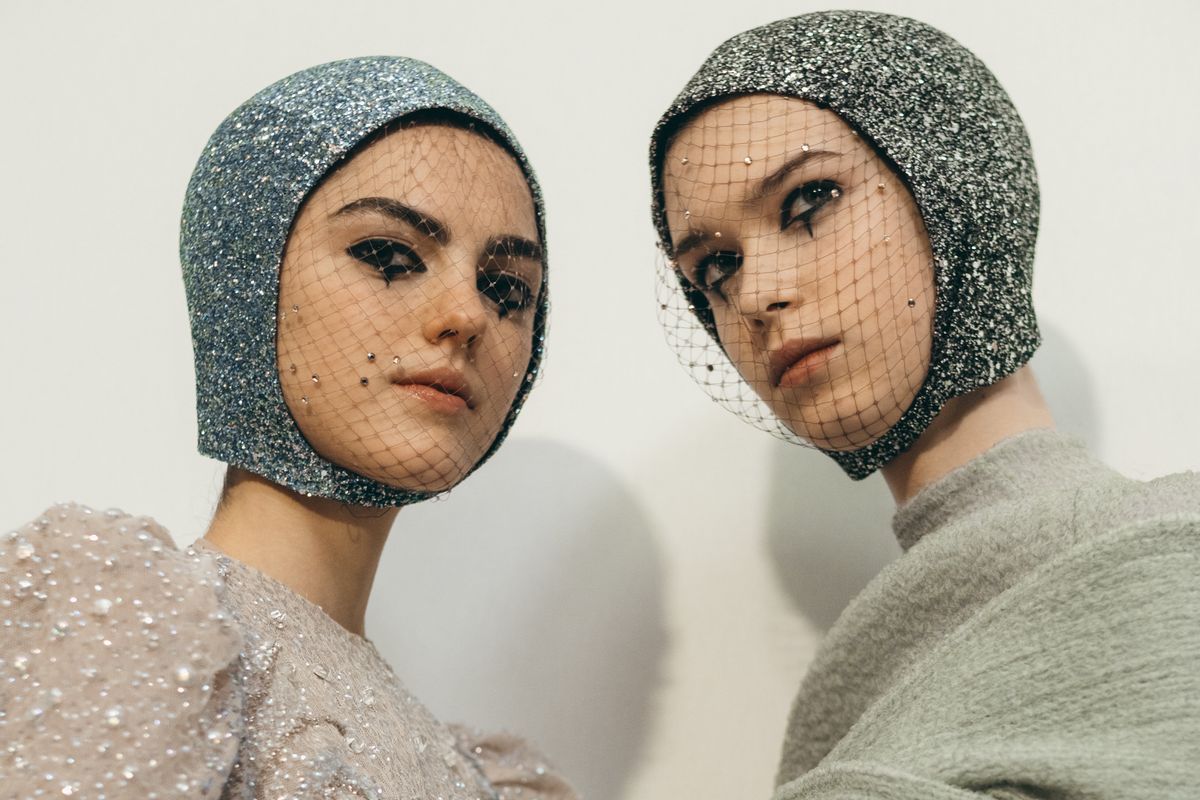 How Dior Made A Swim Cap Chic

At Dior's spring 2019 haute couture show, the ladies strutted like Victorian clowns through body-sculptures made of an all-female acrobat troop. Both the collection — featuring tutu-style skirts, sailor necklines, bodystockings and ringmaster tailcoats — and the show, held in a massive circus tent bejeweled with string-lights with a harlequin print floor, were visions.

The collection, by artistic director and Valentino-alum Maria Grazia Chiuri, was inspired by the circus' "creative chaos" and the artists like Pablo Picasso, Jean Cocteau, Cindy Sherman, and Richard Avedon, who've documented its history.

Related | Dior Rides A Conveyor Belt Towards The Future

In a BTS video, Jones breaks down the craftsmanship and inspiration behind the caps. He reveals that his muses were two clowns named Pierrot and Columbine: stock folk characters from a seventeenth-century Italian form of pantomime theatre called commedia dell'arte. Sad clown Pierrot falls in love with the beautiful Columbine, who breaks his heart when she leaves him for Harlequin.

Jones eloquently describes how the hats elevated the collection's looks: "In the grammar of the silhouette this season, the hat is the exclamation point."

Check out footage of the full runway show here, and exclusive BTS shots from the Dior Haute Couture spring 2019 women's show below.