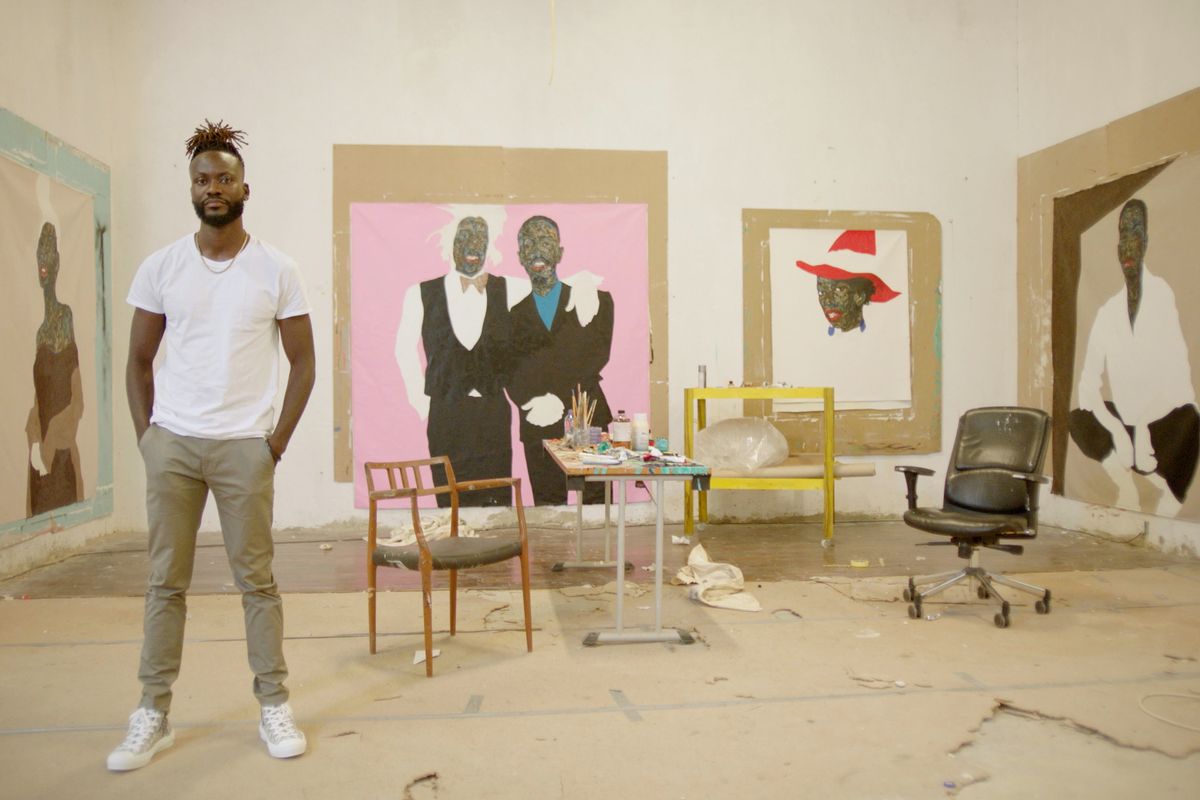 How This Artist From Ghana Inspired Dior's African-Centered Collection

Last year, around the time Dior staged a men's fashion show in Miami during Art Basel, Artistic Director Kim Jones met Amoako Boafo, a rising artist from Ghana and based in Vienna. Boafo was the artist-in-residence of the new Rubell Museum, which was located directly across the venue Jones used to show his men's collection.

The two quickly hit it off after Jones gravitated toward Boafo's colorful portraits celebrating the Black gaze. (Jones spent much of his youth in places like Ethiopia, Kenya and Tanzania.) Boafo's Black Diaspora series, which explores various perceptions of Blackness — specifically Black masculinity — would end up inspiring the designer's Spring 2021 collection.

Released today as a short film in lieu of a runway show, the collection sees Boafo's artworks of African subjects transposed on a range of garments, from intarsia knits to embroidered coats. The less-literal influences include the mix of proportions, stripes and florals rendered in the artist's signature neons and dazzling use of color.

"We started with the idea of ivy which is a very famous Dior dress," Jones says in the film. "When we were in Ghana we saw a beautiful new work of his (Boafo) which had a guy in an ivy shirt. That was the starting point for the ideas of taking the textures, prints and colors from his work and really turning that into the portraits that come to life."

The film is set up as two different acts, with the first installment showcasing Boafo at work in his studio and the second presenting Jones' creations. "I tend to look at characters that have a sense of style in fashion," Boafo says of his portraiture. "The interesting part for me working with a fashion house is how they were able to transfer my finger-painting technique onto clothes."

In addition, Dior announced that they are supporting an art initiative in Ghana spearheaded by Boafo that will create a place of residence for young artists in the region.

See some of the key looks from the collection in the gallery below along with the complete Spring 2021 film, below.