Kim Jones, Louis Vuitton's former artistic director of menswear, took over as creative director of Dior Men earlier this year. At his much-anticipated debut show in June, the beautifully cut suits and covetable sneakers were as enthralling as the imposing, floral characters by American artist and designer Brian Donnelly (aka KAWS). The two come together again in Jones's debut campaign for the house, which was shot by Steven Meisel. 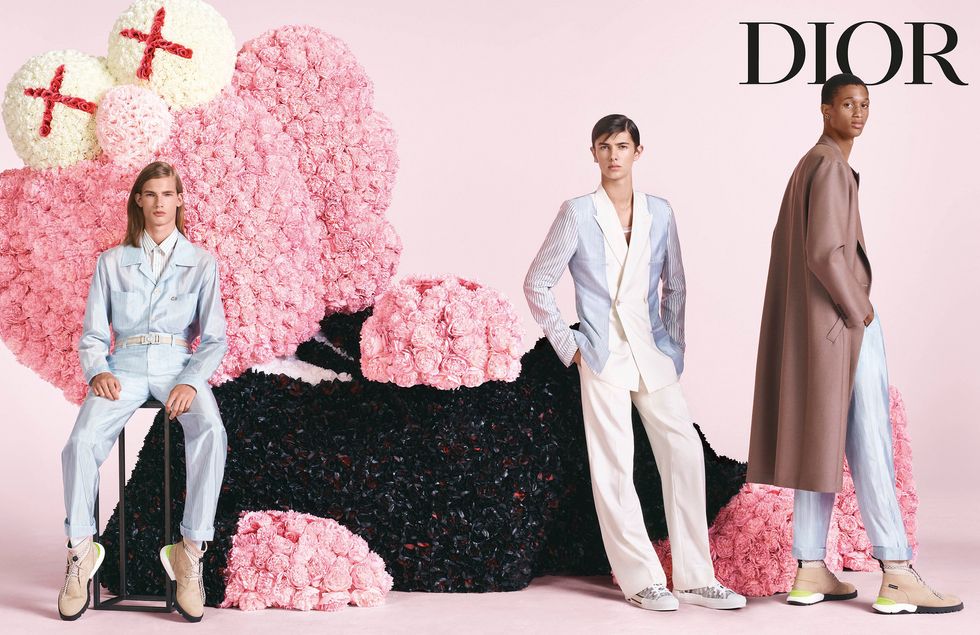 Models including Malick Bodian, Romaine Dixon, Valentin Caron, and Lukas G (in makeup by Pat McGrath and hair by Guido Palau) were photographed against a blush pink background with the larger-than-life KAWS "BFF" figure dressed in a tuxedo anchoring the set. Pince Nikolai of Denmark also joins the group, dressed in the exact white and azure ensemble in which he opened Jones's inaugural show — an event that marked the royal's runway debut. 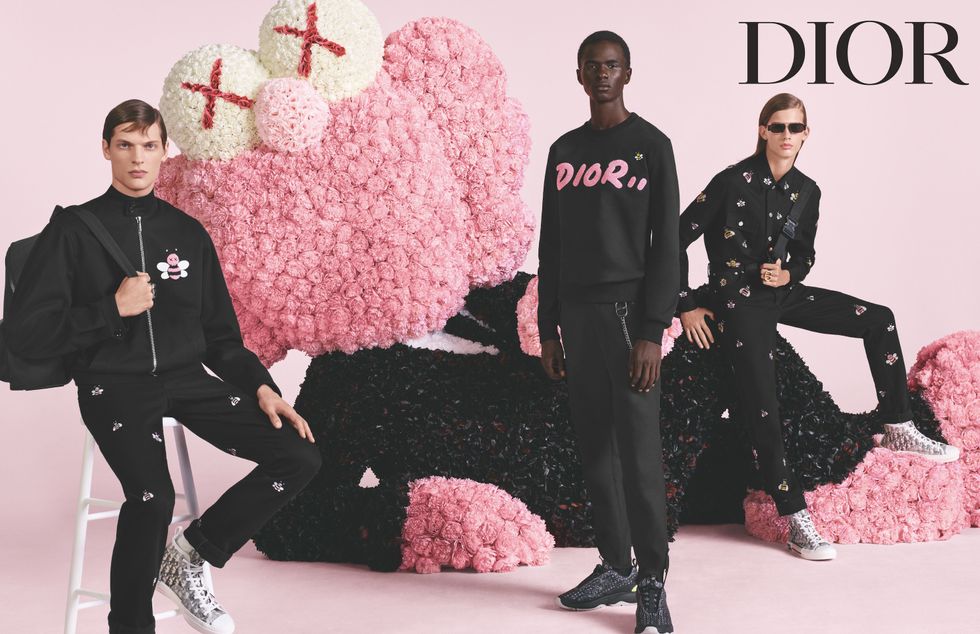 "I wanted the advertising to reflect the spirit of the men's summer show and the beauty of Dior," Jones said in conversation with WWD. "I've always wanted to work with Kaws, I think he's super chic and also his work speaks to a lot of people."