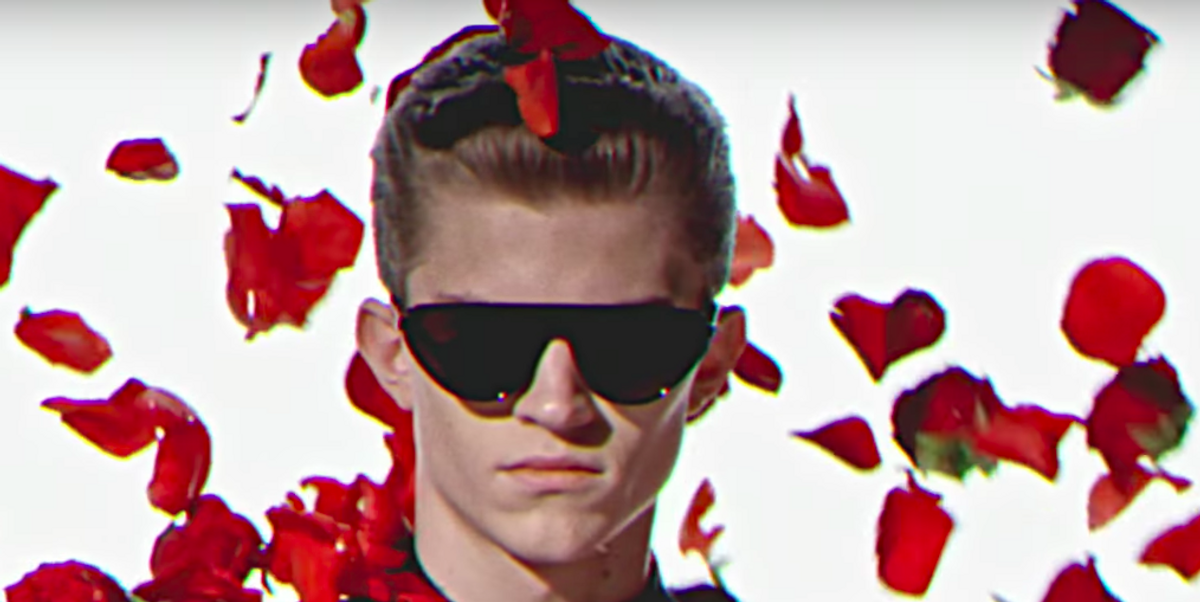 The Pet Shop Boys Are the New Faces of Dior Homme

Kris Van Assche, Dior Homme's artistic director, has made his love for '80s music loud and clear. He enlisted Boy George for the Spring '17 campaign, followed by Depeche Mode's Dave Gahan for Fall '17, and now the synthpop duo Pet Shop Boys has been tapped by the designer to front the newly released Spring '18 campaign.

The duo, comprised of Neil Tennant and Chris Lowe, was photographed by David Sims wearing clothing from Dior's newest collection. The SS18 show, made in collaboration with French artist François Bard, was also a celebration of Van Assche's tenth anniversary with the label. Actor Charlie Plummer, who replaced Kevin Spacey in All the Money in the World, also appears in the campaign alongside a trio of new models.

The Pet Shop Boys also provided the soundtrack for the campaign video, with their 1988 single "Heart" playing alongside retro visuals. Their duo's single "West End Girls" became a new millennial favorite after making a comeback on the GTA playlist.