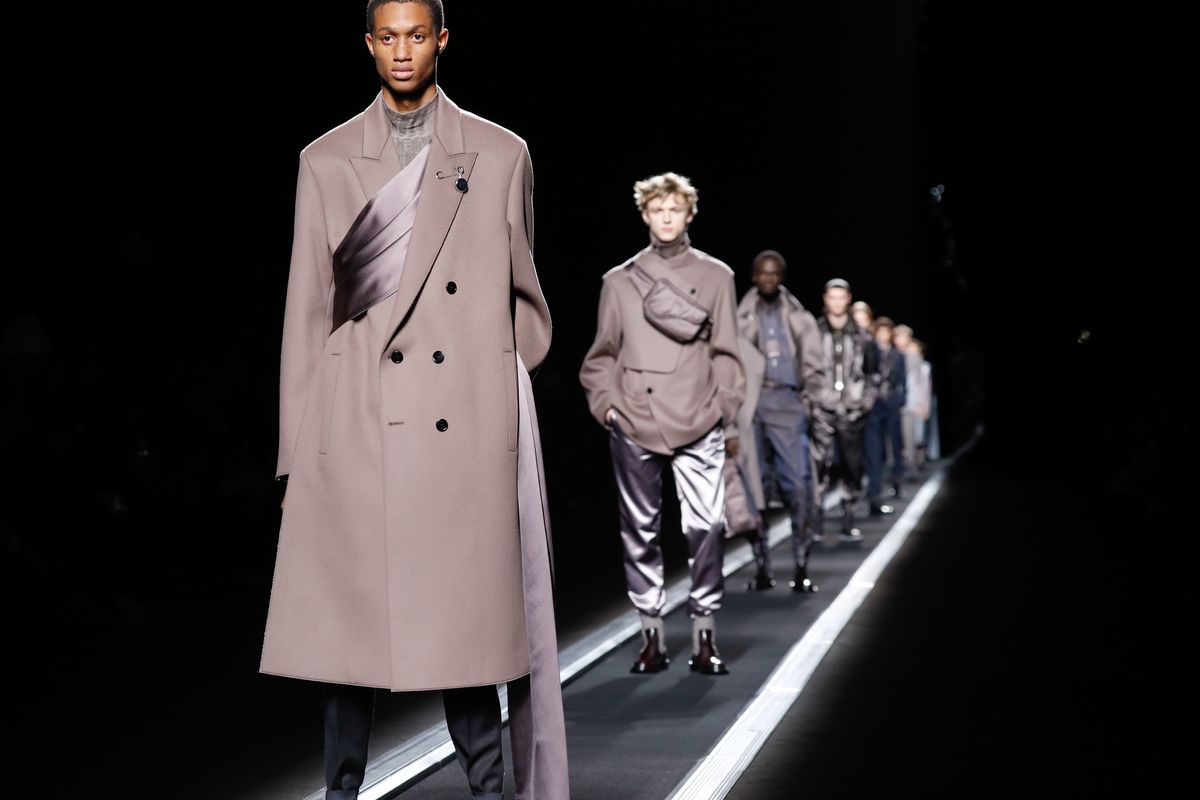 Dior Rides a Conveyor Belt Towards the Future

Ever since taking over the reigns of Dior Men, Kim Jones has managed to translate his penchant for streetwear sensibilities into a sleek yet luxe take on the fashion of tomorrow. Bringing artists like KAWS and Hajime Soriyama to fabricate massive sets for his fantastical runway shows, Jones has worked to bridge the gap between the storied old guard of fashion houses of yesterday and the collab-driven drop-based culture of upstart labels today with the ultimate goal of finally achieving the fashion equivalent of the singularity.

In his third collection for Dior, Jones trudges ahead with his futuristic aesthetic juxtaposing utilitarian vests and shoulder bags with billowy metallic scarves and coats playing on the eternal clash between synthetic and organic. The collection's muted palette certainly gave it a more somber, serious feel but that isn't to say that there weren't a few moments of whimsy injected along the way. Molded leather dog heads playfully poked out of hand bags in what is actually a really cute take on an accessory that has historically had a contentious relationship with masculine identity.

But, by far, the feature of the show that had everyone talking had to have been the moving walkway that allowed stationary models to glide from one end of the catwalk to the other. (Mitt Romney, I see your "binders full of women" and raise you a conveyor belt of men!)

The centerpiece of Jones' collection was undoubtedly the collaboration with esteemed punk-era visual artist, Raymond Pettibon. Enlisting the Sonic Youth and Black Flag collaborator to design a sweater with the artist's own riff on the Mona Lisa, several of Pettibon's works appeared throughout the collection as prints adding a polished-yet-gritty flair to the sleek runway.

Take a look at Dior Men's full fall 2019 collection below: