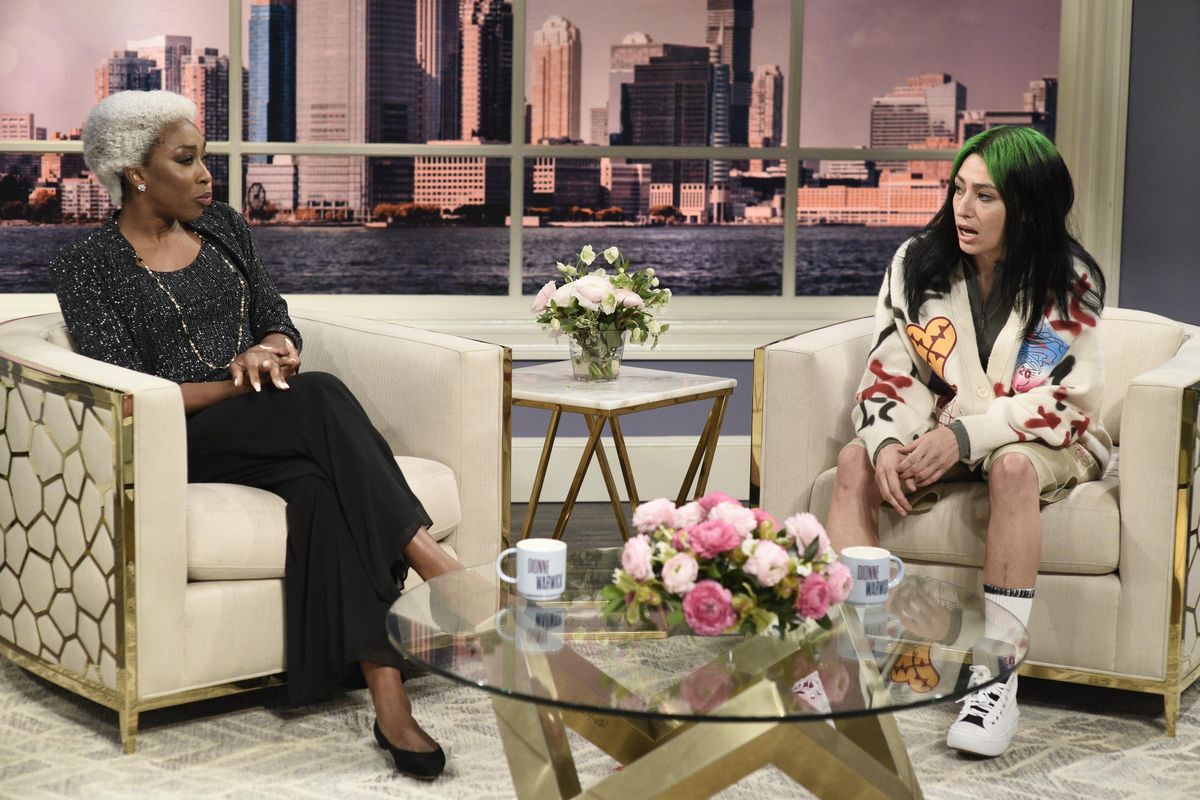 If you're on Twitter these days or watched that Ego Nwodim/ Timothée Chalamet Saturday Night Live (SNL) skit over the weekend, you're probably no stranger to Dionne Warwick's instantly iconic tweets, hot takes and roasts directed at fellow stars.

The R&B legend (whose bio says "I am not writing a bio") has now moved on from asking Chance the Rapper why "rapper" is in his stage name or calling out The Weeknd for "spelling it incorrectly." She says she's now realized that (despite what she heard on SNL once), "William Eyelash" is actually named Billie Eilish, and Warwick referred to her as such in a few December 14 tweets:

"I took the time to check out William Eyelash. Very spooky. Great vocals," Warwick first wrote, and then equated Eilish's vocals to "singing like it is Halloween."

Warwick then clarified confused fans that she first thought Eillish's name was "William Eyelash" from an SNL performance. "I do know her name is Billie now," Warwick assured her followers.

So what does this all mean? According to another recent tweet, Warwick explained in a video that she will be collaborating with Chance the Rapper and The Weeknd on a new song titled "Nothing is Impossible," which could explain her playful banter with the two artists:

We learn that she "edited the tweet herself," and she also shared that she was "so excited" about her new collaborators, all before asking, "who's next?"

This leaves us wondering... could it be Billie? Surely the answer will come in the form of another witty and eloquent tweet from Warwick, so stay tuned.