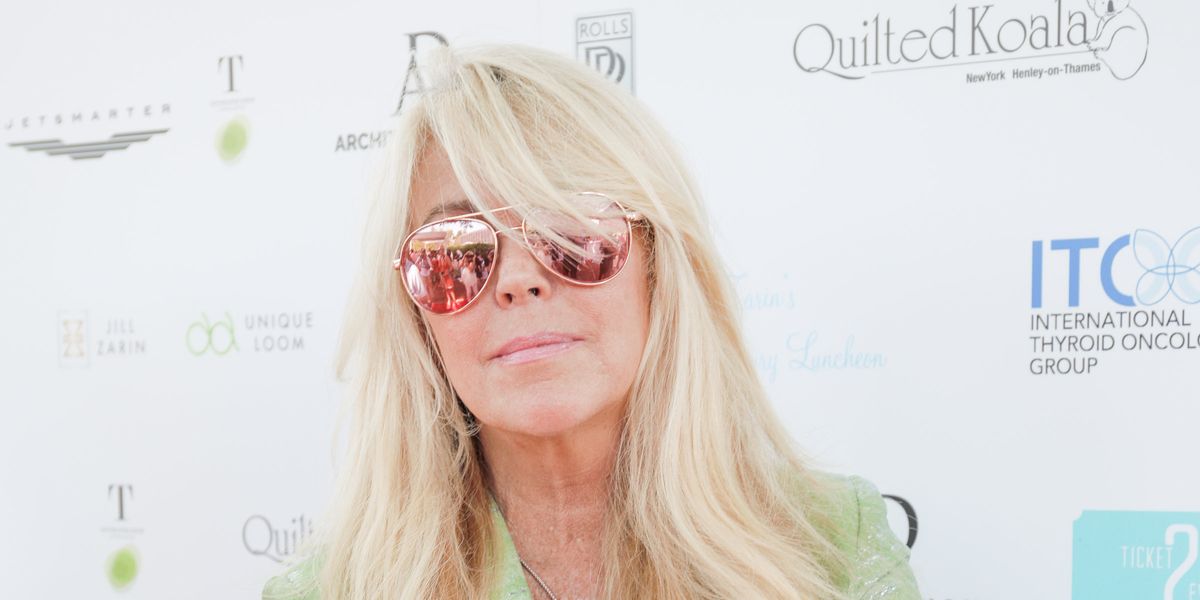 Remember last week when Dina Lohan casually let slip that she had never actually met the man she was considering getting married to in person? Because we sure do, and we haven't stopped thinking about it since.

On last week's episode of Celebrity Big Brother, Lohan told her fellow contestants about the man she's been seeing for the past five years, gushing that "I feel like I know him." "Feel" being the operative word here given that it turns out Lohan has never seen her beaux's face at any point in the relationship despite talking to him on the phone almost daily. This was enough to set off alarms among other cast members that expressed concerns about Lohan possibly being catfished. According to Page Six, her daughter Lindsay, of Beach Club fame, also was dubious about the relationship responding to the show's Instagram "no more weird #catfish please."

If it feels like Nev could appear from around a corner at any moment (which apparently he's actually working on making happen), you are aren't alone. The whole situation is flabbergasting if we are going to be perfectly honest, but if we have come to learn anything about the Lohan family, it's that the drama doesn't end there. According to TMZ, Dina Lohan's supposed boyfriend, Jesse Nadler, insists he is in fact very real and would be down to FaceTime.

Nadler, who thinks being called a "catfish" is the worst insult imaginable, is eager to prove to the world that he does exist and that the couple's love is indeed real. He apparently was even willing to fly out to the Celebrity Big Brother house to surprise Lohan but had to cancel at the last minute because of his sick mother. Instead he plans to FaceTime Lohan after she is released from the show on his newly acquired iPhone, emphasizing that he is fully committed to the relationship.

We're sure everything will end up alright......but on the off chance it doesn't, Dina, give us the signal and we will send in the extraction team in, no questions asked.