People Are Identifying as Digisexual. Here's What That Means.

A term first introduced via Drs. Neil McArthur and Markie L.C. Twist's 2017 Journal of Sexual and Relationship Therapy paper, "The Rise of Digisexuality: Therapeutic Challenges and Possibilities," a digisexual is someone whose "primary sexual identity comes through the use of technology." So if a big part of your sexual experiences and connections with another person have come via things such as sexting or Skype, you're probably also a digisexual.

Falling within this categorization is the use of teledildonics, or tech that helps facilitate remote sex between people. And while teledildonics as a field is still relatively new, it's also one that's growing fast and will likely be widely used very soon, according to teledildonics pioneer and OhMiBod founder Suki Dunham.

Founded in 2006 with the intention of helping "enhance relationships by bridging the intimacy divide that also happens because of technology," OhMiBod was, up until recently, one of the only sex tech companies really trying to integrate interactive tech into sex toys. However, as Dunham explains, the number of new competitors entering the space indicates that people are increasingly drawn to these types of products. Granted, that isn't surprising to her given the fact that technology has become an integral part of everyday life.

"For Gen Z'ers and millennial, they grew up in an age where intimacy was happening digitally," she says. "We already are digisexuals by nature of the fact that technology like this exists, and this is how people are interfacing daily."

While that aspect of digisexuality is likely relatable, as Dr. McArthur tells PAPER, the term still carries some stigma. That's mostly thanks to a second, emerging type of digisexuality — one that encompasses the use of immersive technologies like robots or VR to experience sexual pleasure, sans any other humans.

Though there are a few real world examples of this second wave shift — such as the Japanese man who married hologram Hatsune Miku in 2018 — as Dr. McArthur says, "a lot of it is still quite underground" thanks to misconceptions about identifying as a digisexual. Being digisexual is far more than just marrying a sex robot. As he explains, though they've found a lot of people who do identify as digisexuals during their research, they're "almost never willing to speak publicly" about the matter thanks to the stigma attached to the concept as a whole. But where exactly does he believe this stigma comes from?

Primarily, he attributes it to a mischaracterization of those who use immersive sex tech, particularly sex robots. Because while the many sci-fi stories sexually pairing humans with robots — à la Blade Runner or Westworld — may prove that there's always been "fascination" with the concept, on the other hand, Dr. McArthur notes that this media fixation on sex robots is also rooted in a great amount of "repulsion."

"The mainstream understanding is that it's all just lonely men," he explains, before touching on the fact that people have always been simultaneously intrigued and panicked by anything that has to do with either sex or tech. "Destigmatization [of the digisexual label] means getting past that misunderstanding." Dr. McArthur also believes the sex robotics industry itself helps to proliferate the stigma, as everything "is just so clearly male-oriented and directed at a certain kind of stereotype" — something that Dunham also agrees with. 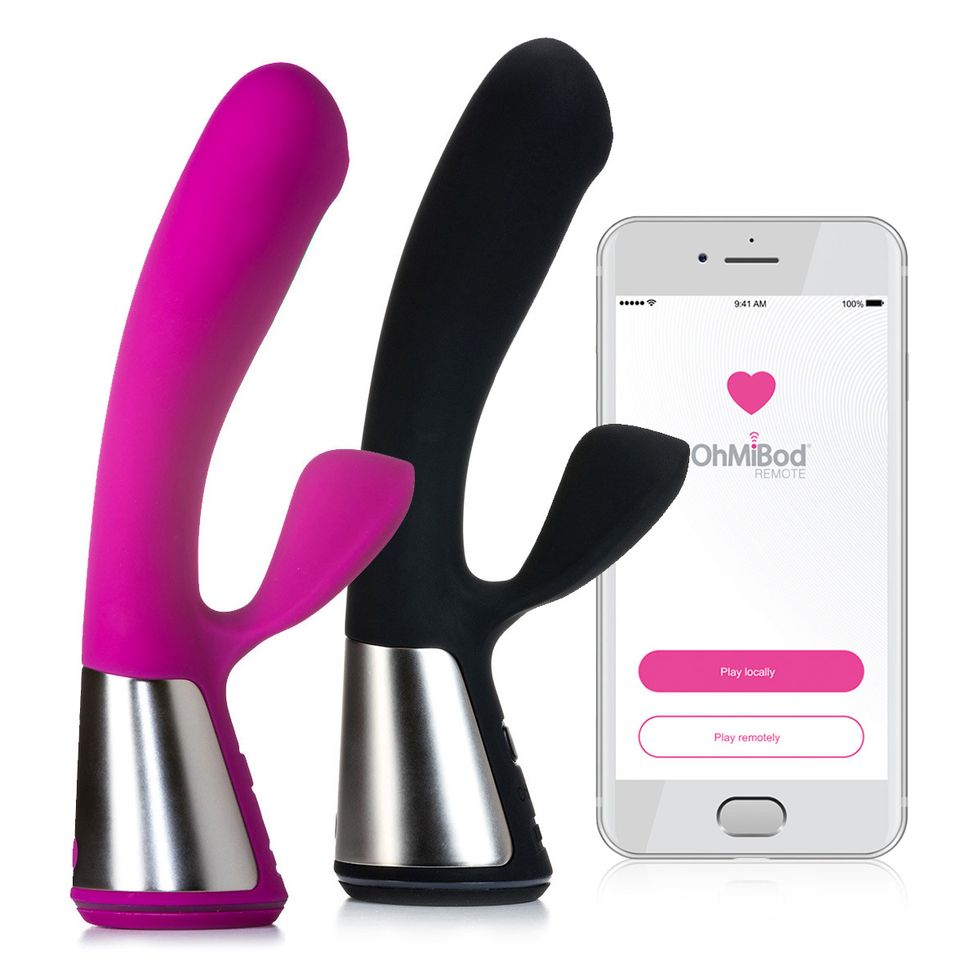 Coupled with this misunderstanding is the alarmist concern that digisexuality will spell the death of real relationships, as people begin to "disappear into their tech." However, this is something that Dr. McArthur also believes is unlikely given the fact that many people are already choosing to be single, with or without sex tech or identification with the digisexual label, for a variety of reasons. Plus, as he theorizes, "while relationships are hard and tech is easy," people will hopefully realize that "human relationships have payouts that people won't forget."

The main takeaway is that many of us are digisexual, though there's a lot of work to be done in terms of lessening the stigma surrounding the concept — even though you'd be hard pressed to find someone who doesn't fall into this categorization. Because unless you're part of the "vanishing minority of people who have no relation to technology or don't use technology in their relationships," there's little reason to be afraid of this terminology, which basically describes a larger shift in the way we approach sex.

So, in short, continue sexting, because digisexuality, and everything it entails, is definitely not going anywhere anytime soon.