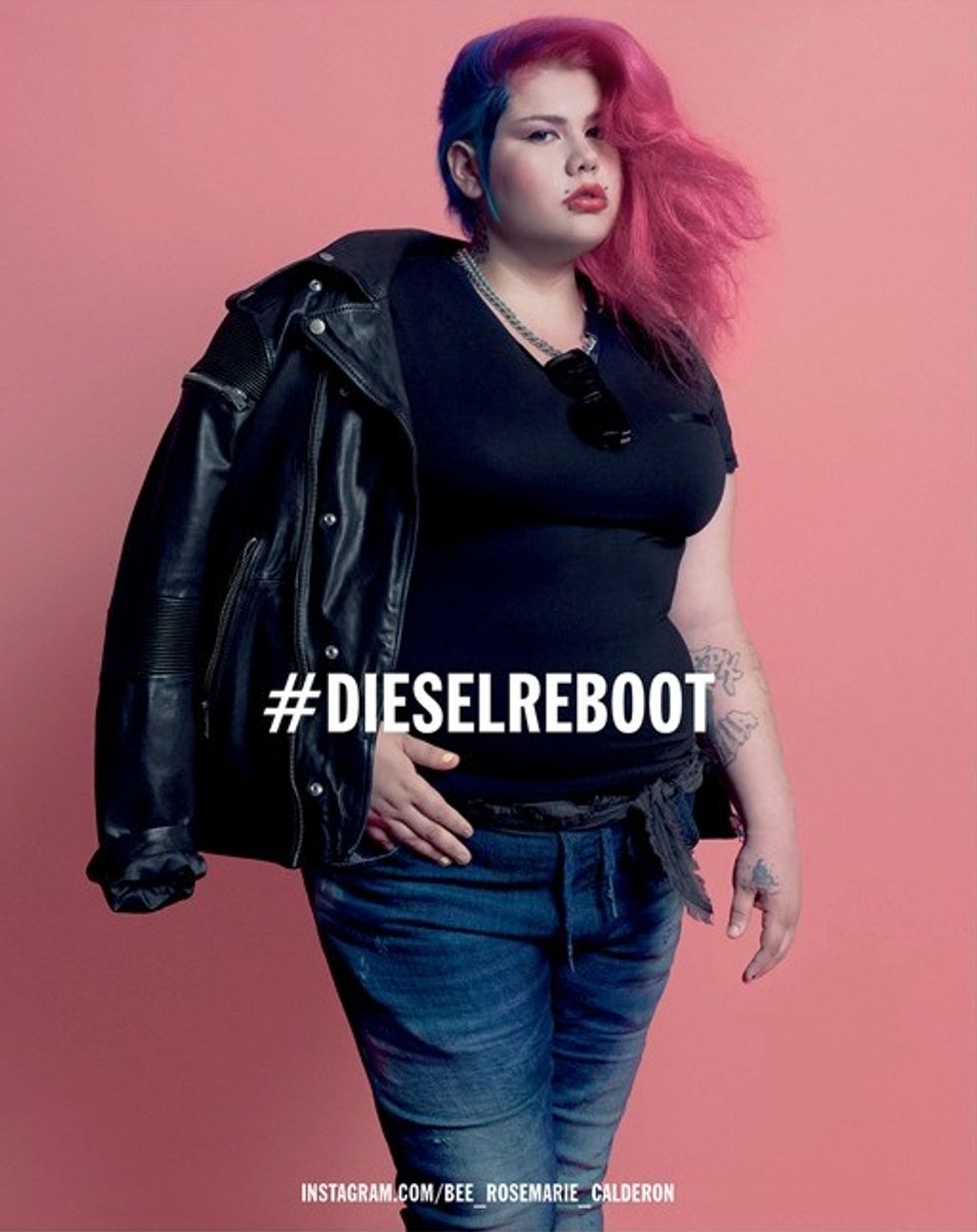 Nicola Formichetti is setting out to revamp Diesel and one of his most visible first moves will be his new ad campaign. Diesel ads have always erred on the side of eccentric -- you could create an entire book of the strange and sometimes hilarious stuff that appears in old issues of PAPER -- but instead of focusing on an odd concept (like the "Be Stupid" campaign), Formichetti instead cast some oddball models -- found via Tumblr and word of mouth -- and made simple portraits overlaid with their social media info. The first few images of the new campaign came out today and indeed, the great Tumblr search seems to have yielded some freaky, wonderful personalities. Most of them are NYC-based creative people like Michelle Calderon, a 22-year-old pink-haired graffiti artist pictured above and hyper-androgynous model Casey Legler (pictured below). For the month of September the campaign will only be published in Vogue, so pick up your September issue and start scouring. 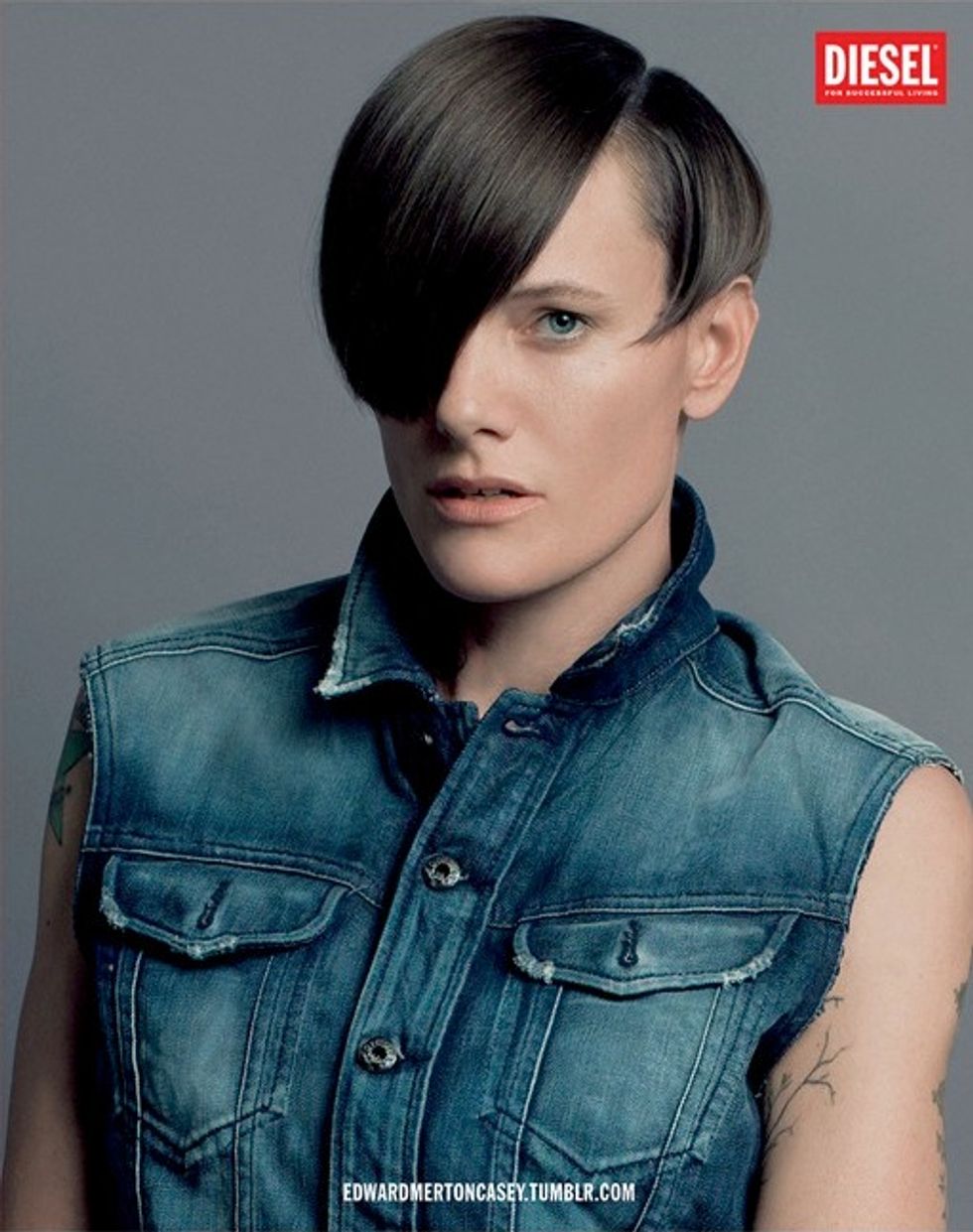 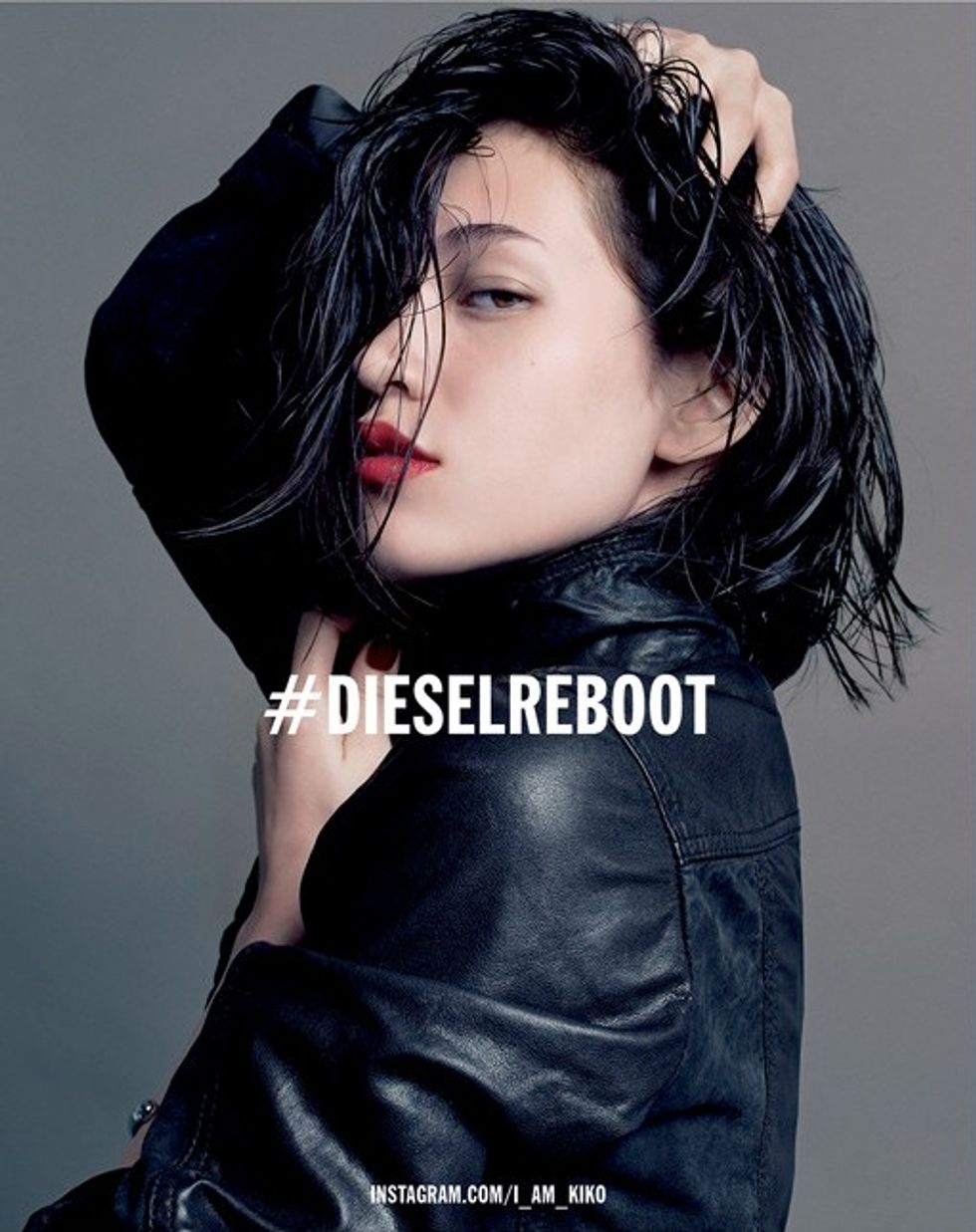 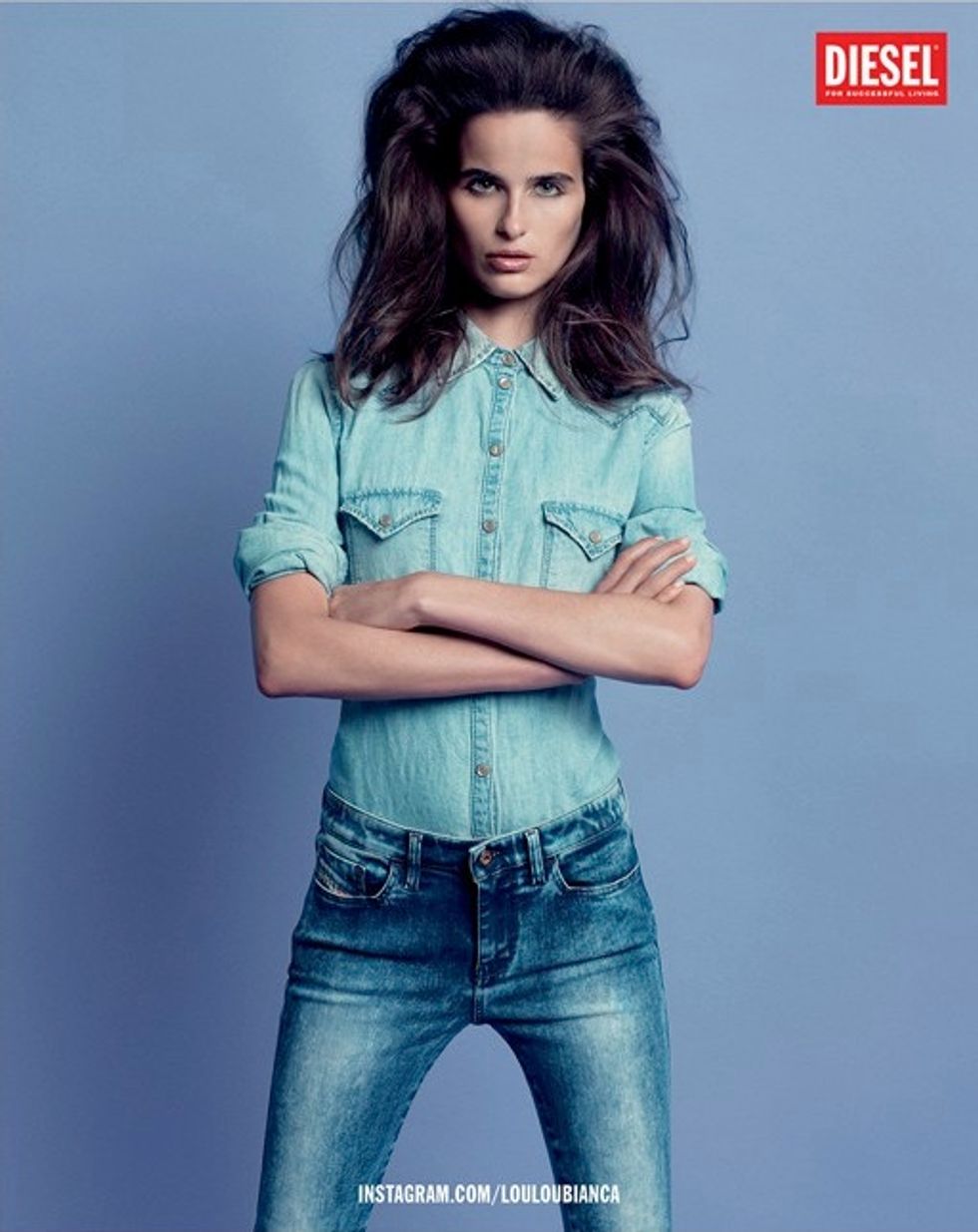