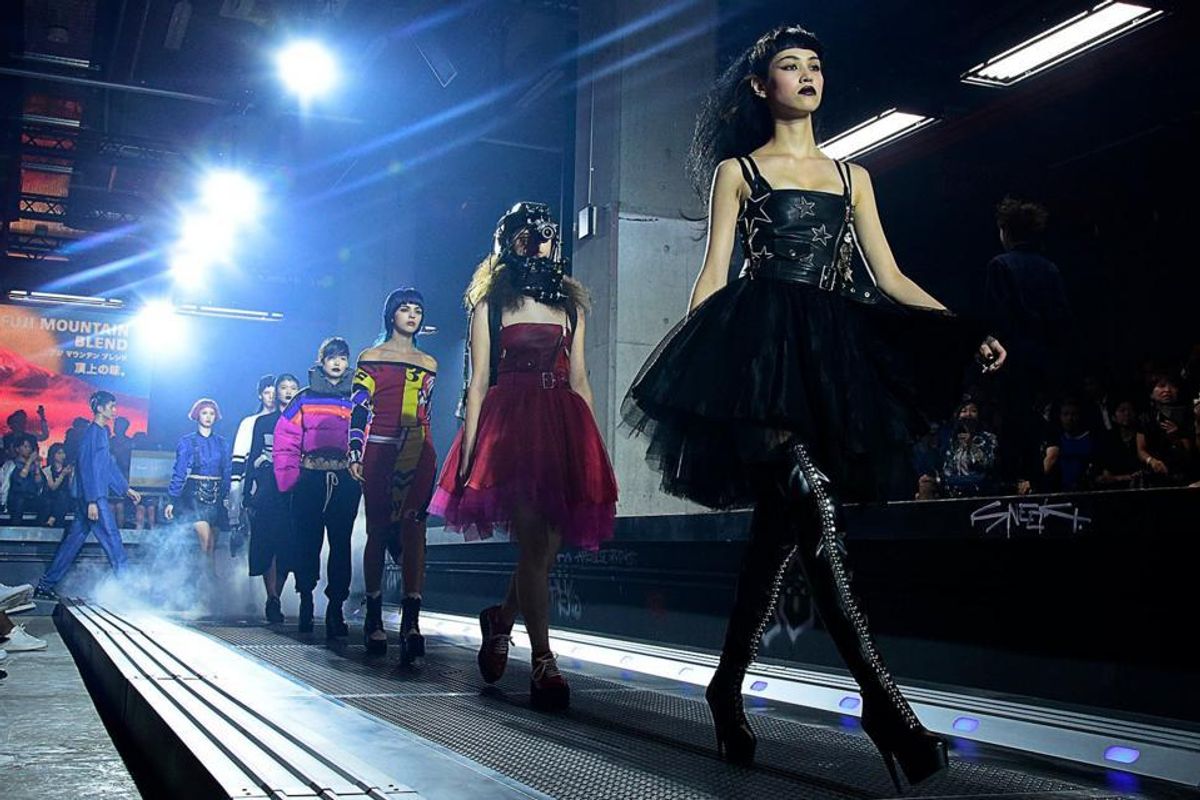 Diesel rang in its 30th anniversary in Tokyo today with a shoppable live fashion show staged by Nicola Formichetti.

Recreating "old school Tokyo" in a huge warehouse, complete with flashing neon signs for karaoke bar and kiosks selling dumplings to attendees, Formichetti combined rock 'n' roll, industrial and sportswear motifs into his latest #ForSuccessfulLiving collection (the campaign for which was shot by Terry Richardson). The brand also debuted a few pieces that are only for sale in Japan, including collaborations with Jogg jeans, N. HOOLYWOOD and Yuko Koike.


The full stream of the show -- which was captured in part of models donning cameras strapped to them -- is up on Diesel's site now. And you can buy looks that went down the runway just hours ago here.

Welcome to the future, y'all.