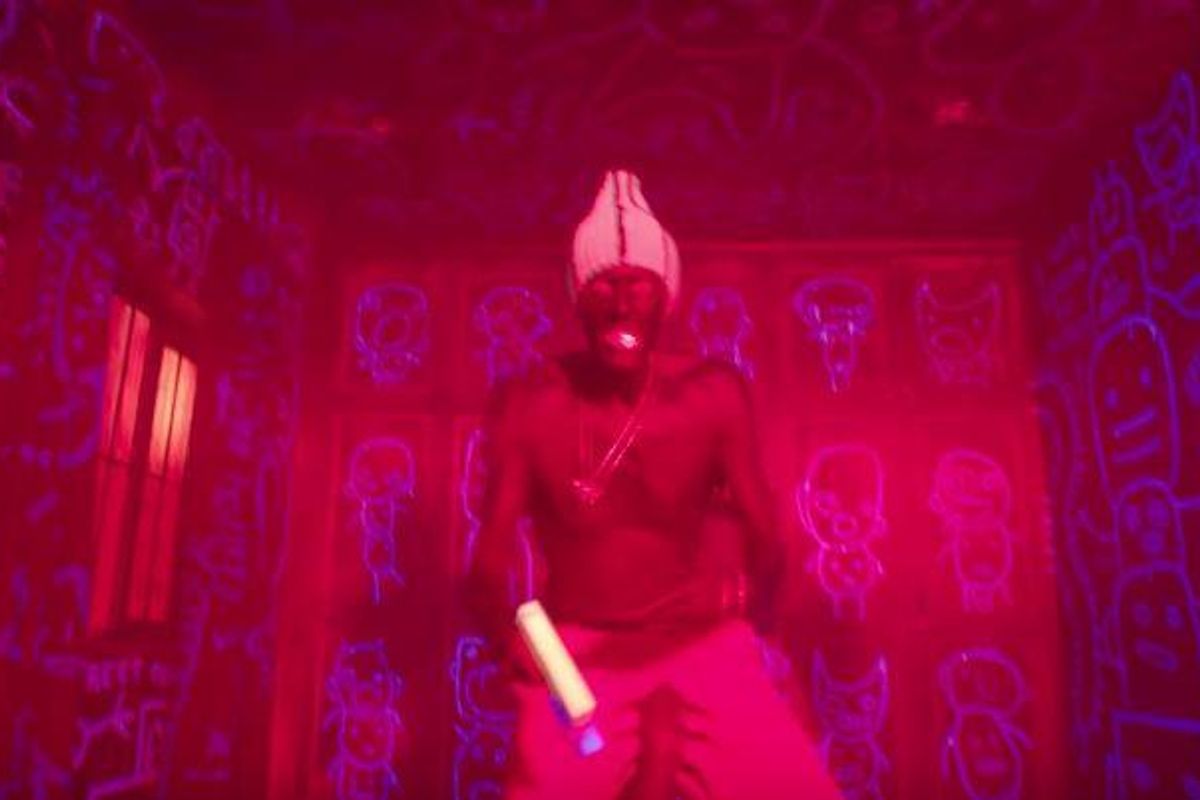 Die Antwoord embark upon a fucked-up rave adventure in their twisted new visual for their track "Banana Brain."

The first single from the forthcoming Mount Ninji And Da Nice Time Kid, the Ninja and Terence Neale-directed video continues the group's penchant for contentious ideas. But this time around their love of controversy comes in the form of a pretty questionable-looking scene in which Ninja looks to be in head-to-toe black body paint and wearing what appears to be a large, spiked strap-on.

As Dazed notes, there are also references to South African Paralympic champion Oscar Pistorius -- who was convicted of murdering his girlfriend Reeva Steenkamp -- including Ninja attempting to shoot a bathroom door down that Yolandi is hiding in and wearing prosthetic leg blades.

Watch for yourself below, but don't say we didn't warn you.